Streaming the '80s: 10 TV Shows to Rediscover on The Roku Channel For Free

Posted atNovember 09, 2021Posted by:Jason GrossLabels#Airwolf, #Cagney and Lacey, #Crime Story, #Hammer House of Horror, #Hunter, #Quantum Leap, #Streaming The 80s, #The A-Team, #The Greatest American Hero, #The Tim Conway Show, #TV Post a Comment
Share
Each month I scour streaming services for 1980s movies and TV shows (as you do most likely if you are reading this.) The Roku Channel has really stepped up its free content overall this year including original programming that came from purchasing Quibi's content. The amount of '80s content has also increased so I thought I'd share some TV shows you can watch right now for free. 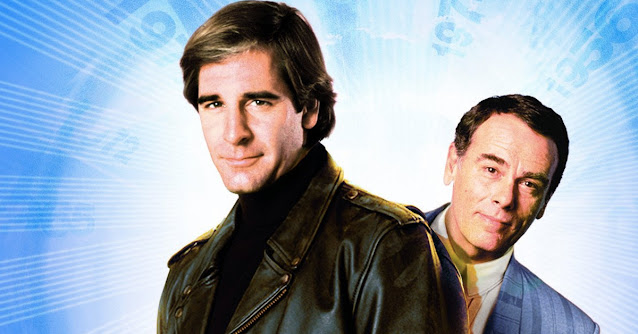 Sad news was just released today that Dean Stockwell passed away at 85 who played Sam's companion Al in the series. You shouldn't need motivation to watch Quantum Leap as it was a great series, but if you want to relive some of episodes in celebration of Stockwell's acting career, you can find all five seasons on The Roku Channel.

The tales of Hawaii's most famous private detective Thomas Magnum was a long-running staple of '80s television. Robin Masters' estate manager Higgins and Magnum's two buddies T.C. and Rick made for a great cast of supporting characters in Magnum, P.I.. (You can also include the Ferrari 308 GTS as part of the supporting cast.) Find all eight seasons now on The Roku Channel. 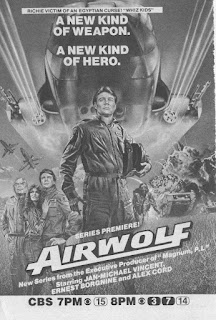 I'd recommend the earlier seasons if you decide to rediscover Airwolf. Grounded over it's $1 million per episode budget, the last season with the new cast and recycle footage was definitely not how most fans wanted the show to end. However, the first several seasons are still very enjoyable to watch. Sadly, this is another series that just lost a star as "Archangel" Alex Cord passed away this past August. Find all four seasons now on The Roku Channel.

While I have not gone back to rediscover The Greatest American Hero in my adult years, I have fond memories of the show as a kid. My mother owned the theme song on a 45 record single and it was among the stack that I would spin on a regular basis. Find all three seasons now on The Roku Channel.

Who needs male cops when you've got these two butt-kicking women? I remember occasionally watching an episode of the ground-breaking cop drama Cagney & Lacey in its original run with my dad. The show was not only popular with critics, earning the lead actresses 6 consecutive Emmy awards, but it also found its audience among poor ratings in its early seasons. Find all seven seasons now on The Roku Channel. 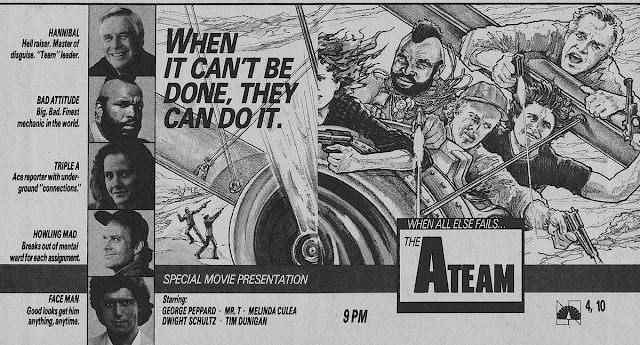 Speaking of vehicles being part of the supporting cast, you can find all kinds of car chases involving B.A.'s beloved black and gray van in The A-Team. One of my favorite shows as kid, I've gone back and rediscovered the series several times as an adult and it's still as enjoyable as the original dates it aired (especially the earlier seasons.) Find all five seasons now on The Roku Channel.

Despite it's relatively short run, Crime Story is still highly regarded for being one of the best crime dramas to come out of the '80s. While stars Dennis Farina and Anthony Denison do a brilliant job in the lead roles, it's the guest stars that make this show a fun one to rediscover. Julia Roberts and Kevin Spacey make their major television debuts. Ving Rhames, Christian Slater, Gary Sinise, David Caruso, Stanley Tucci, and Fred Savage are just a handful of other actors that make guest appearances. Find both seasons now on The Roku Channel. 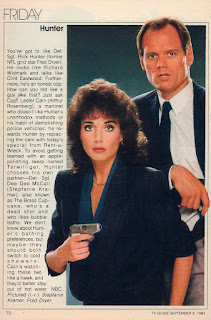 Hunter was another long-running crime drama from the '80s that I also remember my dad watching religiously. While the violence envelope was being pushed in the '80s, I remember this show and Miami Vice being the ones that dad would shy me away from if I entered the living room. I've gone back to watch a few episodes over the years and the violence seems mild in comparison to most shows nowadays. Find all sevens seasons now on The Roku Channel.

Shifting away from crime drama, I spent this year's Halloween season watching several Hammer horror films that I had not seen before. In 1980, an anthology series titled Hammer House of Horror was released on BBC featuring 13 self-contained tales of a different type of horror. So if you have a Halloween hangover and need more witches, werewolves, ghosts, cannibals, and serial killers in your life, check this TV series out. Find it now on The Roku Channel.

The second iteration of The Tim Conway Show which launched in 1980 was pretty much an extension of the successful comedy series The Carol Burnett Show. While it was short lived, the variety and sketch series had a great cast of regulars like Harvey Korman, Miriam Flynn, Jack Riley, and Maggie Roswell. Find both seasons now on The Roku Channel.
While I have suggested just ten shows, there are many more available now on The Roku Channel like Unsolved Mysteries, Highway to Heaven, In the Heat of the Night, 21 Jumpstreet, Wiseguy, Booker, and Stingray. Let me know what show you are planning to rediscover in the comments and be on the lookout for more Streaming the '80s posts.
The easiest way to get connected with Roku and their free content is with one of their streaming players or check out their Smart TVs that come preinstalled with their streaming platform.
Newer
Older