Posted atNovember 19, 2021Posted by:RD80s StaffLabels#1980s, #80s, #Back To The Future, #Batman, #Beverly Hills Cop, #E.T., #Ghostbusters, #Indiana Jones and the Temple of Doom, #Movies, #Raiders of the Lost Ark, #Return Of The Jedi, #Star Wars, #The Empire Strike Back, #Top Gun Post a Comment
Share
Ahh, the 1980s! What's not to love about this absolutely awesome, totally tubular span of ten TV entertainment-packed years? When it comes to the topic of eighties movies, everybody has an opinion on which ones are really the best of the best. Sure, there's something to be said for cult faves like Heathers, The Lost Boys, and Fright Night, the John Hughes' classics Pretty in Pink and Sixteen Candles, and all the cheesy horror flicks that came out during this time. What we're doing below, however, is going by cold hard stats alone – meaning what was earned at the domestic box office, not adjusted for inflation – to rank the ten top movies from the eighties. 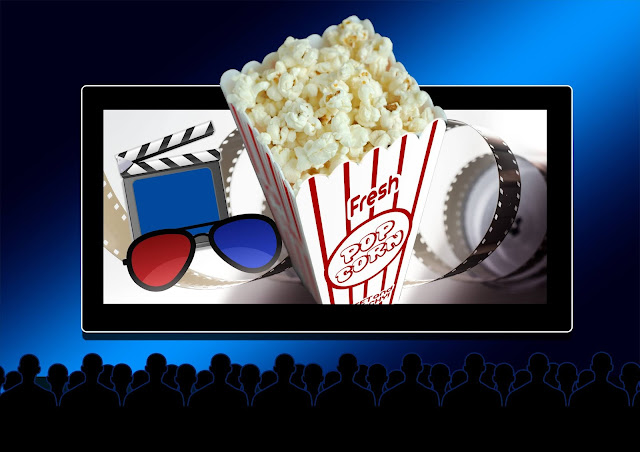 The highly anticipated Top Gun sequel isn't set to hit theaters until 2022. Until then, you're welcome to check out the first one from 1986, which still holds up very well today. Complemented by a soundtrack that includes Berlin's hit "Take My Breath Away," the tale of a highly confident and cocky naval aviator has a little something for everyone. In addition to an action-packed storyline with awe-inspiring flying scenes, there's also an equally compelling love story that unfolds as the movie progresses. It's also the film that catapulted Tom Cruise to mega-star status.

9. Indiana Jones and the Temple of Doom

One of several box office smashes directed by Steven Spielberg, this 1984 follow-up to 1981's Raiders of the Lost Ark earned mixed reviews from fans and some critics for its darker, violent tone and portrayal of Hindu culture. The team behind the franchise got the message and lightened the tone with 1989's Last Crusade, which features a wonderful performance by Sean Connery as Indy's dad. Incidentally, Harrison Ford is set to return to the title role for a fifth installment due in 2023.

8. Back to the Future

Considered one of the top sci-fi films of all time by the American Film Institute, Back to the Future remains an iconic 1980s movie today due to its timeless tale of the time-traveling adventures and mishaps of a teenager who has to get back in time to avoid the pitfalls of an alternate 1985 where nothing is at it should be. Already known for his role as Alex P. Keaton by the time this flick came out, Michael J. Fox gives a standout performance as Marty McFly, as does Christopher Lloyd as the delightfully eccentric Dr. Emmett Brown.

The role of wisecracking Detroit detective Axel Foley shot Saturday Night Live alum Eddie Murphy to superstardom. The top-grossing film of 1984 and the third highest-grossing R-rated film of all time when adjusted for inflation, Beverly Hills Cop gave us many iconic one-liners that still generate plenty of LOLs today when watching this film. The 1987 sequel drew large crowds to theaters as well. Unfortunately, this wasn't the case with the third 1994 film in the series.

So popular it spawned an equally popular and still fondly remembered Saturday morning cartoon series and a breakfast cereal, the original Ghostbusters has earned its place as one of the forever-favorites from the eighties. The paranormal comedy featuring the giant Stay Puft Marshmallow Man and Bill Murray in one of his most memorable roles earned praise from critics and moviegoers alike in 1984. However, this wasn't the case with the 1989 sequel – which got some love from fans, but not critics.

Notice 1984 is the year from the eighties represented the most on this list, and for good reason, too! It's the same year that spawned the box office hits Karate Kid, the original Terminator, and Footloose.

5. Raiders of the Lost Ark

Inspired by popular serialized films from the early 20th century, Raiders of the Lost Ark was a breath of fresh air when it came along in 1981. The action-packed film introduced us to Harrison Ford as a Fedora-wearing archaeologist in a post-Star Wars role that proved to be just as iconic and endearing. Created in the mind of George Lucas and directed by Steven Spielberg, the movie is known for its perfect blend of humor and action.

The final year of the 1980s produced another box office smash that still appeals to fans of the Batman franchise today. This 1989 gem boasts an exceptional cast, with Michael Keaton playing Bruce Wayne/Batman, Jack Nicholson as the Joker, and Kim Basinger as Vicki Vale. The film is noted for its darker tone, which is no surprise since Tim Burton directed it.

3. The Empire Strikes Back

The source of one of the most misquoted quotes of all time (Dark Vader actually says "I am your father" with no Luke in front of it), The Empire Strikes Back was the highly anticipated follow-up to the 1977 film that launched the Star Wars franchise. The storyline of this 1980 film remains very well-known today, so need to recap. On a side note, it's actually the fifth film if you go chronically within the Star Wars timeline.

2. Return of the Jedi

Moviegoers once again flocked to more tales from a galaxy far, far away in 1982 when the third Star Wars movie, and sixth chronologically in the Star Wars universe, came out in 1982. Highlights of what is still one of the rare sequels of a sequel that outdid its predecessor include the debut of galaxy gangster Jabba the Hutt and a tribe of primitive creatures known as Ewoks.

Fans of the lovable visitor from another world are still glad E.T. spent some time on this particular planet before phoning home. Released in June of 1982 and still packing in theaters around Christmastime that same year, E.T. The Extra-Terrestrial easily won over the hearts of fans around the globe. So, it should come as no surprise that it's perched at the top of the heap on this rundown of the top ten highest grossing movies from the eighties. When the movie was released on home video in 1988 it generated even more attention, and an estimated $150 million in VHS sales in the U.S. and Canada alone.
Newer
Older