Posted atNovember 19, 2021Posted by:RD80s StaffLabels#1980s, #80s, #Cagney and Lacey, #Dynasty, #Family Ties, #Hill Street Blues, #Miami Vice, #TV Post a Comment
Share
In television history, the 1980s was a unique era! Several superb, ground-breaking series marked the '80s and left lasting legacies. Many of these are still worth rediscovering or are worth seeing for the first time if you've never taken the time.

Below are the 5 Best ‘80s TV shows to watch right now with your family and friends. 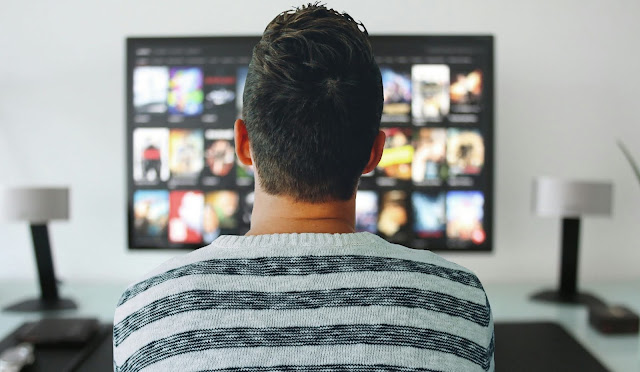 Available to stream on Hulu

Hill Street Blues is a 146-episode American serial police procedural TV series that aired in primetime on NBC. The crime drama series have amazing writers who also wrote other iconic TV shows, including Anthony Yerkovich, creator of Miami Vice; David Milch, writer of NYPD Blue and Deadwood; Mark Frost writer of Twin Peaks; and Dick Wolf writer of the Law & Order and One Chicago franchises, and co-creator Steven Bochco L.A. Law and NYPD Blue. The drama follows the lives of the officers who work at a single police station on Hill Street in an undisclosed big city. The officers with blue uniforms are known as the "blues."
The show was critically acclaimed, and its groundbreaking production techniques impacted a slew of later dramatic television series in the United States and Canada. As a result, the series is the most influential drama series of the 1980s. From 1981 until 1984, the NBC drama won the Emmy for Outstanding Drama Series.

You should thank Dynasty if you've ever watched the Real Housewives. From January 12, 1981, until May 11, 1989, Dynasty was an American prime-time television soap opera that aired on ABC and was created as a competitor to CBS's Dallas. The Carringtons, an affluent family, living in Denver, Colorado, are the focus of the series. It became a hit thanks to a now-familiar formula: beautiful rich people fighting each other. The lavish drama starred Joan Collins and Linda Evans. The series was nominated at Golden Globe awards for 6 consecutive years (1981-1986) and won Best TV series in 1983. Dynasty set fashion trends and delivered truly outrageous storylines about an oil magnate's ruthless family.

In the mid-1980s, Cagney and Lacey is a police procedural drama television series. The American TV series had a pretty remarkable run and aired seven seasons on CBS television. Christine Cagney played by Sharon Gless, a career-minded single woman, and Mary Beth Lacey played by Tyne Daly, a married working mother, are two New York City police detectives who lead different lives. The TV series is set in a fictionalized version of the 14th Precinct of Manhattan (known as "Midtown South"). This buddy cop drama followed the two as they investigated murders in Manhattan.
Sharon Gless and Tyne Daly won the Emmy for Outstanding Lead Actress in a Drama Series for six years in a row (Daly won four times, while Gless won twice). A streak that has only been matched once since in any major category by a TV show.

Miami Vice is an American crime TV series that follows two undercover detectives played by Don Johnson as James "Sonny" Crockett and Philip Michael Thomas as Ricardo "Rico" Tubbs, and their expanded crew as they navigate the dangerous streets of Miami, Florida. The crime series drama was created by Anthony Yerkovich, which Michael Mann produced for NBC.
When you think about the '80s look, you're talking about Miami Vice. The series is hyper-stylized, nihilistic noir with beautiful settings that it's so enticing that if you watch it now, you'll think the linen suit over T-shirt style should make a comeback right away. On television, no one has ever looked cooler than Don Johnson. The violence, the conspicuous consumption of sports cars, expensive clothing, and souped-up speedboats. The Miami Vice theme song, composed by Jan Hammer, is one of the most popular and energetic theme songs of all time, reaching number one on the Billboard Hot 100 singles list in the United States in 1985.

Family Ties is a seven-season American television sitcom that aired on NBC. The sitcom mirrored the move in the United States from cultural liberalism in the 1960s to conservatism in the 1980s.
Family Ties were played by Meredith Baxter as Elyse Keaton and Michael Gross as Steven Keaton, as the ex-hippie and baby boomers’ parents of Alex Keaton, played by Michael J. Fox as the conservative eldest son, and two daughters Mallory played by Justine Bateman and Jennifer played by Tina Yothers.
Set in suburban Columbus, Ohio, during the Reagan administration, the series’ humor centers on the cultural gap that occurred in the 1980s, when younger generations rejected the counterculture of the 1960s and embraced the consumerism and conservative politics that defined the decade.
Newer
Older