Amazing Video Games From The ’80s That Still Hold Up Today

Posted atDecember 13, 2021Posted by:RD80s StaffLabels#1980s, #80s, #Contra, #Donkey Kong, #Ice Climber, #Mega Man, #Pac-man, #Super Mario Brothers, #Tetris, #The Legend of Zelda, #video games Post a Comment
Share
Gamers will tell you that their experience creates immense joy and is entertaining, but they will also tell you something about the ’80s. The ’80s birthed some of the most acclaimed and influential gaming titles. Most gamers agree that this was the era that unofficially began the gaming industry. After all, creators introduced home consoles and classic arcade games to the gaming industry during this time. It also brought forth some powerful and advanced hardware that pushed gamers beyond their limits. We cannot forget the legendary titles and gaming characters that were created then and that is why we highlight the best video games from the '80s that any gamer would enjoy today.

It is undeniable that Super Mario Bros was an iconic video game. It was filled with fun and an adventure that had vibrant colors and characters that were all so cool. In the '80s version, Mario was a plumber. Having been assigned to investigate the New York sewers, he had to fix underground pipes. The job was challenging as the pipes were packed with turtles, crabs, and fireballs. Luigi was, however, there to help Mario and enabled the game to feature a multiplayer mode. With the creation of Mario Bros 2 and 3 later on, the adventure was kept alive, and the two characters faced significant trials.

The Legend of Zelda began the Zelda series. It was extremely popular because it was built as a mash-up of action-adventure and fantasy. Most kids from the ’80s can attest to how popular fantasy and magic were. Tackling weird demons made them feel like adults. You had to be competent to excel in this game. At the start, you saw yourself as an elf (Link), and as the game progressed, you were to rescue Princess Zelda. You were also tasked with saving the kingdom of Hyrule from Ganon, who was an evil warlord. The game was an epitome for different gaming styles like adventure, exploration, and puzzles. 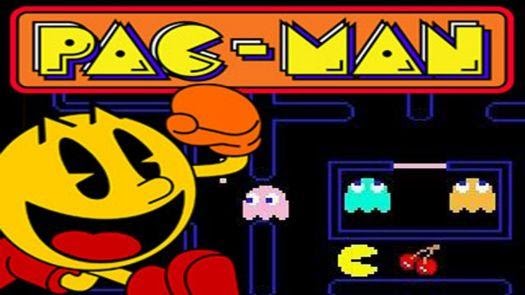 Real gamers cannot forget Pac-Man. This was a maze arcade game that filled your forehead with sweat and made your heart pound. Players found themselves in control of Pac-Man, a yellow-mouthed circle. You aimed to eat every dot within the maze and ensure that the colored ghosts do not capture you before completion. You had ways to slow down the troublesome characters that kept chasing you, and making a wrong turn meant death.

When Tetris made its way into the arcade gaming industry, it took quite a different path. Contrary to competition or adventure, it was a game that matched puzzles. It featured geometric shapes that slowly descended from the board’s top. One could move these shapes to the left or right, but this was the only freedom. The main aim was to form a complete horizontal line that had no gaps from the shapes that were availed to you. Once you filled the line, you earned points and generated board space after the line’s disappearance. If the shapes got to the top with no available space, you lost and had to start again.

Remember the Donkey Kong saga and how he developed into later generations? Nintendo had an arcade in the ’80s for the same. The players had to protect themselves from Kong’s very annoying personality and expertise. Kong would throw down food at the gamer and make life frustrating and challenging. The game had intense gameplay, and it was also complex because of the many levels you had to work through. However, these factors made it even more addictive.

Mega Man II was the game that enriched the gaming formula of run-and-gun. Mega Man battled Dr. Willy and the bosses of the Robot Masters. This made the game an electrifying sci-fi adventure and the definer of the platformer genre. The game was built with a perfect design and became more successful than its first incarnation. The difficulty level was also lesser, which made it more approachable. The platforming was challenging but sharp. The bosses wouldn’t go down easily and particularly not without a Metal Blade. It made an excellent game for those who liked to do more than head jumps.

Contra was the game that made you feel like you were watching a movie like Predator or Rambo II using a console. The gamers were armed with various tactics like powerups, and they also had weapons to help their action. They would shoot guns on a life-threatening island as they fought against an alien menace and mutant soldiers. Without entering the Konami Code, heroes had three lives and were offered one-hit deaths to reach the final boss. We can tell you that this was easier said than done. Only a few were able to get to the end of this side-scrolling title. Contra’s cruelty indeed crushed many controllers.

Ice Climber was a game notorious for its high level of difficulty. You had thirty-two levels to tackle by climbing through them. As you climbed, you could encounter enemies and various obstacles—both of which you had to avoid or conquer to proceed to the next level. The game would end with a final battle between you and the condor that would steal your food- the main reason you climbed the levels. Satisfaction was one thing you earned as you tried to make it to the next level using various techniques.

Without a doubt, the ’80s brought forth profound video games with significant impacts. The games we have highlighted above from back then were simply the best. They created passionate fans due to their vibrant, fascinating, and intense gameplay. The explosion they made created an exciting buzz for gamers. Any video game enthusiast or novice would immensely enjoy them in this 21st century. Any time you are in the mood for nostalgia, you can go back in time by playing these classic game titles. They are favorable for kids and adults.
Newer
Older