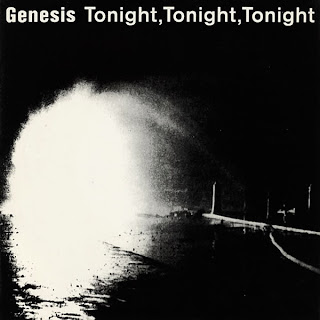 
From the 1986 album Invisible Touch, "Tonight, Tonight, Tonight" was one of five singles to make it to the top 4 on the US charts. There are two common versions of the song, the album version (8:53) and the radio-friendly remix. (4:32) The 12" record single include the remix and an extended mix that added almost 3 minutes to the album version. (11:44) Two other tracks were included on the 12" record single. "In The Glow of the Night (Part One)" was taken from the same Invisible Touch album. The other track "Paperlate" was a previous released single from the 3X3 EP album, which featured the horn section from the band Earth, Wind, and Fire. Before it was released as a single in March 1987, "Tonight" was used in an episode of Magnum, P.I. in February.

Click below to hear "Paperlate", also featured on the 12" record single.