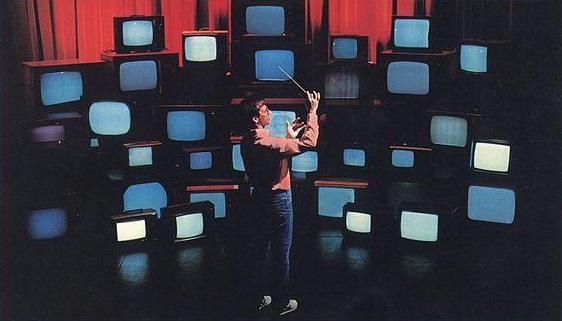 Who is Mike Post? Does his name look a little familiar? Maybe you’ve seen it somewhere before…if you’ve owned a television set in the last 40 years, I guarantee you’ve seen it hundreds of times! Mike Post has produced some of the most recognizable theme songs in television history. The Rockford Files, Magnum P.I., The A Team, Law & Order, Quantum Leap, and NYPD Blue have all used theme songs produced by Mike Post. (And that’s just scratching the surface!!) What composer John Williams is to movies, Mike Post is to television. We’ve grown up with his music, maybe with some of us not even knowing all these great themes could be attributed back to one man. Who is Mike Post? If you know or perhaps think you know, I’m privileged to take you on the Mike Post backlot tour of television history.

Leland Michael Postil was born in Berkeley, California in 1944. The piano was his instrument of choice at the age of six. By the time he was in the tenth grade, he was playing football and then playing music at clubs after games. He reluctantly graduated Ulysses S. Grant High School in 1962 in Valley Glen, Ca, and kept music as the main focus of his life. (Ironically, his graduating class would include actor Tom Selleck, for whose TV show he would compose the theme for eighteen years later!) He would hit the road after high school, touring with the “live versions” of studio acts. With the long touring schedule and an unsuccessful attempt at being a musical artist himself, Post found himself working as a session musician for recording artists. Early artists he played for included Rat Pack members Dean Martin and Sammy Davis, Jr. But playing guitar in a 1965 session for Sonny and Cher which included their biggest hit “I Got You Babe”, would give him a vision for arranging and producing music. He began offering to help produce records for his friends’ bands, just to get his feet wet. That experience then would help him form and produce a band called First Edition (which included Kenny Rogers on bass guitar) from 1967-69. He would produce a record for guitarist Mason Williams in 1968, which would earn him industry recognition. Williams’ instrumental hit “Classical Gas” would earn Post his first Grammy Award as a producer at just 23 years old. The very next year in response to his work with Williams, Post would be offered the position of musical director of the Andy Williams Show and begin his professional career in television. Through the show, he would arrange music for the best and most popular music artists on the planet.

Post’s television theme production career can be attributed to two relationships. The first was with composer Pete Carpenter, who Post met on the golf course in 1968. Carpenter, an accomplished trumpeter and TV musical arranger, would form a working relationship with Post that would last 18 years and over 1800 hours of TV music. Writer/producer Stephen J. Cannell would be the second piece in Post’s career. A chance introduction to Cannell while on vacation would create another friendship that would transition Post from a “rock and roll” producer in his mind to conducting and writing for television dramas.


Rockford Files - Post and Carpenter’s first major collaboration on a television series would be for Toma in 1973, a recommendation from Cannell to creator Edward Hume. Their first real successful show would be the Rockford Files in 1974, of which Cannell was co-creator. With Post’s past connections in the music industry, the theme would be released as a single about a year later and was a top ten hit. It would remain on the charts for 16 weeks and earn Post his second Grammy award.

Magnum P.I. - At a charity event in 1975, Post would run into Henry Mancini, the long time music producer of tv show themes like Peter Gunn and Pink Panther. Mancini would tell Post two words of encouragement…”Your next.” Post would take those words to heart and work on 18 more shows from 1976-79. In 1980, Post and Carpenter would be asked by Cannell to produce music for Magnum, P.I. Post and Tom Selleck had been friends since grammar school, which made the music for the show “easy, because I knew him.” Post's theme was not actually the first used for the show. It was adapted after the pilot and first few episodes.

Hill Street Blues - 1981 was another marker in Post’s career. TV producer Steven Bochco, a friend of Cannell, would hire Post to write the theme for Hill Street Blues. Post watched the pilot for the show and received some direction as to the style of music Bochco was looking for. Thirty minutes later, Post had already stumbled into the theme. It was released as a single featuring Larry Carlton on guitar and was another top ten hit. It also earned Post two more Grammys. 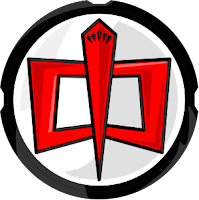 Greatest American Hero - Also in 1981, Post would produce a #1 hit record. It would be one of only a few themes in the span of 18 years that he didn’t collaborate with Carpenter, who semi-retired for about 2 years for health reasons. Post would partner with writer Steven Geyer to create the theme for Greatest American Hero.  Geyer penned the lyrics with Joey Scarbary providing the vocals, a singer that Post had previously produced three albums for. “Believe It Or Not” would top the Record World Chart and peak at #2 on the Billboard Hot 100 chart.

The A-Team - Carpenter would rejoin Post in the studio in 1983 to produce another theme for Cannell, his new show entitled The A-Team. It would be another theme that would come real “easy” for Post, after reading Cannell’s script. Post has made it known several times that the theme is very close in rhythm to "Zip-A-Dee-Doo-Dah," a song from the 1946 Walt Disney film Song of the South.

L.A. Law - Post would go back to work for Steven Bochco and producer/director Gregory Hoblit in 1986, who wanted a theme for their new show L.A. Law. After “hitting a homerun with the Hillstreet Blues theme,” Post struggled to get on the same page with Bochco to try to match the past success. It took Post five attempts to get a theme that everyone would agree upon. The 5th time was the charm as Post would win the Grammy for Best Instrumental Composition in 1988.

Law & Order - Pete Carpenter would pass away in 1987, ending a very successful partnership and friendship. However, Post would continue to produce TV themes with the knowledge and experience gained from Carpenter. Post would get a phone call from former Hillstreet Blues writer Dick Wolf in 1988 about a pilot he was developing. Post agreed to produce the theme and both were very pleased with the outcome. Wolf would pitch the show to CBS and would get turned down for lack of “breakout stars.” In the summer of 1989, NBC saw and liked the pilot and ordered a full season of shows in 1990. That show was Law and Order which would last for 20 seasons. Post would also produced the famous “Ching Ching” sound effect between scenes.

NYPD Blue - In 1993, Steven Bochco and Gregory Hoblit would again give Post a script for a new show, also set in New York City. Over lunch, they would give Post two elements that they envisioned for the theme song…drums and sounds of the subway. Over the course of three weeks, Post pondered over the sounds and took inspiration from Phil Collins’ “In The Air Tonight” to create the theme for N.Y.P.D. Blue. 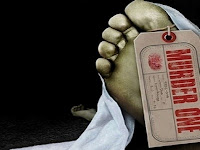 Murder One - In 1996, Post won his first Emmy Award for Outstanding Individual Achievement in Main Title Theme Music. The theme was for Steven Bochco’s show Murder One, which only lasted for two seasons on ABC. Bochco asked Post “have you ever thought of a piece of Bach chamber music with a huge contemporary bottom?” A couple days later and Post had the theme.


Post continues writes themes today including the 2011 documentary titled New York Says Thank You, the 2010 Corbin Bernsen film Rust, and the 2005 TV series Blind Justice. This was really a unique opportunity to write this article. Usually, I’m lucky to get 2 or 3 sources on a topic and then try to cipher them all into a column. This time I got to listen to the man himself. I wasn’t lucky enough to interview Mike personally, but found a 3 hour interview to get the facts firsthand. If you’d like to go deeper, I encourage you to listen to Post’s Archive of American Television interview from 2008. Also, the Stephen J. Cannell/Mike Post photo in this article links to a dual interview that was featured on the Silk Stalkings Season 2 DVD bonus features. As a parting shot, here are a few more Mike Post TV themes throughout the years.

Finally, a personal favorite that I wish would have lasted more than 2 short seasons. Mike Post reworked the original Dragnet theme for the 2003 series.


Several of Mike Post's compilation albums are available on Amazon as well as digital downloads of individual themes.
Newer
Older
Powered by