Save 20% OFF Your ENTIRE ORDER at HalloweenCostumes.com Thru Jan 7, 2022!Click 'SHOP NOW' below to activate our code! 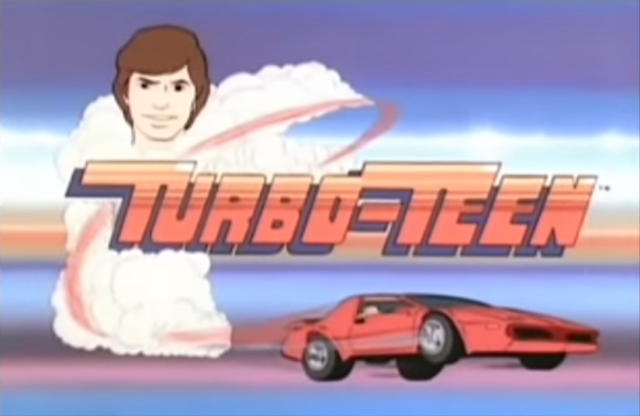 Many of us who were children of the 80s remember watching and playing with Transformers. It's fair to say that we often dreamed of being one ourselves. Well, in September of 1984, the ABC network showed us what it would be like to be human and also a sports car at the same time with Turbo-Teen. During a thunderstorm, teenager Brett Matthews looses control of his car on a wet road and crashes into the government laboratory building. At that very time, he is zapped by a molecular ray that fuses he and his car as one, essentially becoming a human Transformer. 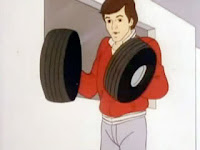 After his accident, the scientist Dr. Chase and a government agent Cardwell try to find a way to reverse the effects of the molecular ray and turn Brett back to normal. But in the meantime, Brett decides to use his new found ability to solve mysteries and help fight crime...wouldn't you? The recurring villain on the show, the mysterious monster truck driver Dark Rider, frequently attempts to capture Turbo-Teen and find the secret behind his morphing ability. One secret we do know is that extreme temperatures control his ability, in that heat turns him into the car and cold reverts him back to human. That secret was kept safe by Brett's friends Patti, Alex, and Brett's dog Rusty.

Turbo-Teen lasted just 13 episodes over the course of 1984-85. However, the voice actors used for the show were some 80s legends in animation. Frank Welker, known for the voice of Megatron in Transformers and Dr. Claw in Inspector Gadget, was the voice for Dark Rider and other characters. The voice for the main character Brett Matthew was T.K. Carter, who is known for playing teacher Mike Fulton on Punky Brewster. USA Network did pick up Turbo-Teen in reruns during its USA Cartoon Express show. There was one toy developed (that I could find) which was a model kit that could be assembled as a car and also as Turbo-Teen. It doesn't appear that the show has ever been officially released to DVD, so until it is check out this episode on Youtube!