25 years ago today on March 9 1987, The Joshua Tree was released. It remains one of only 105 albums to be certified Diamond by the RIAA, selling over 10 million albums in the US. The Joshua Tree is also one of the top-selling albums worldwide with over 25 million total copies sold. Critics definitely agree that it is among the greatest rock albums of all time with Rolling Stone, Spin, Time, and Entertainment Weekly all placing it on their best lists. It transformed the Irish band U2 from "heroes to superstars" according to Rolling Stone. Had lead singer Bono not had such an "incredibly bad year" in 1986, the album most certainly would have been much different. 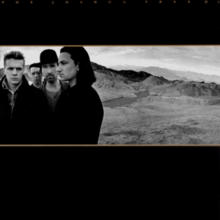 Bono, the sole credited lyricist for the album, penned the words as he struggled with events in his life. He lost his personal assistant in a motorcycle accident. His marriage was struggling as he tried to balance his fame with his home responsibilities. His unsettling views of the United States and its foreign policy also came to the forefront. The imagery of the desert communicated the overall feeling of himself and the band, as a barren isolated place but also as a blank canvas according to bassist Adam Clayton. Working titles for the album were "Desert Songs" and "The Two Americas", but after traveling with photographer Anton Corbjin in the Mojave desert, encounters with Joshua trees prompted Bono to suggest the final album title. He liked the mystique of how Joshua trees were reportedly named by the Mormons who likened them to the Biblical character Joshua praying to God.

Musically, the band reflected more of their influences from Bob Dylan, Keith Richards, and Van Morrison. Bono's strong spiritual and politically driven lyrics combined with The Edge's signature sustained guitar play gave U2 the album that would define their career. It made history as the first album to be released on vinyl, cassette, and compact disc on the same release date. It would reached the top of the charts in over 20 countries. In the US, it debuted at #4 on the charts, the highest debut in almost seven years. It would eventually reach #1 and remain there for nine weeks. At the time it became the fastest selling album in British history with 300,000 copies sold in just two days. 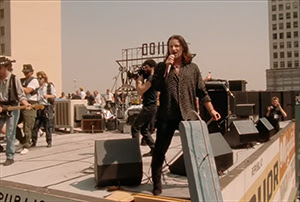 Three singles from the album were released in the US. "With or Without You," a song about Bono's aforementioned struggle with the wanderlust of the band's musical success, became their first #1 single in the US. The predominantly bass-driven track was a change for the band. Original takes of the song were too melancholy according to the band which caused them to enhance the bass and add prototype guitar sounds. The follow-up single "I Still Haven't Found What I'm Looking For" scored their second consecutive #1 single in the US. Larry Mullen's unique drum beat became the drive behind the track with Bono's lyrics inspired by a line in Bob Dylan's "Idiot Wind." The original demo of the single titled "Desert of Our Love" appears on a bonus disc on the 2007 remastered album. "Where the Streets Have No Name" was the third single released from the album and perhaps their most iconic track. Even though it peaked at just #13 in the US, the heavy airplay of the music video on MTV produced a signature moment for the band...the concert atop the Republic Liquor Store in Los Angeles. 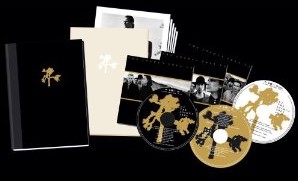 The Joshua Tree helped U2 win its first Grammy Awards in 1988. Awards included Album of the Year, Best Rock Performance by a Duo or Group with Vocal, and Best Performance Music Video for "Where the Streets Have No Name." Five years ago for the 20th anniversary, U2 released a remastered edition of the album including 14 additional tracks. The bonus music includes the B sides of the singles released in 1987-88 and also a bonus DVD of rare concert footage.


Join me Rediscover the 80s in celebrating one of the best albums all time!
Post a comment with you favorite song or Joshua Tree memory!
Newer
Older