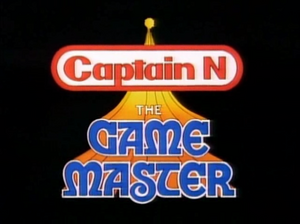 In 1983, ABC had a two year run with a cartoon based on a number of arcade games. Saturday Supercade would feature individual cartoon episodes of beloved game characters like Q*Bert, Frogger, Donkey Kong & Mario, and Pitfall Harry. Five years after it ended in 1989, video games characters would unite again. This time, heroes and villains from the world of Nintendo would be featured on one show, fighting for power of Videoland. Unlikely teenage hero Kevin Keene (and his dog Duke) would lead the team of heroes as Captain N: The Game Master! 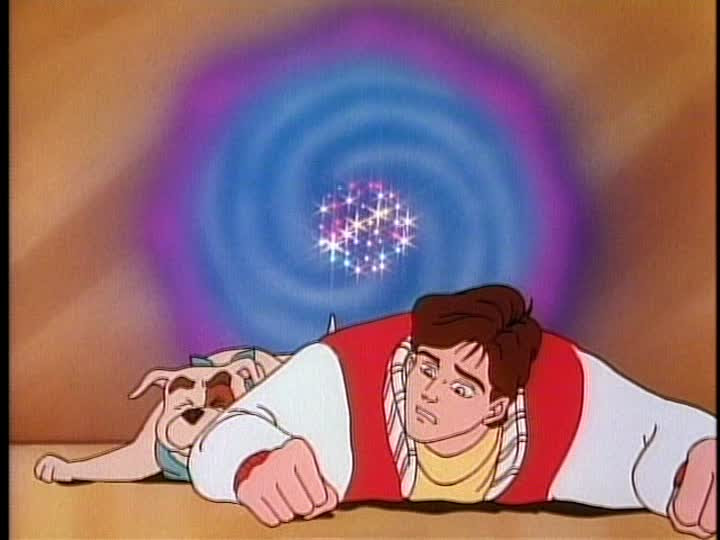 The first appearance of Captain N was in Nintendo Power magazine, created by Randy Studdard as "Captain Nintendo." Soon after, Nintendo sought out DiC Entertainment to produce a cartoon show. Very little was kept from the original story in the magazine and according to Wikipedia, no compensation was given to the creator. In the new show, Kevin Keene and his dog are transported in a warp zone through his television to Videoland amidst a war against the Palace of Power. Armed with a NES controller on his belt and a zapper gun, Kevin fulfills an ancient prophecy to lead a team of heroes to rescue King Charles who has been imprisoned in Mirror World.


The evil team is led by the power hungry and verbally abusing Mother Brain from the floating fortress of Metroid. Her henchmen include the muscle of King Hippo (Mike Tyson's Punch-Out) who could use some spare brain cells and quite frankly a double E cup bra and the equally incompetent Eggplant Wizard (Kid Icarus) who typically takes the "Starscream" approach in trying to come up with his own plans apart from Mother Brain. Other recurring villains throughout the series would include The Count (Castlevania,) Donkey Kong, Dragonlord (Dragon Warrior,) Ganon (Legend of Zelda,) and Malkil (Wizards and Warriors.)

Beside Kevin and his dog Duke, the heroes of the show consisted of vampire hunter Simon Belmont (Castlevania,) the mega-robot Mega Man, flying archer Pit aka Kid Icarus, and Princess Lana who is the acting ruler of Videoland. Other characters featured throughout the series included Link and Princess Zelda (Legend of Zelda,) King Charles and Prince Lyle of the royal Videoland family and Mega Girl. As the travel from one game world to another, others also assisted the heroes. In Season 2, King Charles sends Gameboy to help Captain N with his materializing and computer capabilities.

Captain N would last for three seasons and 34 total episodes before being cancelled. The third season suffered as NBC made budget cutbacks, resulting in lower quality animation and removing characters from the show to avoid paying royalties. In all, Wikipedia cites elements of 29 different Nintendo video games being used in the show. Super Mario Brothers did not have a big role in the show because of its own show around the same time. In fact, Captain N eventually became part of a half hour show with Super Mario World during its final run. Shout Factory released a large portion of the original episodes to a DVD set in 2007.

Most people who remember the show will probably agree it wasn't that great and mainly a ploy to sell more Nintendo games. It wasn't really a favorite of mine and found Mother Brain and Kid Icarus characters quite obnoxious. But the show remains part of my youth and I revere it with the video games it represented, many which I enjoyed. The easiest way to rediscover Captain N: The Game Master is on YouTube. Check out the playlist below with the complete series!


The complete series on DVD is also available on Amazon.
Newer
Older