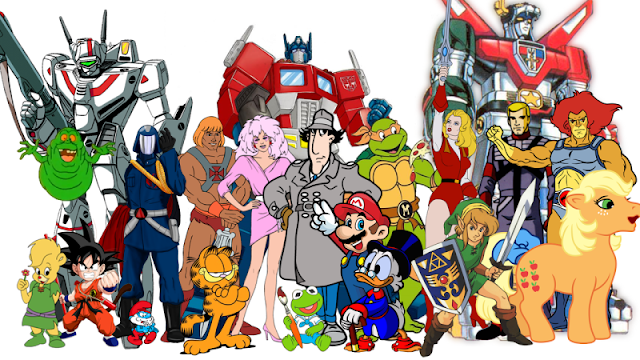 I'm getting chills over the fact that I can program my own Saturday morning schedule with no syndication boundaries! That's right, those weekday afternoon shows are moving to kid's prime time! Here are the cartoons I would choose, but you'll need to get up early to watch them all. Don't worry about breakfast...I allow you to eat your Mr. T's in the living room... 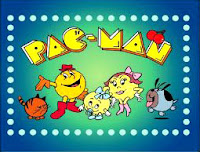 
Video games and cartoons...a match made in heaven. In the first half hour, you'll get everything from Mario chasing down Donkey Kong, the misadventures of Pitfall Harry, Frogger's crazy stories in the Swamp Gazzette, or the fast times at Q*Berg High. Then, it's on to Pac-Land to see if Pac-Man and his family can keep those pesky Ghost Monsters at bay. 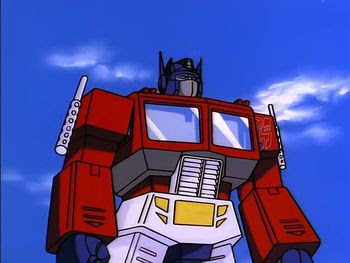 Challenge of the GoBots

Some people complained alot about Japanese import cars back in the day but you didn't get any kids with that attitude in 1984. The original airings of both Transformers and GoBots were just a month apart. The GoBots didn't get a regular series until 1985, which gave Transformers the edge in viewership. Both were similar in that the good robots (Autobots and Guardians) faced off against the bad robots (Decepticons and Renegades.) 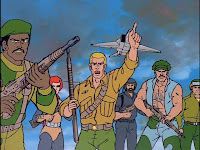 No sense in letting the robots have all the fun. We need teams of soldiers and a secret task force to square off against evil...as long as no one gets hurt and safety is promoted to the fullest extent. These two shows were great because there were so many characters that there was always one member of the team you could connect with. There was just something about getting the bad guys with advanced weapons and vehicles that made the world spin right. 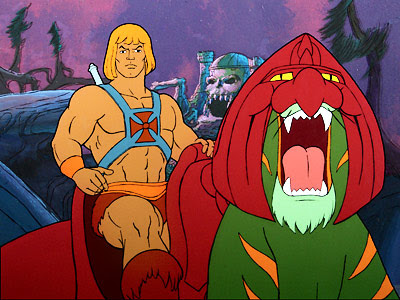 He-Man & the Masters of the Universe

Let's face it...if you carried a mystical sword in the '80s, you were king. But as popular as He-Man and Thundercats were in the '80s, the swordplay was kinda lame. There was very little swashbuckling in these cartoons with He-Man's sword as basically a portable Superman phone booth and Lion-O's Sword of Omens as a glorified pair of Bushnell binoculars. But man, could those swords ever deflect some laser beams. After all, we didn't care about the epic sword-play battles because it was all showmanship. These characters had the coolest weapons on the planet...and they knew it (except when they frequently lost them.) 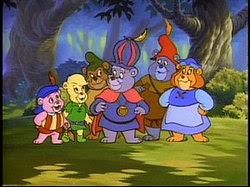 Smurf this, Gummi that...yeah, it kinda got old after 30 minutes but never stopped us from coming back the next week. Smurfs was another one of those cartoons that you could always pick out a favorite. Strength in numbers was their key to victory each week, a fact that Gargamel just never seemed to get. There was also alot to like about the Gummi Bears too, including the theme song. I often wished I had a supply of gummibeary juice so I could bounce up and down my street without my Pogo Bal. Both creatures had that mystical effect that made you wish you were one and at the same time, sympathized with the villains for wanting their secrets.

Well, I'm to a point were I need to start my Saturday morning earlier or I need to drop the morning altogether and just watch cartoons all day on Saturday. There are just so many more all-star shows I want to add including Ducktales, The Real Ghostbusters, Hulk Hogan Rock N' Wrestling, and Voltron. But I guess I'll stick with this list as my favorites. So now the question is, what would your lineup be?
Newer
Older
Powered by