Forgotten '80s TV Shows: Read All About It 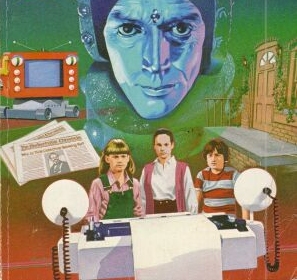 We all have that one TV show or movie that was our introduction to the extraordinary or the supernatural. This show was the one for me. It made such an impression on my young mind in both an interesting and scary way. Read All About It was full of mystery, education, technology, and the supernatural...a kid's show that was truly ahead of its time when it debuted in 1979. Through this one show, my young mind was intrigued with the possibilities of artificial intelligence, transportation to other dimensions, and literary characters being brought to life. If you don't remember it, you can now probably understand why it's not easily forgotten as a part of my childhood memories in the '80s. 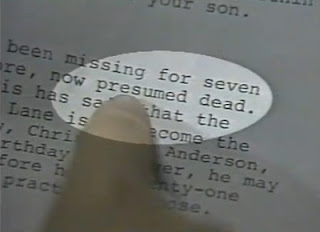 The lyrics to the theme song almost commanded you to get involved. What was the mystery? Where were the parents of the three kids that were constantly accosted by an inter-dimensional being???!!! Actually, the first mystery was the disappearance of Chris' uncle seven years earlier. In his will, an old vacant building called "the Coach House" is left to his nephew Chris for when he turns 21. In the meantime, he is allowed to use it for practical purposes only. So, he and his two friends Samantha and Lynne begin a newspaper called The Herbertville Chronicle in order to use the house. But in fact, the newspaper is mainly a front to explore the secrets uncovered when they make their initial visit to the house. 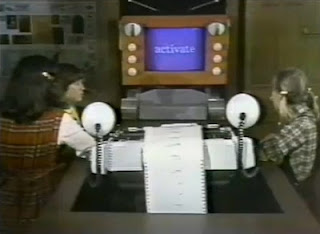 After a message of "help" is written in the dust on a window, the children enter the house and discover two of Uncle Derek's inventions. The first is Otto, a robot typewriter that communicates through it's own print-outs. The second is Theta, a talking computer that visualizes certain spoken words. Theta plays a recorded message from Uncle Derek to Chris in which he asks for help in uncovering a conspiracy and then mysteriously vanishes in thin air. The children start the newspaper to disguise their intentions to investigate in Uncle Derek's footsteps and figure out who is behind the conspiracy. 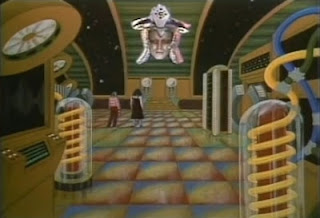 The children also discover that the Coach House contains a transporter built by Chris' uncle. It's later learned first hand that the transporter can take people to another galaxy called Trialviron and also transport story characters from books to real life. Duneedon, the ruler of Trialviron, is revealed as the main antagonist to the children. He is just a head with no body on his home planet, but also has a human alter ego Don Eden who is the mayor of Herbertville on earth. Upon first discovering the transporter, Samantha and Lynne are trapped in the "Problem Pit" on Trialviron by Duneedon. They eventually escape back to earth and continue the journey with Chris to solve the conspiracy and somehow find Uncle Derek. 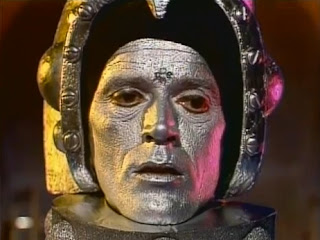 Can you see how I was sucked into this show as a kid? Artificial intelligence, a Scooby-Doo like mystery involving the townsfolk, space travel, a creepy head...I was hooked. The possibility of talking computers or robots was relatively new to me. I can't remember exactly what year I began watching the show, but I'm pretty sure it was before Transformers came out. Duneedon scared the daylights out of me. Aside from the Genesis video "Land of Confusion" that came out later in my childhood, he was probably in most of my nightmares as a kid. This creepy talking head with a ominous laugh haunted me for years, even though he is eventually defeated in the show. He wasn't all that scary physically, looking more like a talking ball of tin-foil than a monster, but it was more of an unknown factor that scared me at the time. Could he be real or could transportation to other planets and becoming trapped be a possibility? I wasn't sure, so that's what I think made it scary...oh, and did I mention the creepy music? Yeah, that too. 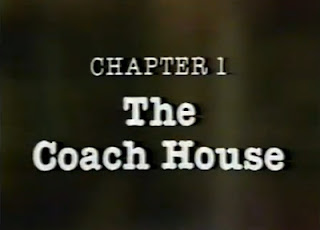 Read All About It came on after school on my local PBS station, although the show was originally produced for TVOntario in Canada. The episodes were only about 15 minutes with each labeled as a "chapter." A summary of the previous episode was displayed at the beginning, so it made it real easy to following along with the story, even if you missed an episode. The first season finished with 20 episodes. A 2nd season also with 20 episodes was produced, which focused more on interaction with historical and story book characters. However, Duneedon and Trialviron were still around and still the main enemy of the children.

I hope I was able to peak your interest to rediscover Read All About It or if it is a TV show that you never experienced, I invite you to check it out on Youtube. All episodes from both seasons have been posted on Youtube with surprisingly good quality thanks to user ReadAllAboutItSeries. At this point with no DVD release planned, it's the only place to watch the episodes. I'm posting the first 15 minute episode below if you would like to check it out. I've made it through 5 episodes so far as I plan to rewatch the entire series myself in the near future. Adventure will be unfolding, so why not get involved??