Forgotten '80s TV Shows: The Voyage of the Mimi 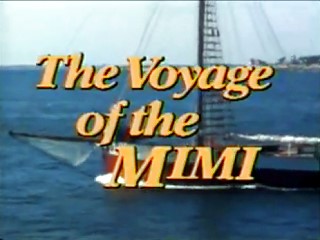 In 1984, PBS mixed drama with educational programming in the form of a 13 episode TV series called The Voyage of the Mimi. Each show began with a 15 minute fictional adventure of the sea vessel and its crew as it set out on a whale documenting voyage. The second half of each episode educated viewers with scientific facts in relation to the fictional story. Actors of the series often interviewed real scientists about the related content in their work environment. The Voyage of the Mimi was a phenomenon among elementary and middle schools of the time with PBS providing student handouts and worksheets based on each episode. It remains as a groundbreaking educational show, which some have criticized but most revere who experienced it. 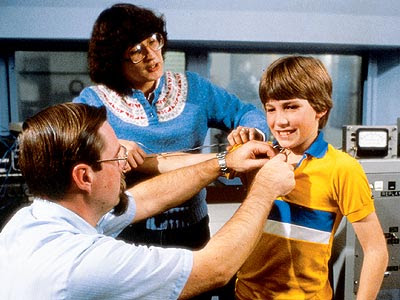 The fictional story of the Mimi revolves around Captain Clement Tyler Granville, played by Peter Marston who was an actual scientist at MIT. He invites his grandson C.T. on a summer trip aboard the Mimi along with other scientists and students to take a census of whales off the coast of Massachusetts. C.T. Granville was the first role for actor Ben Affleck at the tender age of 12 years old. Humble beginnings for the actor who has been quoted as saying that he didn't enjoy the experience. But for those of us who remember Affleck and Marston as the Granvilles, the experience was much more satisfying...mainly because we got to watch television into the classroom! 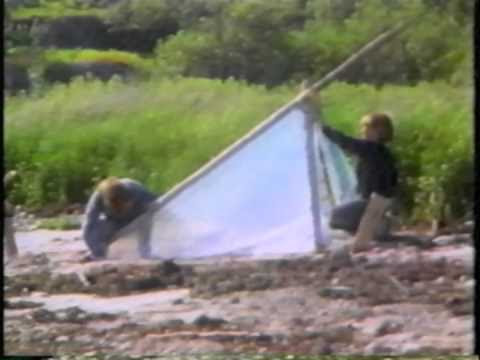 The debate over whether the show was educating kids or just entertaining for them for 30 minutes has been around since the show aired. I must admit that reflecting back to my 3rd grade experience of watching the show primarily revolves around the fictional story. I mainly remember the boat being "shipwrecked" and the crew having to survive off the land for a couple episodes. I believe one episode even evolved around one of the crew members dealing with hypothermia, which does sound more like something my Scout master could've shown our troop to earn a merit badge. So does having the fictional story as my main memory mean that the show failed to really educate? Maybe. I mean, I don't remember what the handout or learning material looked like. But the argument that it was an education tool for lazy teachers sounds a bit over the top to me. It was a ground-breaking show that the Bank Street College of Education thought was worth funding and I'm sure teachers enjoyed a change of pace from lecture-based teaching.

The Star of the Show 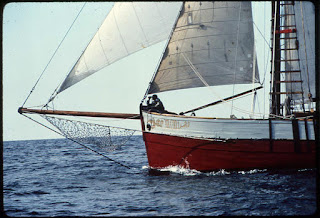 By the time the Second Voyage of the Mimi aired in 1988, it was clear that the Mimi had become the star of the show. Marston aka Captain Granville actually became the new owner of the ship and planned trips to the Gulf of Mexico each year with planned stops at ports along the east coast. "Mimifests" were held where students and teachers could see the ship and attend presentations about ocean life. Marston sold the Mimi in 1999 which was the beginning of the end for the vessel. The company that bought it went bankrupt and it was repossessed. The ship was sold at public auction and a plan was in place to restore it. The cost proved to be too high and the Mimi remained docked in Boston up until 2008, when it was learned that a homeless man was living aboard the ship. After being evicted, the homeless man returned to sabotage the ship by removing plugs and allowing it to sink. The ship was recovered two weeks later and sat docked through 2011. Another attempt was made in 2010 by University of Vermont graduates to restore the ship, but again it proved to costly and the ship was scrapped in July of 2011.

It's pretty sad that a piece of history beyond the television show (Germans seized the ship during World War II to sail supplies to Brittany coast) was not able to be saved. Sometimes misuse can ultimately be too great to overcome, I guess. But even though the Mimi does not physically exist for us to enjoy, the memories of those school days in the mid 80s is something that will never be scrapped in my mind. I've taken this opportunity to review a few episodes of the original series over the past few days, which are readily available on YouTube. The show was released on Laserdisc, but has not been released to DVD. However, you can still find the book and VHS series on sites like eBay and Amazon. All 13 episodes are also available on YouTube! Find the playlist here or begin watching from episode 1 below...