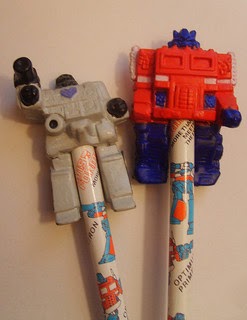 The '80s were notorious for merchandising everything to its fullest extent...and it didn't stop with school supplies. Our favorite characters accompanied us on any item that had space for a sticker or could be molded into a shape. But the irony was, it was a well-known fact that by the time you hit grade school...bring a toy to school and it will get confiscated. But these were SCHOOL SUPPLIES, right! Teachers would never know!

One universal fact about pencils....the eraser always lasts about half as long as the actual pencil does. And if you were like me, you were involved in a contest at least once a school year to see who could use one pencil the longest amount of time. So naturally, the need for erasers gave us smelly rubberized versions of our favorite characters like He-Man and Care Bears. And then came the lie to our parents..."Mom, the teacher won't confiscate it because it's an eraser." Yeah, right. We didn't use them as erasers though did we. If you had the table top desk with the open drawer underneath and scoot-up chair like I did, the pencil tray was perfect for epic battles between He-Man and Skeletor. But who were we kidding? Not the teachers. Here are some erasers I remember... 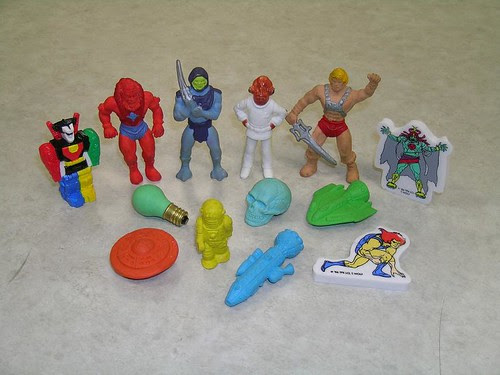 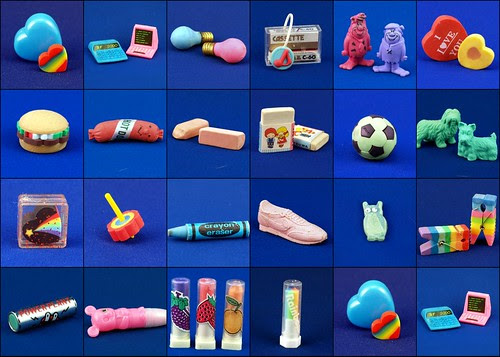 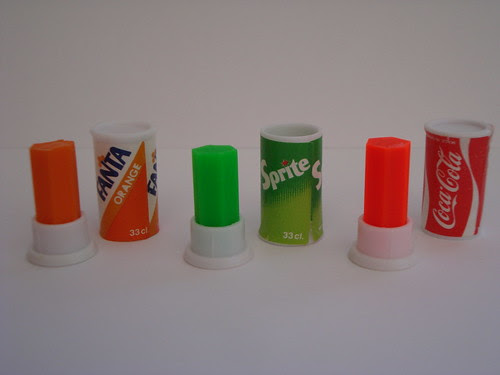 Pencil toppers were always a little bit of a stretch to convince your parents to add to the school supply list. It was nice to have a companion like Snarf or the Snorks when doing your homework. But even if you didn't have any luck with your parents, there was always the cereal box prize! I remember having a couple Garfield "interactive" pencil toppers that when you moved Odie's tail, his tongue would also move. INGENIOUS! But the teachers never bought into those much either. The only ones you had a fighting chance with were the eraser pencil toppers. No not those triangular shaped eraser tops that looked like a Pudding Pop. (Man, were those worthless. They either fell off the pencil or the metal band around the top of the pencil would poke through with any pressure.) I'm talking about cool eraser tops...I remember having the Optimus Prime and Megatron toppers in the headline picture. Those were not blatant toys as were the stand-alone character eraser. And as long as they showed a little wear, teachers might let them slide. Remember any of these toppers below? 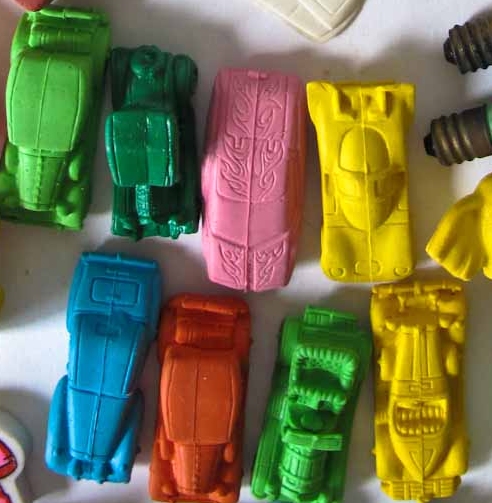 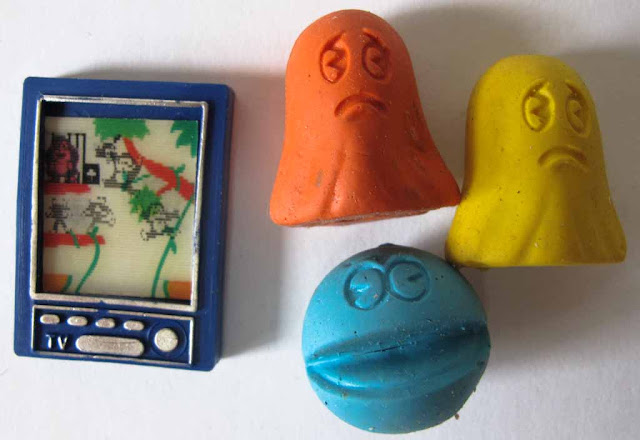 The pencil sharpener provided in each classroom was a bit tricky at times to use, unless you were lucky to have one that was mounted on a wall. We had the suction kind with the little lever that always came loose after a few cranks. Sometimes you didn't want to raise your hand and get up in front of the classroom to use it. Hence, the small portable pencil sharpener was an easy sell to the parents. Besides, it was always handy to have one in your book bag should you want to do homework on the bus (wink wink.) Those little rectangular shaped ones always attempted to peel your pencil like an apple, but at least with the fun-shaped sharpeners, you could show a little flair. I think teachers were more lenient on these than the erasers or toppers, unless you had one of those die-cast brass pencil sharpeners that could've been melted down for musket ammunition (I had the old fashioned telephone.) See if you remember any of these... 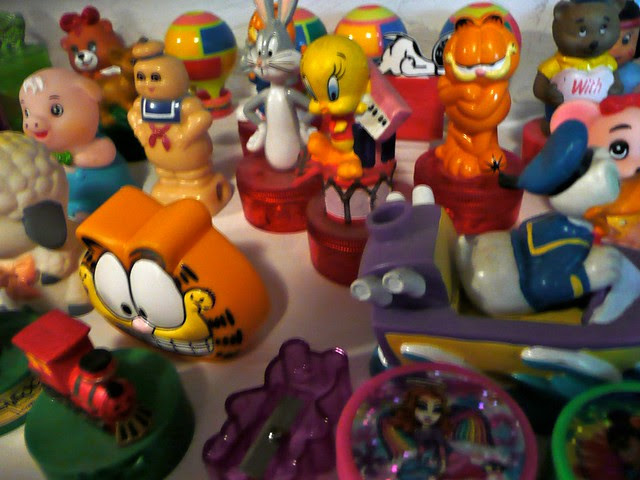 Well, the "jig is up" as they say. Yeah, we children of the '80s tried to pull one over on our parents and teachers with sneaking "toys" into the classroom. But with all of the great cartoons and TV shows, could you blame us for wanting anything that would take our mind off school and help us daydream about driving K.I.T.T. or doing berry big things in Strawberryland?

What are some other '80s school supplies you remember that were pretty much toys?
Newer
Older
Powered by