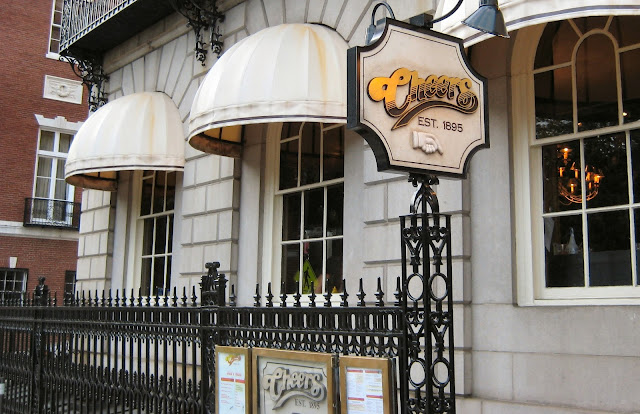 On Sept 30th 1982, the sitcom Cheers made its debut on NBC. One of the most successful and critically acclaimed shows in television history, Cheers ran for 11 seasons and 275 episodes. The show was also nominated for a record 111 Emmy awards, winning 28 times including 6 different actors in the main cast. It safe to say by the time of its final broadcast in 1993, everyone in Boston and around the world "knew Cheers' name."

One of the most beloved characters on Cheers was Hillary Norman "Norm" Peterson, a humble accountant who frequented a cold beer as an escape from his day job (and his wife, Vera.) Played by actor George Wendt, Norm was the only Cheers patron to appear in all 275 episodes. Other than cracking jokes about his wife and having a ridiculously large tab, Norm was widely known for his daily entrance and stroll to his favorite corner seat. The usual "Afternoon, everybody" greeting was always followed by everyone in the bar calling out "Norm!!" Then, usually one of the persons behind the bar would ask Norm a somewhat rhetorical question of "how's life?" which was undoubtedly answered with a pithy comeback about his weight, job, or desire for a beer. I've found several "Best of  Norm" reels that are sure to please any fan. Enjoy the clips the below...

...and what happens when someone sits in Norm's stool at the bar.
Newer
Older
Powered by