Video Games In The Palm Of Our Hands Handheld Video Games In The 80s

Remember those extremely long car rides when you and your family would travel to Wally World and those family car games became mundane? The license plate game, singing, the one-headlight "padiddles"...they all became old within 5 minutes. Well, those days faded fast as the entertainment gurus ushered in the handheld game consoles! Yes, though we’d love to say that they were birthed in the '80s, the reality is that the conception took place in the mid to late disco decade and later matured into our beloved era.

Today you just need a laptop and a palm grip mouse to play your old handheld games. But without fail, any one of us can remember at least a couple of these handheld games that we’ll touch on as we journey to rediscover 1980s handheld games! 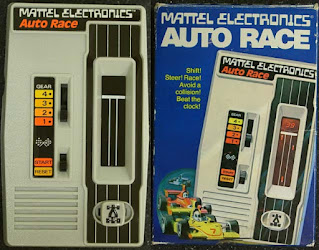 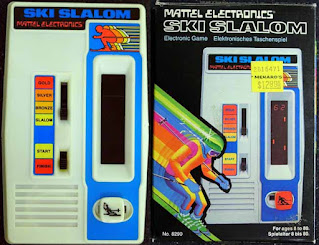 Mattel introduced the Auto Race LED handheld game in 1976 which provided a thrilling alternative to the ever classic padiddle game in the car. It consisted of a blasting 511 bytes of code. Eventually, a Ski Slalom version came out but the downside to the handheld gaming system was that it only had one game. 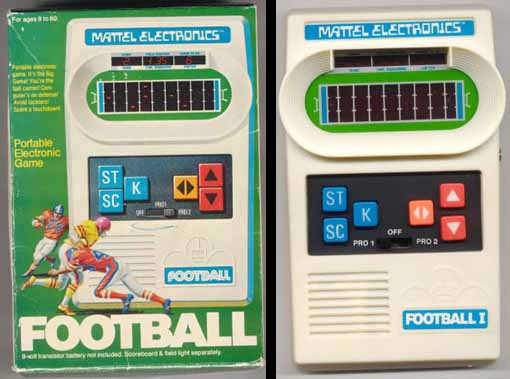 You may not remember the Auto Race game very well, but you are probably familiar with Mattel’s football or baseball games which were introduced around the same time. These games surfaced and became a multi-million dollar success. Many of us enjoyed countless hours of joy watching the red LEDs flash around.

Much like a story book fable, as time and success marched on so did the handheld game console. Technology and innovation gave way to other manufacturers such as Parker Brothers, Coleco, Entex, Bandai, and Milton Bradley who developed or marketed the games. 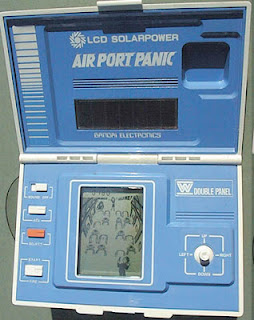 Despite their primitive graphics when compared to today's consoles, the games were still very advanced for their time. One of the technologically advanced devices was created by Bandai in the early 1980s. They produced the first solar powered and 3D LCD handheld games. The 3D effect was produced by using 2 LCD screens, one atop another, for the visual effect. The games included Airport Panic, Frankenstein, Hikyo Amazon, Terror House, and Zaxxon (which was a non-solar powered game). Later, a semi-pocket version of the gaming console became available. 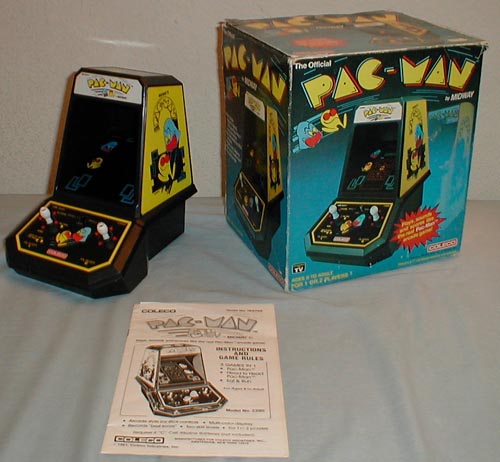 Though not entirely handheld, we cannot exclude the portable arcade games made by Coleco beginning in the early 1980s. You may know them better as the Pac Man, Ms Pac Man, Frogger, Donkey Kong, and Galaxian mini-arcades. Though most had very annoying beeping sounds, these games captivated the arcade addict in most of us; allowing us to have a mini-arcade along for the ride or at least in our bedroom. 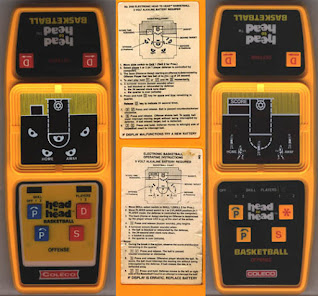 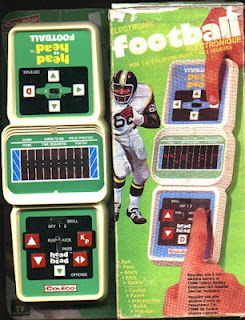 Coleco not only gave us the mini-arcade but they produced the true, multi-player games. This permitted our dear friends or siblings to get involved in the games. 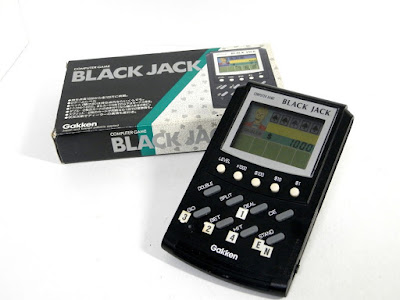 Before we could get our gaming fix online at places like star games casino, we honed our casino skills on handheld games. Black jack, slots, and video poker all became portable with push buttons and LCD screens. 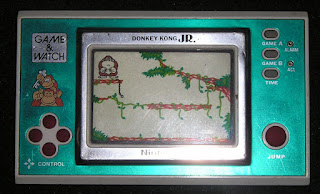 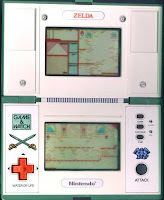 Nintendo entered into the handheld gaming world with the Game and Watch which performed as the title states; it was a game and a watch complete with an alarm. There were even folding versions with a screen on each panel that pre-dated the Nintendo DS. 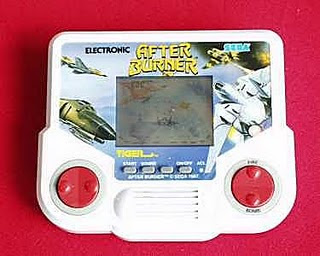 As entertaining and adventurous as these games were, the technological advancements in this realm stalled into the late 80s before revealing the next generation of boredom defenders. Some remained rather primitive in their graphics yet they were advanced in their controls such as the Tiger handheld games we fondly remember. These games were great and had multiple games available that were transferred from home game systems such as Outrun, Afterburner, and Double Dragon. 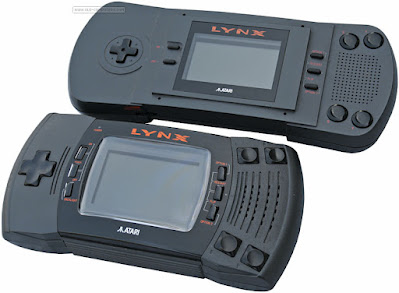 And who can forget the day that Atari and Nintendo went portable? That’s right! The Atari Lynx hit the market in 1987. Though originally dubbed the Handy Game prior to its correct title, it was an innovative leap forward. It was the first handheld game to feature a backlit screen and could network up to 17 other players. However, the cost of these consoles unfortunately led to their brief existence. 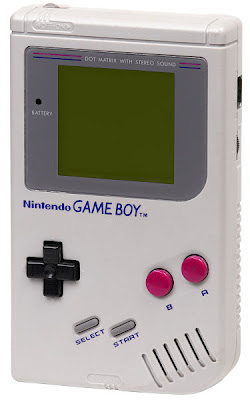 Last but not least, the final 1980s handheld game console to entertain one and all was the Nintendo Game Boy. Though industry critics put down the “basic” ability of the monochrome and lower processor power, Nintendo argued that the lower initial cost and greater battery efficiency were more appealing to the consumer. And don’t forget, Nintendo sunk its hooks into us by including the addictive Tetris and stereo sound to make us drool even more.

Though it seems that we only glossed over the handheld gaming consoles, I think you’ll agree that this was a great time remembering one of our cherished childhood memories.
Newer
Older
Powered by