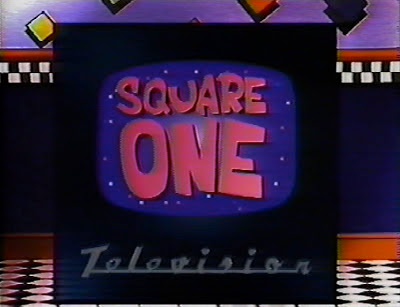 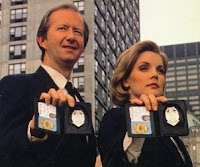 I seem to have a recurring theme with many of these "forgotten" shows...PBS. I think it's actually a testament to how much the network was constantly giving us new ways to learn. From 1987-94, Square One Television was created to teach kids math through sketch comedy, animation, and dramatic parodies. The buzz in American schools during this time was an ongoing "math crisis" among students. The educational show set out to attack the shortcomings of traditional mathematics teaching and present fundamental concepts like counting, estimation, and geometry in a new way. Let's rediscover some the different ways that Square One TV engraved math into our brains on weekday afternoons. 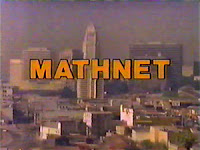 My favorite segment of the show by far, Mathnet featured detectives George Frankly and Kate Monday in a spoof of the 60s television police drama Dragnet. Each episode was split into five parts that would begin with the first Square One TV episode of the week airing on Monday and culminate with the solution to the case on Friday's episode. Over its 5 year run, 30 five-part episodes were produced by Janette Webb, the widow of Dragnet producer Jack Webb. Many celebs would make guest appearances on the show including a recurring role by James Earl Jones as Chief Green. Joe Howard and Beverly Leech would star in the first 3 seasons. Toni Dibuono would replace Leech in the 4th and 5th seasons as Frankly's partner Pat Tuesday.

"The story you are about to see is a fib...but it's short. The name are made up, but the problems are real."

Kids need to learn math skills...kids like Pac-man...have a character similar to Pac-man teach math skills to kids. How's that for simple logic? Mathman was an animated short that appeared frequently between sketches. He was usually given an objective each episode and would scurry around the board in what appeared to be a University of Michigan football helmet and chanting "mathman, mathman, mathman..." until he reached an obstacle. If he successfully completed his mission, he would receive a free game. Sadly, Mathman himself was not astute in mathematics, usually failing to complete his task and meeting his doom in the form of the fiendish Mr. Glitch who would eat him. In later seasons of Square One TV, Mr. Glitch would even get a turn at the board and would be eaten by a large Mathman (or his dog Mathdog) when he failed.

Square One TV featured many different math game shows throughout it's 5 seasons. Many were parodies of actual popular game shows that were hosted by the sketch actors and featured kids who were guests on the show. Piece of the Pie was a survey type show similar to Family Feud except teaching percentages and using pie charts. Close Call was most similar to The Price is Right or Let's Make a Deal but the challenges mainly focused on estimation. Square One Squares (later Square One Challenge) was a tic-tac-toe game similar to Tic-Tac Dough in which the kid contestants teamed up with show actors to answer questions. My favorites where the But Who's... games featuring adding, multiplying and counting. In But Who Counting, each team of kids would spin a wheel and receive a number. They would then use the number to create the smallest (or largest, depending on each show) 5 digit number.

Dirk Niblick & The Math Brigade was a series of animated shorts much like Mathman. Featured in between sketches, each short featured the main character Lt. Dirk Niblick receiving a phone call (usually from his mother which spoke in high-pitched gibberish) and then having to solve a math problem. Sometimes Dirk would assist his friends in foiling scam artists from taking their money or property. Brother and sister Fluff and Fold Noodleman and Dirk's neighbor Mr. Beasley were the other characters on the show.

Square One TV featured sketches of all kinds including drama parodies, music videos, and segments featuring celebrities of the time. There was a Late Afternoon with David Numberman which was a parody of David Letterman's talk show. Another sketch was Backstage With Blackstone which featured magician Harry Blackstone, Jr performing a trick. After the trick was shown (usually with show actors as assistants,) Blackstone would do what magicians would rarely ever do and reveal the secret behind the trick. Another parody was General Mathpital, a soap opera-like show which was set at a hospital like General Hospital.


I don't really have direct evidence that Square One TV improved my math skills in school, other than I scored like 300 points higher on my SAT in math than English. I guess that probably says something. The combination of sketch comedy and animation really worked in my opinion, because I was constantly watching every afternoon after school. Mathnet was the show that really made me want to tune in with the cases lasting the whole week, but the other skits and mini-shows were also entertaining to the point that I didn't want to switch off after Mathnet. Square One Television has not been officially released to DVD, although some episodes of Mathnet were released to VHS in the early '90s. You can, however, find full hour-long episodes on Youtube if you want to rediscover the full experience!