Michael Knight and K.I.T.T. had two recurring adversaries during the history of Knight Rider. K.I.T.T.'s evil twin K.A.R.R. appeared once during the first and third seasons, giving fans the timeless paradox of "what happens when an unstoppable force meets an immovable object?" In season two, a seemingly invincible tractor trailer named Goliath appeared twice, posing a threat to the very existence of Michael Knight.
But which adversary was the best? Longtime Knight Rider super-fan and RD80s contributor Wyatt believes K.A.R.R. was the better enemy. RD80s admin Jason believes Goliath was a greater opponent to challenge the FLAG team. Each will defend their case with you as the judge of who will win this epic Knight Rider battle! 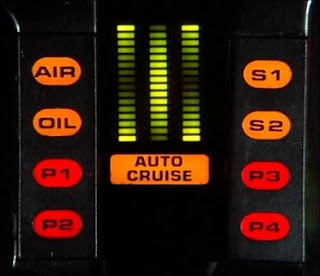 This is a difficult decision. On the one hand you have an equally capable car with the devilish personality to go with it. On the other hand, you have a gigantic tractor-trailer equipped with the molecular bonded shell which makes him structurally superior to the little K.I.T.T. four-wheeler. But K.A.R.R. was the predecessor to K.I.T.T., which means all of the functions between the cars are virtually identical. The difference was K.A.R.R. was programmed for self-preservation. This programming and the fact that he had been turned off and caged by his engineer father enabled him to have a sinister, revengeful attitude. That attitude brought forth an unpredictable Pontiac that used two thieves to recharge and reconstruct his circuitry via the kidnapping of Bonnie. K.A.R.R.'s first appearance in Trust Doesn't Rust pits the two Foundation For Law And Government (FLAG) vehicles in a head-to-head encounter. Michael reminds everyone that though the vehicles are equally matched, it's K.A.R.R.'s programming that will ultimately lead to his demise. This is the inevitable conclusion in this episode, after K.A.R.R. veers from the path of K.I.T.T. in a game of "chicken" and off a steep beach-side cliff.

However, K.A.R.R. survives. His self-preservation lands him on a beach where he rests until a couple of teenagers rescue him from his sand-filled slumber in the K.I.T.T. vs K.A.R.R. episode in season 3. K.A.R.R.'s angst towards FLAG (and more so K.I.T.T.) has increased in that he resorts to stealing a laser pack which was engineered to be used on him. With this additional piece of armament, he is now superior to K.I.T.T. In a desert ravine, K.I.T.T. and K.A.R.R. face off once again. Using a reflector shield that Bonnie installed, K.I.T.T. reflects a laser shot back at K.A.R.R. which leaves him disabled. Both cars turbo boost head on into each other, which leads to K.A.R.R.'s ultimate demise into thousands of pieces. BUT WAIT! K.A.R.R. is still not completely dead as the camera pans and reveals that K.A.R.R.'s CPU is still active. 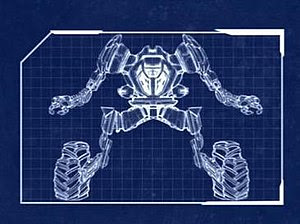 Also in the new (and sadly short lived) 2008 Knight Rider, K.A.R.R. also made an appearance and was voiced by his original actor Peter Cullen. In the Knight to King's Pawn episode, the "Knight Auto-cybernetic Roving Robotic exoskeleton" was portrayed as far superior than even the new K.I.T.T. because of the ability to become a full fledged transforming robot. K.A.R.R. is destroyed again in the same fashion of turbo boosting through the robot after his vital parts are exposed.

My opinion is that K.A.R.R. was a better adversary because of the equal capability and the lack of personality of Goliath. As stated earlier, the main reason is his sinister self-preservation programming which fueled his survival and hatred towards FLAG.

Goliath was an armored cab-over engine tractor trailer. It was armed with 4 missile pods, grill guard, and a molecular bonded shell. Driven by Garthe Knight, the criminal son of Wilton Knight.

Goliath was a beast of a truck. And although was not fitted with K.A.R.R.'s programming, Goliath had a driver in Garthe Knight with motives even greater than self preservation...revenge. Garthe's hatred for Michael, the person that essentially took his place as Wilton Knight's son, was unmitigated. Michael and K.I.T.T. didn't know what to do in the two-part episode that opened season two of Knight Rider. A futile attempt to take out a front wheel on Goliath left K.I.T.T. in shambles. (I liken the moment to when Rocky cut Ivan Drago in Rocky IV.) A seemingly invincible car showed damaged for the first time on the show and we saw that even K.I.T.T. maybe had limits. Michael however also finds a weakness on Goliath. He uses a laser on a patched-up K.I.T.T. to shoot the "fifth wheel" area and detach Goliath from his trailer. Another timely shot from the laser takes out the missiles atop Goliath's cab, causing them to explode. NOTE: Goliath is not totally destroyed, more like dismantled. 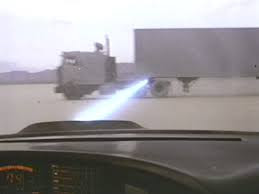 Goliath busts on to the scene once again in the season two's episode Goliath Returns by breaking through the prison walls that hold Garthe Knight. This time Goliath's weakness has been rectified and Garthe is determined to crush FLAG once and for all. Michael and K.I.T.T. truly have no weapons against their over-sized aggressor. In the epic final battle, they resort to using K.I.T.T.'s grappling hook near an incredibly steep (and convenient) cliff and Garthe's lead foot to destroy Goliath once and for all. BUT WAIT! Was Goliath destroyed after the plunge into the ocean or would a little fishing expedition brought Goliath back for a third time?

What I liked about Goliath was the shear intimidation factor. Add in the anti-Michael Knight character and you had a human element that K.A.R.R. simply did not have.

Who Is Your Favorite Adversary?

Now, it's up to you to leave a comment with who made the better case for Knight Rider's ultimate adversary!