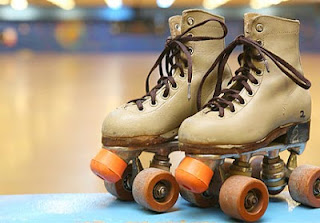 Roller Skate Party Birthday Wish
Yes, folks, today is my birthday. I've been thinking alot about that traditional birthday wish you get before blowing out your candles. I know it won't come true if you tell what it is, but figured a Bill & Ted-like phone booth trip back to the roller skating rink in my hometown probably won't happen anyway. So, I thought I'd share a little about the parties I remember having there as a kid in the mid 80s.

Truth is, I don't need a phone booth ride with Rufus to visit the place I remember skating at the most. The Skate Station in Clearfield, Pa is still in business and offering skating parties to kids! (That just blows my mind.) It was always a great time, whether it was for a party or just a Saturday afternoon. (I'm sure it was for our parents too, when they could drop us off and get away from us for a couple hours.) The Skate Station had all the necessities for having a good time in the 80s: roller skating, popular music, arcade games, and pizza. What more could you possibly ask for? Besides the ShowBiz Pizza Place, which was a pretty good drive from my hometown, this was THE place to have a birthday party. So here it is! Your official birthday party invitation to time travel with me for a party filled with pizza, Galaga, and Van Halen's "Jump" (and hopefully NOT skinned-up knees!) 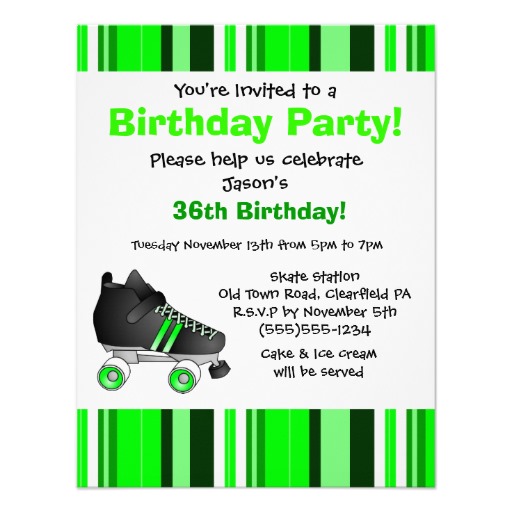 The Skating Experience
I have the luxury of referencing actual pictures from The Skate Station and it appears some of the decor has not changed since I was there!

﻿
The design in the black carpeting looks familiar. I'm pretty sure that has not changed. I know the benches and the round chairs were also there. Once you entered and received your rental skates, it was a quick dash to one of these benches or chairs to put them on. Then it was immediately onto the floor (to the right in the picture) for a couple laps. Skating was a fun experience...once you learned. It was dangerously back when I first started due to the metal guide rails that went around the entire rink. Yes, metal. It was like 6" diameter rebar that was painted black (of all colors.) Once you did learn to skate and got your courage up to go somewhat fast, the black metal railing then became a hazard in the dark. Amazing that I went without a head injury all those years.

Now, skating was one thing...doing cool things while on skates was an easy way to impress your friends. If you could exit the rink with out slowing down, avoid any people, and come to rest on the bench at the back wall, you were cool. Another trick that could either impress your friends or make you lose cool points was making a successful jump up from the carpeted lobby to the cement floor in the food/game area. It was a pretty good sized step and the change in surfaces made it a difficult tasks. It was much easier to jump down, but you could still be left picking yourself up off the floor if not careful. 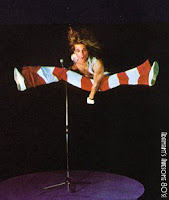 There were a few songs that seemed to always play when I visited the Skate Station. Van Halen's "Jump" was always a favorite among kids. Reason being is you had a chance to prove how good of a skater you were. Every time David Lee Roth belted out "Jump!" it was imperative for you to jump in the air with both feet off the ground. You were definitely among the cool kids if you could make it the entire song without wiping out. You were EVEN cooler if you "jumped" over a wiped out kid. Others I remember hearing every visit were Billy Idol's "Mony Mony" and "Walk Like an Egyptian" by the Bangles. Another fun thing about hosting a party at the Skate Station was that the deejay played your favorite song. One I distinctly remember requesting at one party was "Walk This Way" by Run DMC and Aerosmith.

Skating Games were always very fun. I remember upon hearing the deejay announce that a game was starting, everyone who wasn't on skating floor usually dropping whatever they were doing and skated as fast as they could out to the rink to participate. We always played the traditional limbo game, seeing how low you could go on skates without splitting the crouch of your pants or cracking the back of your head off the floor. There was a racing game too were you battled your friends one-on-one. You started at one end of the rink, tried to efficiently do a "180" when reaching a line, and race back to where you began. My favorite game was called "Four Corners." It was a lot like musical chairs where you would start skating around the rink and when the music stopped, you had to stay in the corner of the rink that was the closest to you. A huge die was tossed with the numbers 1-4 written on four sides and "1 & 3" and "2 & 4" on the other two sides. If your corners were rolled, you were out! Once there were only a few people left, you got a free drink on the house (which seemed to be like winning the lottery to a 10 year old.)

Food & Arcade Games
There was only one meal choice for a skate party...pizza for the main course and cake & ice cream for dessert. The picture below shows the eating area, which overlooked the rink to the left.

﻿
Typically once the announcement was made for the cake, the rink went to "adult skate" for awhile. Most of the time you tried to grab a table by the rink, so you could people watch while you ate. Then once the festivities were a rap, it was usually back out to skating or onto the games. 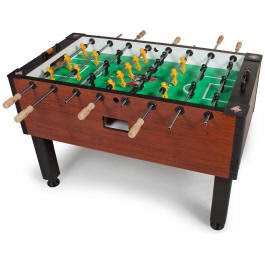 Looking straight in the picture above along the back wall is where the arcade games used to be. They had some classics there like Galaga, Tron, and one pinball machine that was in the right corner. One I also remember playing was Pole Position, which was more interesting than the usual trip to the arcade because of the skates strapped to your feet. There was always a couple times your foot would slip off the gas pedal when playing. Now in the other picture above, there weren't two pool tables back in the 80s...one was a Foosball table which was always a good time when you had a party. I never liked Foosball when it was just you against a friend. But when you had enough people to man every line of Foosball players, it was a great time.

Well, that ends today' skating party. Thanks for coming! And for the present! I can't wait to play RC Pro Am on my NES when I get home! I'll be sure to invite you back for next year's party!
Newer
Older