New Mini-series About the 80s Coming To NatGeo

New Mini-series About the 80s Coming To NatGeo

The National Geographic Channel will be hosting a new six part mini-series about the 80s. Beginning April 14 and running over three consecutive nights, The '80s: The Decade That Made Us will take us on a journey to rediscover the defining events of the decade. According to a recent Hollywood Reporter article, the mini-series will be hosted and narrated by "Brat Pack" member Rob Lowe. Here's a sneak peek...


NatGeo states about the show that:


Despite its reputation for bad hair and loud clothing, the ‘80s was a big, bold time, and just about everything about the era, from the politics and technological innovations to the blockbuster movies, TV shows, and “to the max” fashions, continues to shape the world we live in today.

Two photo galleries are available on the NatGeo website entitled "The Revolutionaries" and "Lift Off" after mini-series episodes. No other episode information is available at this time. DirectTV will be sponsoring the event. Follow the NatGeo Channel on Twitter and use the hashtag #NatGeo80s to join in the 80s fun and also find pics from NatGeo's 80s party at SXSW this past weekend. 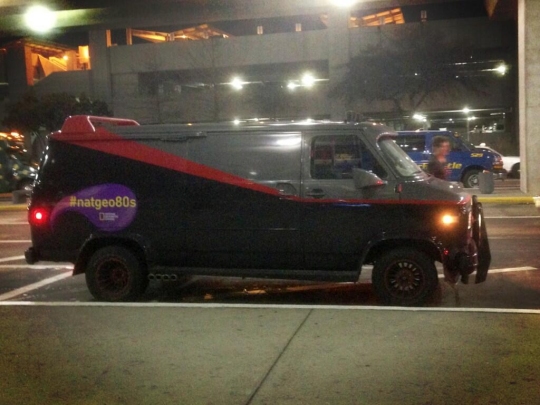