Ready Are You, For Star Wars Pinball? 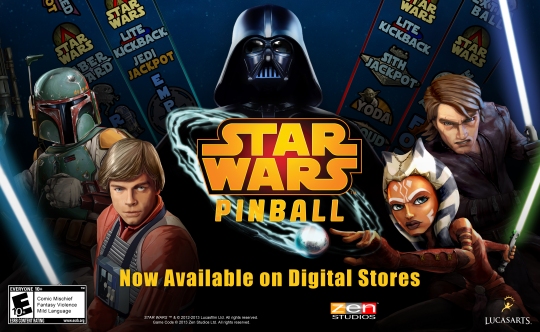 Ready Are You, For Star Wars Pinball?

I'll be the first to admit that I'm not in touch with the video game world since maybe the Sega Genesis or SNES era. Well there was a time when I was addicted to Halo, but my gaming experience nowadays is primarily centered around nostalgic video games and apps. Some that I play on a regular basis (with and without my two boys) include Star Wars Angry Birds, Smurfs' Village, and Jurassic Park Builder. I'm even known for breaking out my NES & Sega Genesis from time to time, just for that throwback experience of a corded controller and an actual game cartridge. But nothing beats a great game experience on your phone or mobile device nowadays to pass the time when you're in the doctor's waiting room. 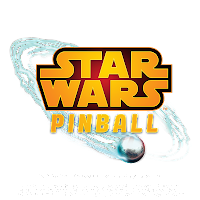 The latest game that gave me the nostalgic wow factor is Star Wars Pinball from Zen Studios. Coin operated pinball has been around since the 1930s and origins of the game itself date to the late 1700s. (Now that's a rich game history!) The 80s were no different for arcade visitors like me back in the day. I remember taking a pinball break just about every arcade visit, enjoying the simplicity of the game and all the new, creative ways manufactures like Williams and Bally came up with to make each game different. Well let me tell you, Zen Studios has taken the best of both the modern day video game and classic pinball worlds and combined them into one great throwback game. Star Wars and pinball fans really need to check out the following trailer...


A trip to the Google Play store and $1.99 is all it took for me to jettison directly into (what most agree as) the best Star Wars film Star Wars Episode: V- The Empire Strike Back. This game has it all...3-D interactive figures and mini-games, movie lines we all know and love, vibrant detailed artwork, and a table sure to challenge the most experience pinball player.

This table has features that were truly meant to rule the galaxy. Among them are a movable light saber chute, two ramps denoting the light/dark sides of the force, and a total of 5 flippers. Within the game, there are also 6 movie scene missions which you can choose to attempt, most bringing an interactive 3D element from beneath the table to the surface. (Watch out for the tie fighters that fly overhead too!) Beyond the traditional feat of achieving a personal high score, there is also an opportunity to join an online community of players. First you must choose a side...will you help of the rebellion or be seduced by the dark side? From there, earn force points to improve your ranking and also earn lifetime achievement badges by conquering different missions during the game.

I'm still a padawan Star Wars Pinball player, but I'd highly recommend this game app. Before I give you my final verdict, I've got to point out that there are two other tables that also reside in this Star Wars Mecca of steel balls and flippers! For you Boba Fett fans, you'll love seeing your favorite bounty hunter in action. The Boba Fett table features Jabba the Hutt lurking about and Sarlacc Pitt waiting to swallow up errant shots. Check out this trailer...


MEGA. WOW. FACTOR. Plus Clone Wars fans can assist Anakin Skywalker and Ahsoka Tano in fending off Count Dooku's droid army on the Clone Wars table! Word has it (and judging by the empty spaces in the app) that more tables are in development too!

For fans of the original trilogy and pinball like me, this game app is by far top notch. As mentioned before, $1.99 gets you the Empire Strike Back table on Google Play, with the other two tables also available for the same price. Totally worth it!! If you happen to have Zen Pinball for IOS or Android, you can also purchase any of the three Star Wars tables as add-ons. And you can also find the Star Wars tables for Pinball FX2 on Xbox 360 or Zen Pinball 2 on PS3.

I'm satisfied with trying to advance on the ESB table for now, but you can bet before the month's out that I'll be on the Boba Fett table too. If you've got a quick review of the game, please leave a comment below. And if my review didn't persuade you enough, read CNET's in-depth review which gave the game 4 out of 5 stars.
Newer
Older