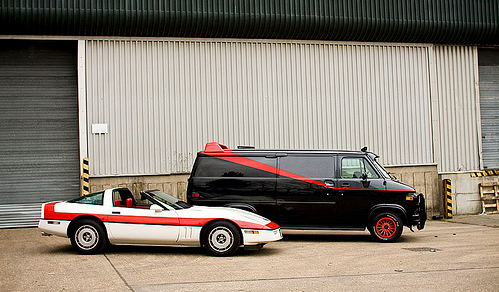 Hollywood and cool vehicles seemed to go together throughout the '80s like Daryl Hall and John Oates. There were whole TV shows and movies based around state-of-the-art vehicles like Knight Rider, Airwolf, and Back To The Future. Some shows also had vehicles that seemed to amplify the characters on screen and although the premise of the show was not based on these rad rides, they became an essential part of each episode like The General Lee and The A-Team van. 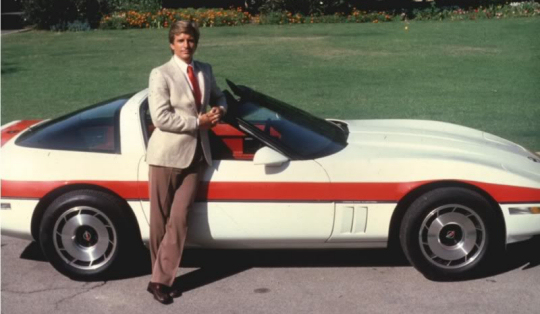 Face's Corvette from The A-Team
Sometimes the man makes the car. Templeton Peck aka "Faceman" was the smooth-talking, womanizing, con man of the A-Team who used his style and charm to get whatever the team needed for the mission. In the second season of the popular show, "Face" got his own ride apart from the van in the form of a 1984 Chevrolet Corvette. The car featured a red stripe similar to the GMC van and all encompassing, high-end style that the character was known for reflecting during his many cons on the show. It would be featured in many episodes over the span of 3 seasons until its off-screen demise in the opening episode of the 5th season.

Santini Air Jeep & Helicopter from Airwolf
Everyone with a supersonic attack helicopter still needs a day job, right? In Airwolf, Dominic Santini's helicopter business Santini Air performed stunts and filming for Hollywood movies and was basically a front for which he and Stringfellow Hawke hid behind when not using Airwolf. The jeep was used regularly in episodes as their usual transport to the secret cavern which housed Airwolf. The helicopter was also used in several episodes, sometimes in conjunction with a mission. The red, white, and blue design on both vehicles symbolized the patriotism of both men who constantly found themselves in harm's way while piloting missions for The Firm.

Daisy's 1980 Jeep CJ-7 & Boss Hog's 1970 Cadillac Eldorado
from The Dukes of Hazzard
With the high-flying stunts of the General Lee as the must see moments of The Dukes of Hazzard, many other vehicles personified their characters on the show. The "Dixie" Jeep that Daisy Duke began using in season 2 made it even more cool for her to join in all the off-road fun that her cousins were having. Subtle changes were made to the Jeep over the course of the show, but the golden eagle on the hood was its signature trademark. Boss Hogg's Cadillac Eldorado convertible was truly an extension of the character with its bullish and larger-than-life style. The most prominent feature of the car was the bull horns above the front grill and if not kept in pristine condition, the wrath of Boss Hogg pointed in the direction of Cooter. Other supporting cast vehicles were also great character extensions in the show such as Roscoe's police cruiser, Uncle Jesse's pickup, and Cooter's tow truck, but Daisy's Jeep and Boss Hogg's Caddy were the most unique of the bunch. 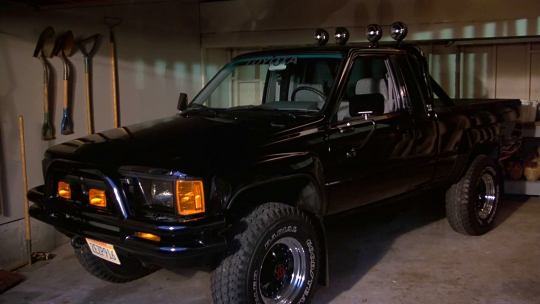 Marty McFly's 1985 Toyota 4x4 from Back To The Future
So you've got this DeLorean that can travel back in time, yet your dream vehicle is a black pickup to take your girl to the lake...that must be some 4x4! Marty McFly had us all dreaming about off-road, camping trips in Back To The Future thanks to the Toyota SR-5 4x4. We even got to see it in action (finally) in Part III thanks to an impromtu road race with "Needles." Thankfully, Marty was smart enough to keep the truck out of harm's way so that Biff wouldn't have to apply another coat of wax. 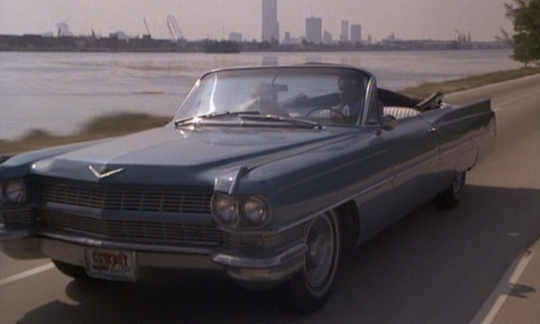 While Miami Vice is primarily known for the Yin and Yang of Ferraris and Sonny Crockett's front as a wealthy drug dealer, the supporting role of Ricardo Tubbs' Caddy Convertible seemed to fit his persona to a tee. The high end fashion of the co-star seemed to go hand-in-hand with the sleek, classic look of his Coupe De Ville. The combination of the fashion style and the slew of luxury cars used by the regular and guest actors were as important (if not more important) to the show's success as the episode scripts. 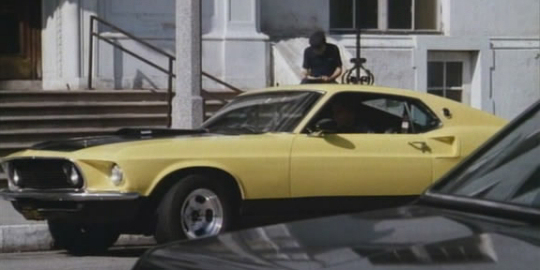 Jesse Mach's 1969 Ford Mustang from Street Hawk
Okay, so your an ex-motorcycle cop turned government agent who rides a $3 million motorcycle on secret missions...you had better drive something stout in your down time. The 1969 Ford Mustang was the perfect fit for Jesse Mach in Street Hawk. The muscle car had style and the muscle to fit someone crazy enough to hide in plain sight as a public relations officer by day and then turn into a hyper-thrusted vigilante by night. It was a crime that Street Hawk only lasted one season and we didn't get to see more of this yellow and black beauty. 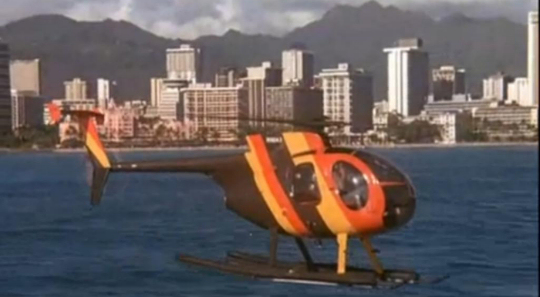 T.C.'s Island Hoppers Helicopter from Magnum P.I.
Hit the Magnum P.I. theme music and take a dive toward the blue ocean in T.C.'s chopper! Just think about it. The show which is primarily known for the Ferrari 308 GTS isn't the first thing you see in the intro. The Hughes 500D helicopter used for T.C.'s Island Hoppers was a colorful tourist attraction that Magnum utilized throughout the show's history in his investigations. The unique brown, yellow, and orange striping made it instantly recognizable and gave a big supporting role in the show's success.

Marcie and Jill's 1981 Lamborghini Countach
from Cannonball Run
It wouldn't be much of an '80s car list if I didn't include a Lamborghini Countach, now would it? Hard to choose the best supporting car in Cannonball Run when your choices consist of a Ferrari 308 GTS (see Magnum P.I.,) an Aston Martin DB5 (see James Bond,) a NASCAR Winstop cup stock car, a Rolls Royce Silver Shadow, and the aforementioned Lamborghini Countach. We all know it was the Lambo and the two spandex-uniformed "hotties" that stole the show. From the first scene when the ladies add their mark to a speed limit sign and toy with a state trooper in a Trans Am, we all were waiting to see what they would do next.

F.L.A.G. Mobile Unit Tractor Trailer from Knight Rider
It seemed an episode of Knight Rider wasn't complete until K.I.T.T. drove into the back of this semi to visit Devin. In the early episodes, the trailer was actually white and the signature black and gold trailer with the Knight logo does not appear until episode 13. Although mainly used as mobile base while Michael & K.I.T.T. were on a mission, there are a few episodes which use the tractor trailer in its plot. Personally, I have always likened the F.L.A.G. rig to the weapons van in the video game Spy Hunter.

So, is there any supporting cast vehicles you would've included? The Batwing from the 1989 Batman movie? The Fermi Shuttlecraft from Star Trek: The Next Generation? Maybe Jetto's truck from The Highwayman? Hit the comments if you'd like to add to the list.