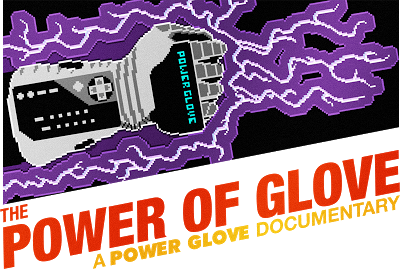 Filmakers Adam Ward, Andrew Austin, and Paula Kosowski are working on a new documentary film based on Nintendo's most famous hand wear...The Power Glove. Released in 1989, the interactive gesture-based controller is one of the most famous gimmicks of console gaming history...or was it? Today, hackers and artists alike have used their glove love to repurpose its original technology and keep the memory alive.

The Power of Glove captures the fan stories, but also tells the history from the very beginning with interviews from original creators and developers of the NES controller. Check out the official trailer...

1989. In an era of Nintendo-mania, toymaker giant Mattel unleashes a bold technological experiment to an eager public. The POWER GLOVE: the first video game controller that allows players to operate Nintendo games with intuitive hand gestures.

Despite immense hype surrounding its release, the product is a critical failure, disappointing thousands of children with its subpar gameplay. More than two decades later, however, dedicated fans continue to repurpose the Power Glove for art pieces, hacking projects, electronic music, and more.

For the first time ever: the story behind the world’s most notorious video game controller.

I'm a huge fan of documentaries especially when it comes to '80s pop culture. Really looking forward to watching The Power of Glove! For progress updates on the film, follow the official Twitter account @thepowerofglove and like the official Facebook page. For email updates, visit ThePowerOfGlove.Com and enter your email in the form at the bottom of the homepage.