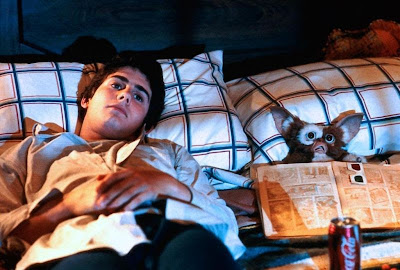 Rank 'Em is a new recurring post
requesting your interaction!

Occasionally I will post something on Saturday mornings when I need a cartoon fix, but primarily I take the weekends off like most. Many sites I follow like to throw out a question going into the weekend to stir up some interaction among its followers. For instance, Rolling Stone does the "Weekend Rock Question", Mental Floss has "Friday Happy Hour", and my pals at UnderScoopFire do the "Friday Three-For-All." So, it's RD80s' turn to get into the Friday action!

We all love a good list. It doesn't matter if they are "top ten" or "best of" lists...WE ALL LIKE RANKING THINGS. Why? Because we all have opinions of what should make the list or which items should be ranked higher than others. I think it's also because when we make our lists known, it reveals a little about ourselves and gives insight to other people about what we like. So here goes! Each Friday I'll throw out a list of '80s stuff for everyone to rank according to whatever means they see fit. I'll include my personal list, invite a ranker from the previous week to post their list, and then anyone who wants to participate can post their list in the comments!

Looking for '80s horror/scary films that predominately feature kids and teens. I've listed 13 below (freaky, right?) but feel free to add your favorites that I might have missed. This week's guest ranker is Shawn Robare of BrandedInThe80s.Com! Shawn is also cohost of the Cult Film Club podcast and was a panelist on the first RD80s Podcast.

Shawn's List
Recently I sat down to start examining awesome kid bedrooms in movies and The Monster Squad and Poltergeist were on that list. But like every time I pull those flicks down off the shelves, I can’t help but marathon through all my favorite 80s era kid-centric horror flicks. This is what I watched this past week…


Jason's List
I wasn't much into scary movies as a kid. I did LOVE Gremlins. Labyrinth might be classified more fantasy than horror, but it was still scary to me. I'll put Lost Boys slightly ahead of Monster Squad because of the Corey factor. How can you not include Michael J. Fox in a list when he's available? Little Monsters was like the live-action Monsters, Inc. of the 80s.

Your turn to rank 'em in the comments below! Don't forget, I'll choose one ranker from the comments this week to invite back next week as the guest ranker!
Newer
Older