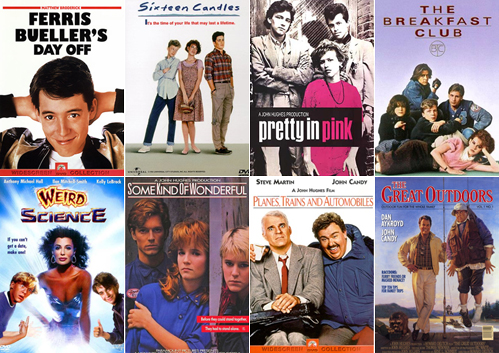 John Hughes was arguably the most influential filmmaker in '80s pop culture. His teen movies and comedies launched the careers of many actors including Michael Keaton, Molly Ringwald, Bill Paxton, Matthew Broderick, John Candy, and of course "the Brat Pack." His films have grossed over $2 billion worldwide and have become ingrained into the memories of fans who grew up watching them. 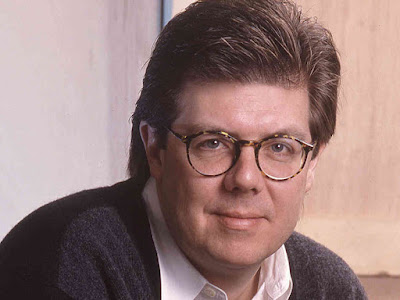 For this week's Rank 'Em, I'm looking for the Top 5 John Hughes Movies of the '80s. I've listed all 17 films below in which Hughes was either a director, producer, or writer. Some people told me they had issues with being able to comment last week so hopefully that has been cleared up.

I brought back Tom Mathias from the very first Rank 'Em post as this week's guest ranker! Tom has been a faithful follower of RD80s for a long time and I always enjoy his comments. You can find Tom on Twitter @More0_0Than and also on the TVandFilmToys.Com website.

Tom's List
When Jason asked if I was interested in doing the guest RankEm this week I agreed without hesitation, (thank God it wasn’t top 5 Wrestlemania matches or Smurfs) but when he said 80s John Hughes movies I had to stop and think for a minute. There are a handful that jump out right away but then there a few that while less “Hughes-y” are still projects that he worked on that impacted me growing up in the 80s, so whittling it down to 5 was more of a chore then I originally thought it would be.


Ferris was the pinnacle of suave: smart, confident, sly and that don’t give a rip attitude, all the ladies love him and all the guys want to be him and I was no different. Pretty sure I taped Weird Science from HBO and then wore through the tape, the downtrodden geek/nerd shtick was always a winner with me, add in Kelly LeBrock, done. What kid didn’t want to go to Wally World after seeing Vacation! It had it all with so many iconic characters. Although it seems to be a little less regarded then its Christmas counterpart, this is where it all began. Growing up I was a pretty hopeless romantic and I think I can blame it on Pretty In Pink. The whole star crossed lovers thing has been done a million times but Hughes made it seem fresh. I really didn’t “get” The Breakfast Club until I was a bit older. I would've been 12 when I saw it and was blissfully ignorant of the different struggles that came with high school but enjoyed it nonetheless.


I'm in love with Christmas Vacation too much not to rank it at #1. Tough call at #2 & #3, but I'll go with Ferris. I didn't watch Breakfast Club until the 90s, but hold it in high regard. Had to include a John Candy movie. It was a tough choice but I remember liking Uncle Buck as a kid. #5 was a toss-up between PT & A and Mr. Mom. I'll go with the latter because as a parent now, I get a kick out of Michael Keaton's character.

Post your Top 5 John Hughes movies from the '80s in the comments below! Don't forget, I'll choose one ranker from the comments this week to invite back next week as the guest ranker!