In the recent post about the new Nintendo Power Glove film, I mentioned I'm a big fan of '80s pop culture documentaries. I used to love the VH1 "Behind The Music" series which told the origin stories of music artists. I also went through a time a couple years ago of watching live concerts from the '80s using cable on-demand from the Fuse channel. (By the way, check out the new Mullet streaming channel on Roku which features many live rock concerts from the '80s.) But since we dumped cable and bought a Roku player to watch streaming services over a year ago, I haven't watched many rockumentaries.

Well, as I was searching for some new shows to watch on Netflix the other night, I stumbled onto the Classic Albums television series. Since the early 90s, the hour-long show has focused on revisiting classic albums with the original music artist. The albums covered on the show date back to the early '60s and include some of my favorites from the '80s. What I find interesting about this series is being able to listen to the artists explain how each song was created, some while they are physically at a control board with the tracks queued up for playback. So far, I've watched two episodes on Netflix with several more lined up in my queue. I'll tell you a little about the two I've watched, what's all available on Netflix, and others not available to the streaming service. 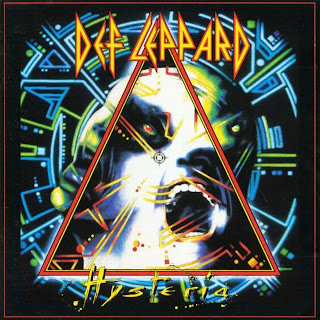 Def Leppard Hysteria
Netflix Link
Def Leppard's Hysteria has sold over 20 million copies all-time. Upon its release in 1987, the album would sit atop the Billboard Hot 200 charts for a total of six weeks and produce six singles in the top 20 including the #1 hit "Love Bites." Hysteria would prove to be one of the most expensive albums to make, taking 4 years to complete among life-altering circumstances for the band. Check out the first five minutes of the Classic Albums episode in the video below...

Phil Collins Face Value
Netflix Link
After going through a divorce in 1979, the now vocalist of Genesis spent weeks in his house in England writing songs. Waiting for his current record labels to offer him a solo contract, Collins would record and release his first album Face Value in 1981. It would be a commercial and critically acclaimed hit across Europe and North America, producing two top 20 singles including "In The Air Tonight." Collins would infuse rock and R&B music throughout the album, hiring the famous Phenix horn section to record tracks like "I Missed Again." Check out this preview clip...

You can find these and other episodes on YouTube broken into several parts if you don't have a Netflix subscription. Other '80s albums available on Netflix streaming include:
Other '80s albums covered by Classic Albums include Duran Duran's Rio, U2's The Joshua Tree, and the most recently recorded episode on Peter Gabriel's So. I imagine those might eventually be featured on Netflix, but in the meantime you can check out albums from other decades like Pink Floyd's Dark Side of the Moon and Fleetwood Mac's Rumours. If you'd like to own any of the shows, check out the Classic Albums DVD Collection on Amazon