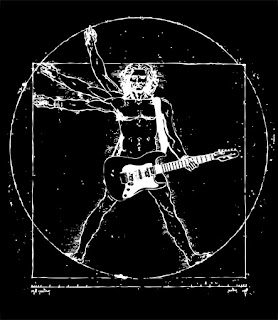 The human body was a hot topic in '80s music. Heads, eyes, lips, arms, legs, and other features were all used in popular song titles. For the purposes of this playlist, we won't use any internal organs as I could probably put together a full list just on the "heart." So let's focus on the outer features of the body from head to toe for the Ultimate 80s Human Anatomy Playlist! Click the song titles to watch the music video on YouTube.

Lisa Lisa & Cult Jam "Head To Toe" (1987)
The breakout hit "All Cried Out" left Lisa Lisa & Cult Jam fans eager to hear more. The third single and final single off their debut album landed them in the top ten on the US charts. Then with the release of their sophomore album Spanish Fly in 1987, the New York City based freestyle band would find themselves on top with "Head To Toe" and "Lost In Emotion" both peaking at #1.

Billy Idol "Eyes Without A Face" (1984)
The "eyes" were popular in '80s music and this first entry into the playlist would help "see" rocker Billy Idol's chart success skyrocket. Anthems "White Wedding" and "Rebel Yell" mainly achieved success on the rock charts, but it wasn't until Idol's ballad "Eyes Without a Face" that he would hit the top ten on the US mainstream chart. If you've ever wondered what the girl singing background vocals was saying, its "Les yeux sans visage" which is the title of the song in French.

Kim Carnes "Bette Davis Eyes" (1981)
The most famous eyes of '80s music belonged to Bette Davis. At the time, the 73 year-old American actress had no idea her name would be attached to the most popular song of 1981. She eventually wrote to Kim Carnes and the songwriters, complimenting them on the song and in turn, sent her a gold and a platinum record commemorating its popularity. The single spent 9 weeks at #1 and won Grammys for Record and Song of the Year.

Peter Gabriel "In Your Eyes" (1986)
Is it possible to play this song on anything but a boombox head above your head? Most of us associate the track with the 1989 film Say Anything but it was a hit in its own right. Three years prior, the single would top the US Rock charts and peak at #26 on the Billboard Hot 100 chart. After its use in the movie, it would reenter the charts and narrowly miss cracking the top 40 again at #41. "In Your Eyes" is also Gabriel's only certified gold single, even selling more copies than the #1 mega hit "Sledgehammer."


Hall & Oates "Private Eyes" (1981)
There was nothing private about these eyes, which locked on to the #1 spot and didn't look back. The single would be the second #1 hit for Hall & Oates in 1981 alone with "Kiss On My List" claiming the top spot early that year. Dressed up as detectives, the music video would also be the first to feature Hall & Oates' backup band.

Eric Carmen "Hungry Eyes" (1987)
After nearly topping the charts a decade earlier with "All By Myself," Eric Carmen would find himself near the top again in 1987 with "Hungry Eyes." Thanks to the overwhelming popularity of the Dirty Dancing soundtrack, the single would peak at #3 and become the third single from the soundtrack to reach the top ten. Riding the wave of the song's success, he would reach the top ten again for the third and final time with the release of "Make Me Lose Control" a few months later.

The Jeff Healey Band "Angel Eyes" (1989)
The last "eyes" song on the playlist ironically comes from Jeff Healey, who lost his sight at a young age due to cancer. "Angel Eyes" would be the lone charting hit for Healey which would peak at #5 on the Billboard Hot 100 chart. He and his band are most notable for appearing and recording the soundtrack for the Patrick Swayze film Road House.

The Go-Go's "Our Lips Are Sealed" (1981)
The Go-Go's first single to be release across the pond in America would turn out to be anything but quiet. "Our Lips Are Sealed" would enter the top 20 on three different charts in the US. Cowriter Terry Hall of the band Fun Boy Three would release the track two years later in the UK with his band and chart the song in the top ten. The music video was produced with unused funds from The Police's video budget who's label was also I.R.S. records.


Journey "Open Arms" (1982)
Moving on to the appendages of the playlist, Journey welcomes you with "Open Arms." Their biggest charting hit held the #2 position on the Billboard Hot 100 chart for six weeks. The power ballad made such an impact in the US that Mariah Carey's cover version in 1995 was only released as a single overseas. The song has been covered by so many artists over the years that on behalf of the 80s community, I would like to officially close these arms.

Cutting Crew "I Just Died In Your Arms" (1987)
The Cutting Crew's international hit became the song that wouldn't die over the course of 1986-87. The single would peak at number #1 in the US, Canada, Norway and Finland and reach the top ten in eight other countries. The track has also been covered, sampled, interpolated, and remixed so many times that it's the official zombie track of the '80s. You can't kill it!

Breathe "Hands To Heaven" (1987)
Breathe would chart two top 3 singles in the US off their debut album All That Jazz. The British pop band would actually achieve more success across the pond with "Hands To Heaven" climbing to #2 on the US Billboard Hot 100 chart. However, their hands would not extend passed their first album and would disband after their sophomore release Peace of Mind in 1990.

Bon Jovi "Lay Your Hands On Me" (1989)
"Lay Your Hands On Me" was another popular title in the '80s used by three different artists. Peter Gabriel's 1984 self titled album featured a track and the Thompson Twins also released a popular song in late 1984 which peaked at #6 on the US Billboard Hot 100 chart. My favorite laying on of hands would come from Bon Jovi in 1989 with the 4th single released from their 7x platinum New Jersey album. The track brings back fond memories of little league practice and my coach pulling up in his Chevy Blazer blaring this song.

Georgia Satelittes "Keep Your Hands To Yourself" (1986)
This one hit wonder went into heavy rotation on MTV and peaked at #2 on the US chart, not able to dethrone Bon Jovi's "Livin' On a Prayer." The music video, which featured the band playing in the back of a moving flatbed truck, would win an MTV Video Music Award. The band would go on to cover "Hippy Hippy Shake" for the Cocktail soundtrack, but would fail to chart again in the top 40.

Styx "Too Much Time On My Hands" (1981)
Styx would extend their success from the '70s into the early '80s with their Paradise Theatre album. Their follow up single to "Best of Times," which peaked at #3 in the US, would also reach the top ten. "Too Much Time On My Hands" would peak at #9 and also be the highest charting single on the US rock chart at #2. Leading singer Tommy Shaw would also play lead guitar on the track.

The Police "Wrapped Around Your Finger" (1984)
The Police would wrap their fingers around the throat of the Billboard Hot 100 charts with the release of Synchronicity in 1983. Five single would chart in the top 20, the 4th being this song which reach #8. The single would also benefit from heavy airplay on MTV. The video featured the band hopping among hundreds of candles lit in a dark room.

ZZ Top "Legs" (1984)
"Legs" would be the final single released from the 10x platinum Eliminator album. The track would be the most successful, peaking at #8 on the US mainstream chart and #3 on the US rock chart. The music video would also be the third to use the famous 1930s Ford hot rod and the "Eliminator girls." It would go on to win the first ever MTV Video Music Award for Best Group Video.

Just missed the playlist, Foreigner "Head Games" (1979.) Got another one to add? Leave a comment!