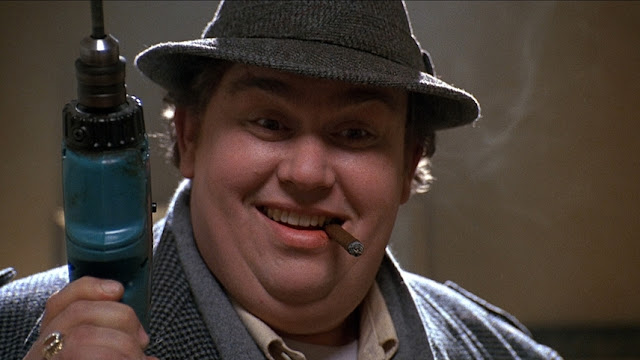 One of my favorite comedic actors of the '80s (and all-time) is John Candy. He had so many great roles in some of the top movies of the decade. From small parts like the security guard Lasky in National Lampoon's Vacation to headlining roles like Buck Russell in Uncle Buck, Candy was always good for a laugh.

For this edition of Rank 'Em, let's reflect on John Candy's filmography of the '80s and pick our top 5 roles. He was in more than 15 movies throughout the decade, so it might be a challenge to choose just five! I had planned on putting together a photo montage, but I found an awesome tribute video that fits in nicely...


My good buddy Wyatt Bloom is the guest ranker this time! Wyatt occasionally writes for RD80s, co-hosts the RD80s Podcast and MASKast with me, and is the creator of Clearfield-County.Com, a resource website for residents of central PA. You can also find him on Twitter @infamouswb. I remember watching several of these movies with him back in the '80s and early '90s, so it's no surprise that we picked similar favorites.

Let's rank 'em! I've got most of Candy's roles listed below, but feel free to look at his IMDB page. 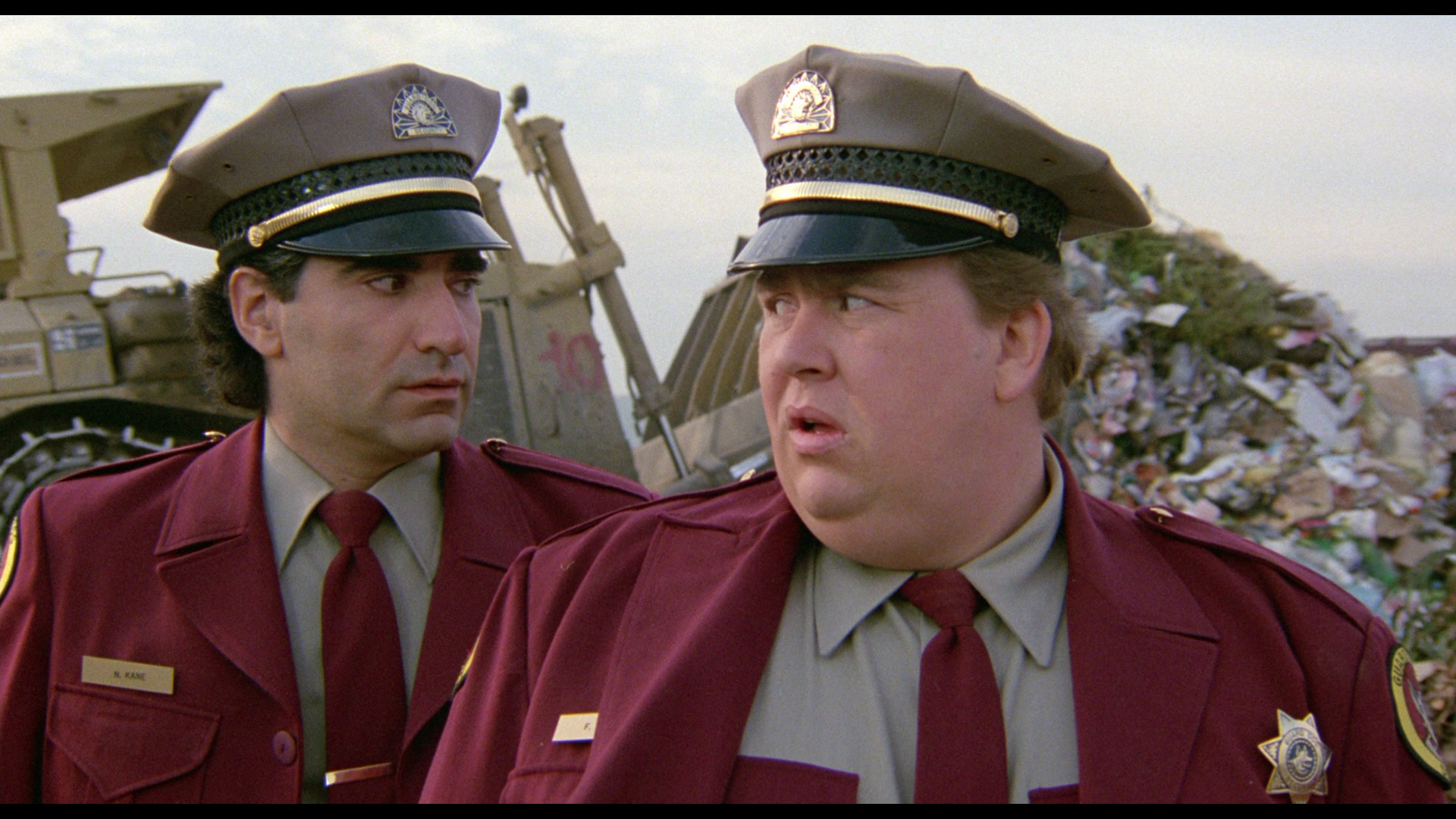 Frank Dooley in Armed & Dangerous: John Candy's role was actually quite diverse here and I enjoyed this. A policeman, a detective, and a cross-dresser. Yet the diversity paled in comparison when he hitched a ride with the rocket fuel hauling truck driver and pulled out his 50 caliber pistol and said, "it's only legal in two states...and this isn't one of them." Hilarious movie throughout though, "Slim!" Buck Russell in Uncle Buck: Two of the funniest bits that rings out is how he knows the exact timing from when he turns off the key in his "Buckmobile," walks away from the car, and when it will backfire to a stop. The second is when he crashes a party in search of his niece. After finding her walking away from the party, he drives up and after a heartfelt apology from the guy and climbing out of the trunk, Uncle Buck practices his golfing "with a little five wood." Del Griffith in Planes, Trains, and Automobiles: The greatest bit was when they are pulled over by a policeman in their burned out Chrysler convertible. When asked if the vehicle is safe for travel, Del replies with a firm, "Yes, yes I do, I really do. I know it's not pretty to look at but it'll get you where you need to go." Then, the police officer identifies that he has no mirrors. Del's reply, "Yes we lost them." Police officer, "You have no functioning gauges." Del's reply, "No not a one, but the radio still works." Chet Ripley in The Great Outdoors: Another great movie of his but probably one of the two entertaining moments for me is when he comes storming into the cabin and stutters broken words while the family tries to decipher it. "Big sandwich? Big bear?" Then, he finally utters a sentence saying, "Big bear chase me" just as the door is knocked down and the grizzly bear walks in and jumps on Chet, repeatedly. The other funniest bit is actually the racoons in the trash. Finally, Barf from Spaceballs: A few good moments, but the one that sticks out is when they land their space RV in front of a guard post to which the guards identify that there is no parking. Barf opens the door and flips the guards off while making kissing sounds. Though brief, quite a laugh to me. 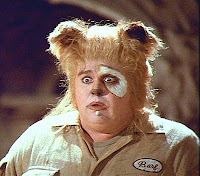 Barf definitely tops my list. It could be because I love the movie so much, but the Mog is my #1. Buck Russell is a great character. He is a perfect example of living life as he knows it and other people have to adapt. (Plus he makes a killer breakfast!) Frank Dooley and Armed and Dangerous is a highly underrated movie in my opinion. So many great scenes and lines packed in this "cop buddy" movie with Eugene Levy. Love the interaction with "Zeus" from No Holds Barred. My 4th spot is a tie between Jack Chester and Chet Ripley who are about the same character, a dad taking his family on a vacation. Slight edge to Chet for the "big bear chase me" scene. Del Griffith was the not-so-perfect match for Steve Martin's character in PT&A. The physical journey of the two as well as the revelation of Del's character is what makes the movie so easy to watch every Thanksgiving.

Now, post your list! Rank your Top 5 John Candy roles from the '80s in the comments below! If you want a chance to be a guest ranker in the future, please use your Google ID, WordPress ID or add your Twitter handle when leaving a comment so I can follow up with you in the future!