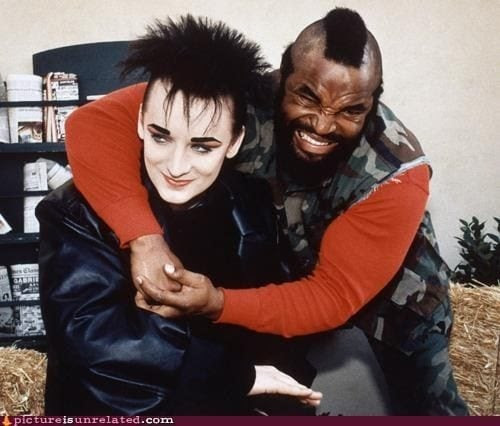 The A-Team quickly became a top ten show in the Neilsen TV ratings over the course of its first 3 seasons. Some great guest stars contributed to the show's rise to the top of the NBC pyramid in its early years. But as the main characters became larger than life and ratings somewhat declined, the guest stars seemed a little more advantageous in hopes to keep the show alive.
We've reflected on the main characters already in our A-Team At 30 journey, so it's time we remembered some of the best guest appearances. As mentioned before, this list will contain some of our favorite guest acting roles as well as those ridiculous celebrity cameos. 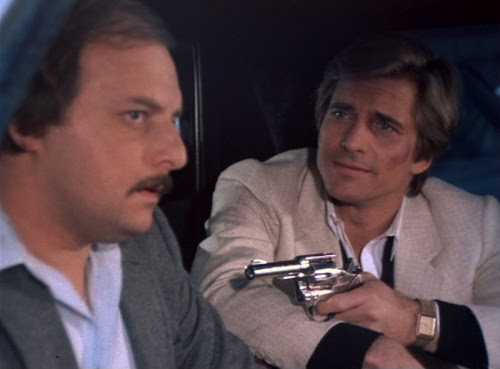 Dennis Franz (2 Episodes, "Chopping Spree" & "Beverly Hills Assault")
- During his tenure on Hill Street Blues, Franz made guest appearances on Hunter and two times he appeared on the A-Team. His first role was crooked car dealer Sam Friendly who hires Face to sell his stolen cars. 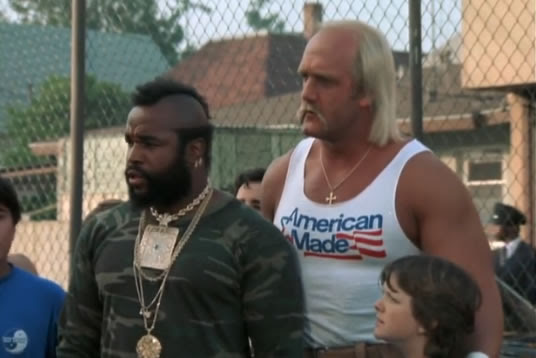 Hulk Hogan (2 Episodes, "Body Slam" & "Trouble With Harry")
- Wrestling icon Hulk Hogan appeared as himself in two episodes in season 4. He first seeks out his old friend B.A. to help fight off a mobster who is determined to shut down a youth center and then in a later episode, returns the favor by giving assistance to the A-Team from some over-sized bullies.

Pat Sajak & Vanna White ("Wheel of Fortune" episode)
- Murdock winning big on Wheel of Fortune was such a great moment on the A-Team. With a spiffy suit, southern accent, and a "H.M." name tag, Murdock woos the immortal hosts Pat Sajak and Vanna White. With the game show still in it's shopping spree era, Murdock uses his big winnings to purchase a Hawaiian vacation and some gifts for the boys like a humidor for Hannibal, a water bed for Face, and Turtle Wax for B.A.'s van. 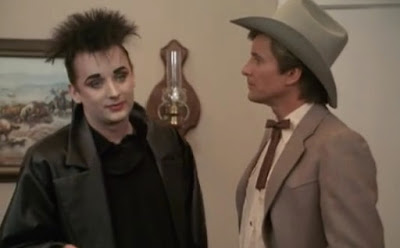 Boy George ("Cowboy George")
- As if Boy George mixing with rogue soldiers wasn't out of character, they make him and Culture Club play at a country western bar full of rednecks...welcome to '80s television! Not only does Boy George have the rednecks requesting more by the end of the show, he pulls up in B.A.'s van to help the team make a clean getaway.

Markie Post (2 Episodes, "The Only Church in Town" and "Hot Styles")
- Fall Guy and Night Court alum Markie Post took a break from her regular shows to appear as two very different characters. She first seeks the help of her old boyfriend Face as a nun in Ecuador, but then graduates to a model and Face's main squeeze in her second appearance.

Wendy Fulton ("Bounty")
- Though not a well known actress, Fulton's appearance as Kelly Stevens is significant not only because she was Murdock's love interest but also because she was Dwight Schultz's real-life wife! I found a tribute video to the episode which I thought was fitting as 2013 also marks their 30th wedding anniversary! 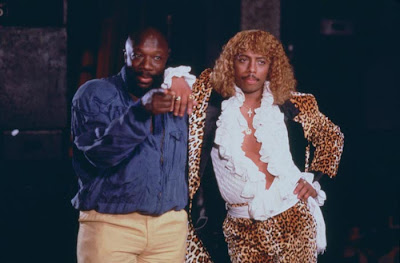 Isaac Hayes & Rick James ("Heart of Rock N' Roll")
- Boy George wasn't the only musician to appear on the show as Isaac Hayes and Rick James appeared together, one in character and one as himself. James seeks out the A-team to help an old music legend C.J. Mack (Hayes) who's prison time has just become exceedingly dangerous. 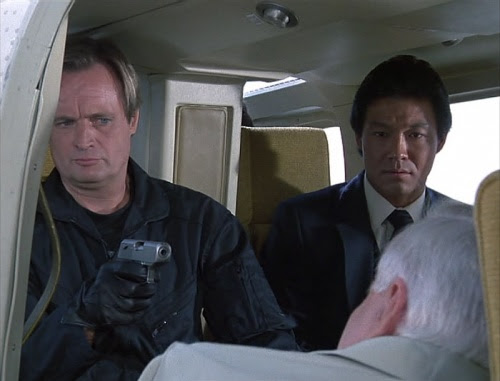 David McCallum ("The Say UNCLE Affair")
- Now known as the medical examiner Dr. Donald "Ducky" Mallory on NCIS, David McCallum's appearance on the last season of the A-Team was a TV reunion of sorts. Actor Robert Vaughn who joined the cast as General Hunt Stockwell was the co-star with McCallum in the 1960s show The Man From U.N.C.L.E. Several nods to show are hidden within the episode including the catchphrase "Open Channel D." 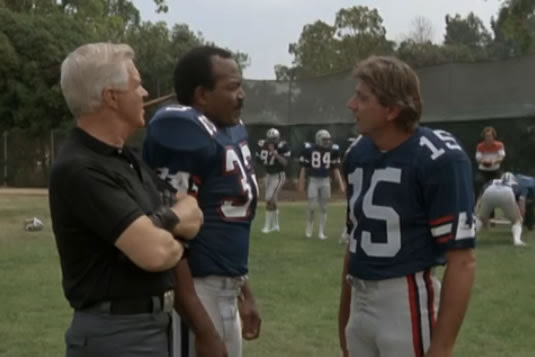 Jim Brown & Joe Namath ("Quarterback Sneak")
- NFL legends put on shoulder pads and uniforms one last time in order to aid the A-Team in sneaking a scientist out of East Germany. Joe Namath and Jim Brown weren't themselves however, going by the names of T.J. Bryant and "The Steamroller" in the episode. 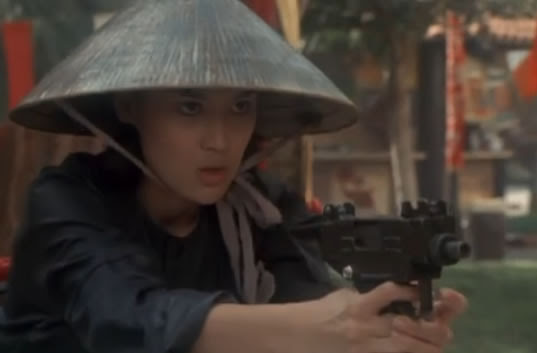 Tia Carrere ("Sounds of Thunder")
- After chasing the A-Team throughout several episodes in season 4, General Fulbright requests their help to rescue POWs in Vietnam. In one of her early roles, Tia Carrere plays Fulbright's long lost daughter who practically joins the team at the end of the episode. However, Tia the "Dream Weaver" is no where to be found at the beginning of season 5.

Got another favorite guest appearance not listed? Add it in the comments!