We continue our "A-Team at 30" tribute with another list dedicated to Captain H.M. "Howling Mad" Murdock. The team's pilot was portrayed by the incredibly talented Dwight Schultz.

Have you ever seen a character so insanely intact as Captain H.M. "Howling Mad" Murdock? After crashing a helicopter in the Vietnam war, he loses his sanity and is confined to a psychiatric ward of a Veteran's Administration (V.A.) Hospital. He is best described as a fully functional lunatic, having lucid moments and yet can snap into complete insanity at any moment.

Why was his character great for The A-Team? Murdock could focus on the basic military trait of following orders, but could still irritate his pal B.A. Baracus to no end or freak out anyone close by while on assignment. Check out this awesome "Howlin' For You" tribute to some of Murdock's best moments...

Today we salute Murdock by bringing you his 15 best insane moments, in no particular order.  Enjoy, ya crazy fools! 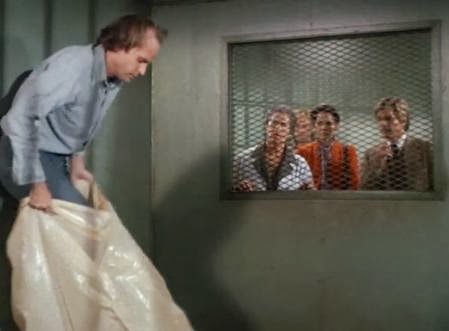 To aid the team who has already infiltrated a prison, Murdock cleverly flips on the insane charm with a trash bag fetish. It is later revealed that the bags are an essential part of their escape plan as included in our 10 Most Ridiculous Weapons and Inventions. To gain all of the bags needed in the escape, every 30 minutes or so Murdock begins to yell, "I want trash bags!" 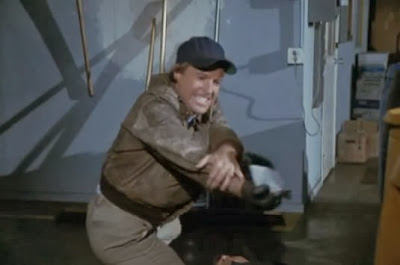 "H.M." has many split personality moments through the show, but this one seems to be my fondest in the season 3's "Waste 'Em" episode. Murdock refers to his gloved, right hand as Lefty which is seemingly independent from the rest of his body. This insane moment includes a quick goosing to a nurse with the innocent claim, "it wasn't me, I'm not normally like that." 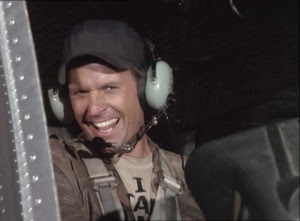 We are introduced to a portion of Murdock's insanity in the pilot episode in which Amy Allen is questioning Hannibal about B.A. being passed out in his chair. Smith replies, "he hates the pilot." Amy asks why and Face (played by Tim Dunigan) replies, "because our pilot is insane." Then we see Murdock walk down the plane's passenger aisle (assuming the auto-pilot is engaged) while singing. 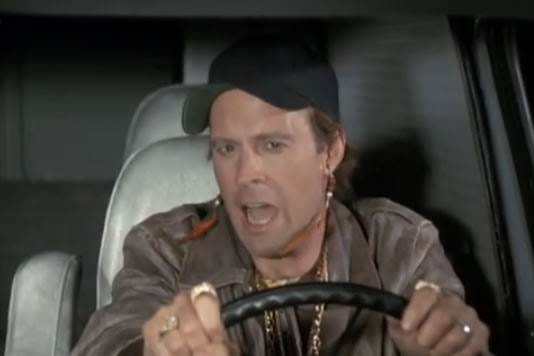 B.A. ends up being absent for most of the "Hot Styles" episode so to fill his shoes, Murdock steps in by donning feather earrings and some gold chains. Of course he is all too eager to imitate B.A. by using B.A.'s full vocabulary of "sucka," "fool," and such. 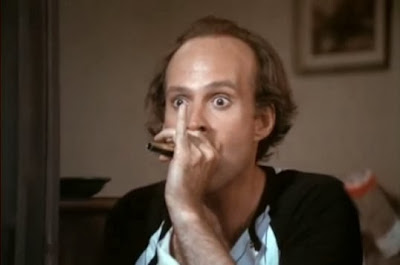 During a mission of mercy to help some independent lumberjacks in Timber, H.M. finds the trip is an opportune time to hunt for Bigfoot. He believes that to call the Sasquatch, he must use a kazoo which ends up irritating both B.A. and Faceman. 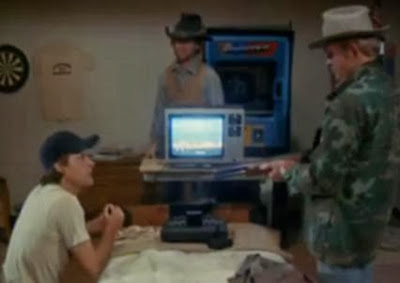 In the "Bounty" episode, we see quite a hilarious situation with Murdock continuing to play his Atari while two men burst into his room. They order him to come with them and Murdock simply asks, "why did you knock down my door?" 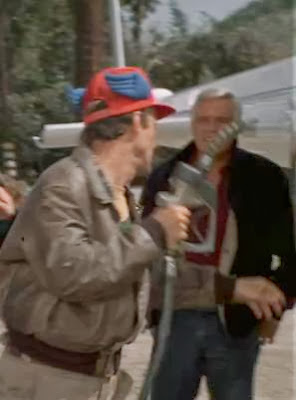 During a helicopter chase in "Till Death Do Us Part," bullets pierce the tank of the A-Team's escape helicopter and it begins running out of fuel. Murdock lands the helicopter at a gas station and asks to have it filled up with premium. Insane, but clever at the same time. 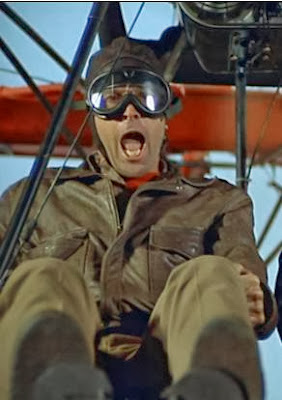 In the "Holiday In The Hills" episode, the team is stranded in the backwoods of South Carolina with a wounded man. Murdock devises a way to transport him to get medical attention by building an ultra-light aircraft. As they take off, Murdock continuously sings opera during the flight in the makeshift plane and advises the unconscious passenger to ignore the rips and tears in the wings. The opera singing in-flight would soon become one of Murdock's trademarks. 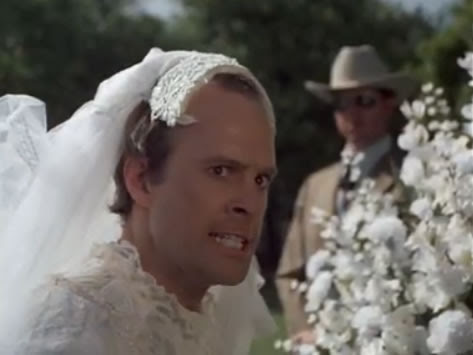 To aid in the rescue of a woman who is forced into marriage in the "Till Death Do Us Part" episode, Murdock dresses up as the bride and is "unveiled" during the attempted escape. As he runs toward the get-away catering van, he yells "I'm a bird, I'm a plane, I'm a choo-choo train!" 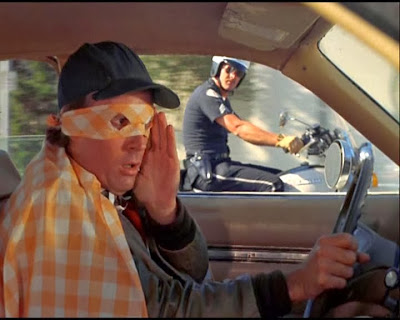 Helping a destitute cab company in "The Taxicab Wars," our beloved H.M. dons the new identity "Captain Cab" as the A-Team comes to their rescue.

During the two-part episode titled "The Bend In The River," the A-Team travels to Brazil in search for Tawnia's fiance. During the entire mission, Murdock acts like a movie director using the full movie vocabulary like "more lights!" and "action!" 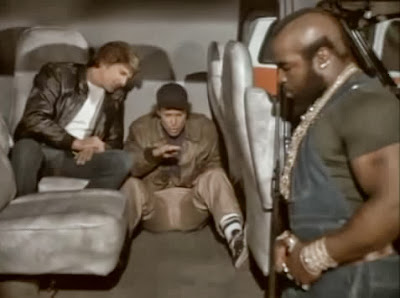 Who can forget Murdock's imaginary dog "Billy?" We only hear about him a couple of times during the series but one episode in particular "West Coast Turnaround" has him petting and even feeding him breakfast. Of course, B.A. isn't too happy about having an imaginary dog in his van. 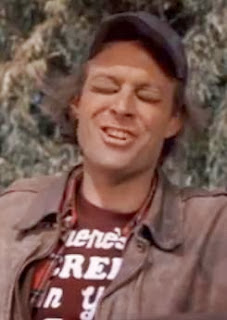 Ah, a nut playing a nut lover. LOL! In the "Semi-Friendly Persuasion" episode, H.M. believes that his latest friends are walnuts. He goes so far as to carry them around and even place them on a board to categorize as "nuts in line," "happy," "sad," and "dead." A very tearful (and hilarious) moment arrives when a walnut is trampled on by B.A. and Murdock mourns for his dead friend. 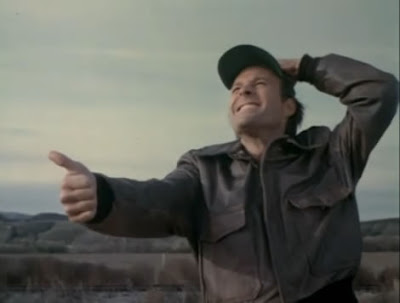 Though a brief moment, I found this scene as a worthy insane moment. Upon completion of their mission in Las Vegas, in "The Rabbit Who Ate Las Vegas," Murdock attempts to hitch a ride home along the runway. As an airplane takes off and passes Murdock overhead, he shouts "Jerk!!" 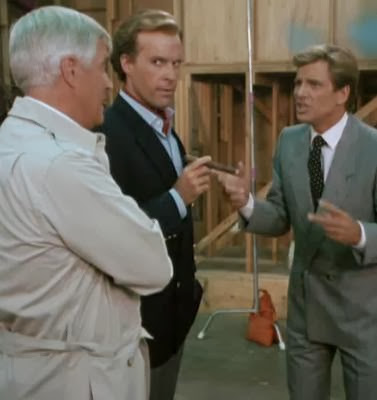 Our final insane moment is during the "Mind Games" episode in which Face has been pardoned for his portion of the war crime charges. Because of this, Face quickly leaves the A-Team to enjoy freedom while Murdock decides to replace Faceman by becoming "Hunkman."  The rest is, well, down hill from there. Towards the end of the episode, we see Face attempting to play H.M., donning the leather jacket and baseball cap and acting insane. This lands Face at the V.A. hospital rather than Murdock.