Meet The Woman Who Taught 'The Goonies' 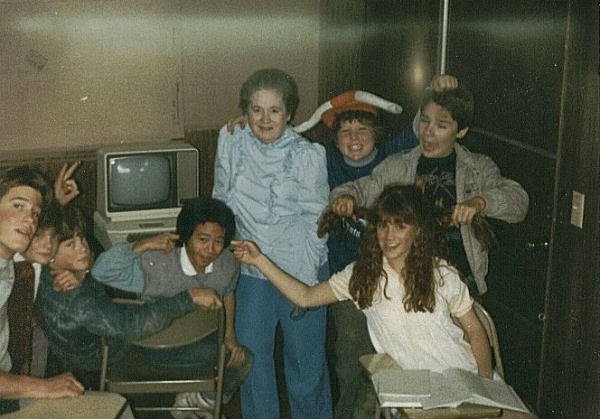 When the cameras are turned off, school is in session for child actors...and it was no different for The Goonies. Meet Rhoda C. Fine, a studio teacher for over 30 years who has seen the likes of Elijah Wood, Reese Witherspoon, and Michael Cera comes through her classroom. Her teaching projects over the years have given her the opportunity to work behind the scenes of many feature films, television, and TV commercials.

I recently found the wonderful photographic history of her Hollywood teaching career on display at the StudioTeacher.Com website. One assignment in particular initially led me to her website after I came across a classroom photo of "the Goonies." I quickly discovered that from late 1984 to early 1985, Rhoda taught several different subjects to seniors Josh Brolin and Kerri Green, freshman Martha Plimpton, and 8th graders Sean Astin, Corey Feldman, and Ke Huy Kwan (Jeff Cohen aka "Chunk" had another studio teacher, but appears to have joined them on several occasions.) Can you imagine what an adventure that would have been?? Well, through a series of Goonies photos we can see a little bit into Rhoda's experience as to what it was like to have them in the classroom and even on a field trip. 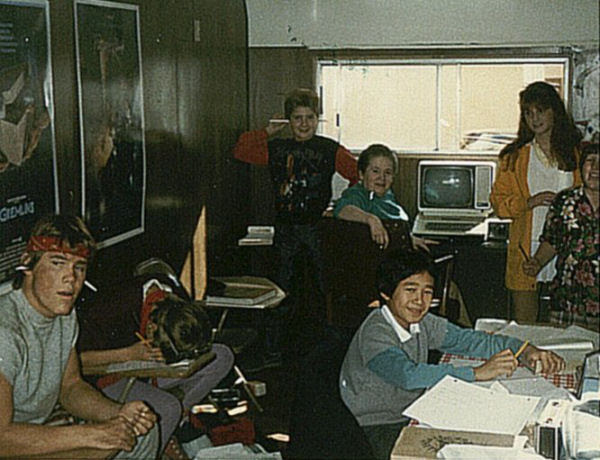 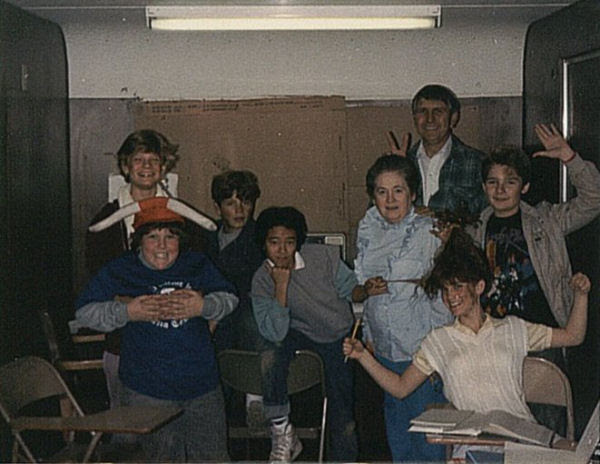 As mentioned before, Rhoda taught them a wide variety of subjects including typing, basic computer programming, geometry, algebra, physics, and languages. Chances are Corey Feldman might have also spent some time working on his handwriting after this photo. 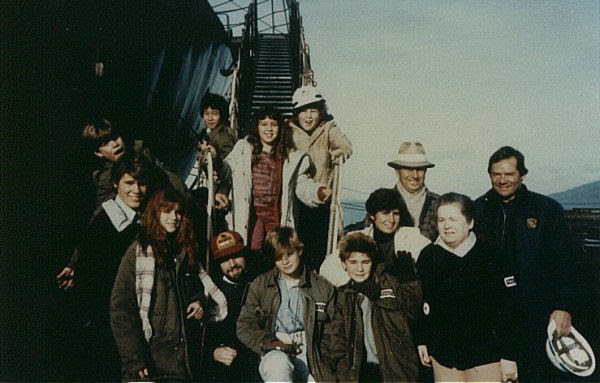 While filming in Astoria, Rhoda and a few others chaperons took the gang on a field trip to explore a logging vessel. 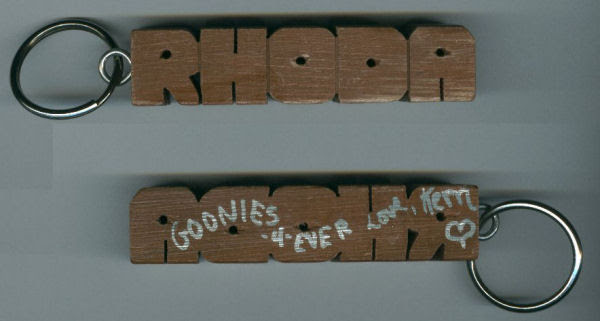 Kerri Green gave Rhoda this key chain gift while under her tutelage with a personal message written on the back. 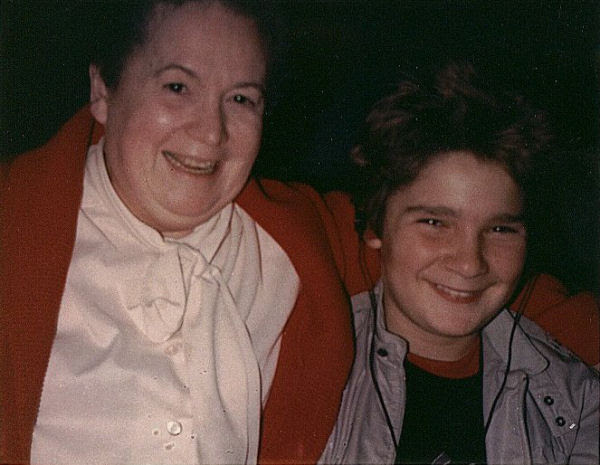 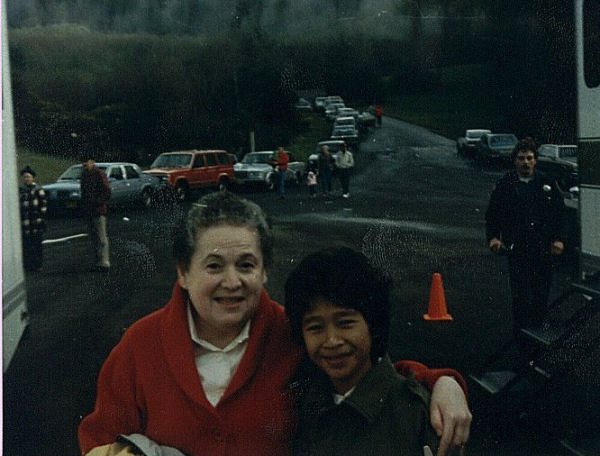 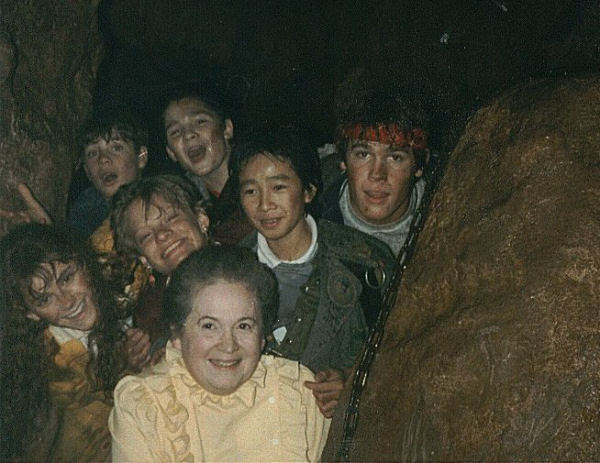 One of the main perks of teaching child actors during film production is snapping some photos on set. 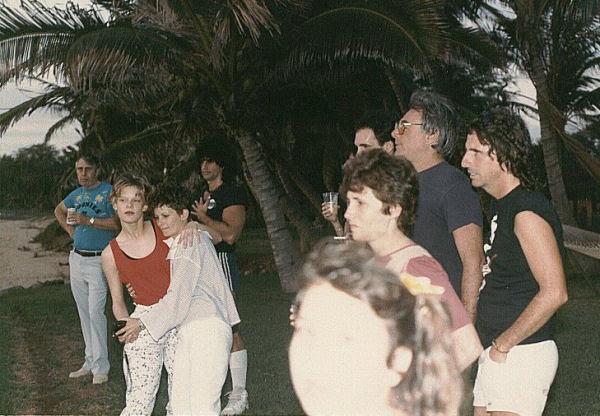 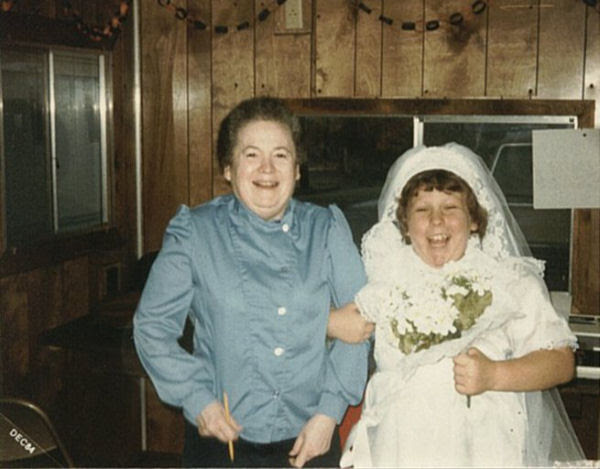 Would love to hear the story behind this photo...

Rhoda received a thank you note from Richard Donner and his assistant directors along with a gold doubloon from One-Eyed Willie's treasure. She was also invited to a special screening of the film.


I invite everyone to check out Rhoda's full album of Goonies photos on her website. You can also check out her various other Hollywood teaching experiences including child actors from Catch Me If You Can, The Doors, Sister Act, and Arrested Development.