Warm Up With The Ultimate 80s "Hot" Playlist 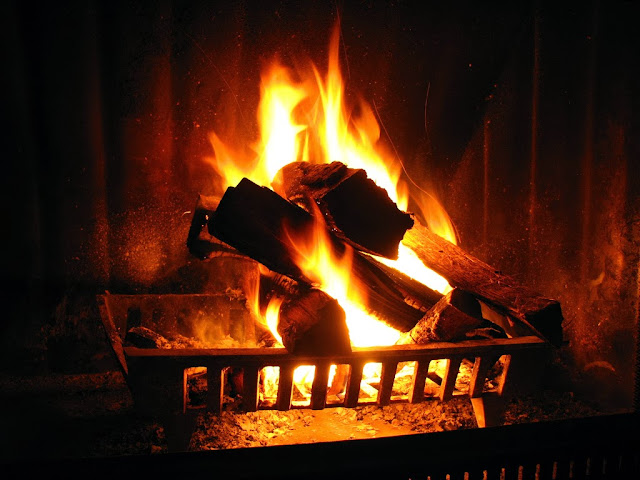 It's Wintertime and the cold weather has really set in throughout a good portion of the US. Those of us who live in the South and are used to taking down our Christmas decoration in shorts and a t-shirt will have to bundle up this year! And the folks in the North are just dreaming of seeing their front lawns again. So I thought it would be a great time to create an Ultimate 80s Playlist to help us warm up!

Here are 15 "hot", "heat"ed, and "fire"d up songs that are sure to warm your soul and keep blood flowing to your extremities!
OUCH THAT'S HOT!


Buster Poindexter "Hot Hot Hot" (1987)
- You can't listen to this song and not think about doing the limbo or dancing on a cruise ship. The song is actually a cover of the musician Arrow who released it in 1983. Although the video received heavy airplay on MTV, the track peaked at just #45 on the US chart.

Twisted Sister "Hot Love" (1987)
- "Hot Love" would be the last hurrah of these makeup-wearing metalheads in the 80s. The band split shortly after the Love is For Suckers album was released and its lone single barely cracked the Top 40 on the US rock chart.

Van Halen "Hot For Teacher" (1984)
- This steamy single would mark the last of the David Lee Roth era for Van Halen until 2007. Although not a chart success (#56), the music video featuring sexy teachers and student versions of the band members received heavy rotation on MTV.

Loverboy "Hot Girls In Love" (1983)
Loverboy would achieve their highest chart success in the US with the release of "Hot Girls In Love," which peaked at #11 in 1984. The video features what I believe to be the only time gas pumps were used to play drums.

Billy Idol "Hot In The City" (1982)
MTV banned the music video which showed Idol's girlfriend Perri Lister being tied to a cross. An alternate video featuring stock footage of nuclear bomb test was then substituted (go figure.) The track was also used in the intro to Booker, the 21 Jump Street spinoff.

Power Station "Some Like It Hot" (1985)
The supergroup's first single would turn out to be most successful, peaking at #6 on the US chart. It would be the only song ever performed by the original group on television (SNL) before frontman Robert Palmer left the group and Michael Des Barres took over.


CRANK UP THE HEAT!
Glenn Frey "The Heat Is On" (1984)
- The music video for the Beverly Hills Cop soundtrack single was one of the first to feature actual clips from a movie. Frey auditioned to sing the vocal track for the song which has already been written and mixed by Harold Faltmeyer.

Bryan Adams "Heat of the Night" (1987)
- The first single from Into the Fire reached #6 on the US charts and #7 in his native Canada. It was the first single ever released on cassette and one of a few that Adams himself plays the lead guitar solo.

Asia "Heat of the Moment" (1982)
- Asia's first and most successful single climbed to #4 in the US and Canada. The mesmerizing video featuring a grid of 16 monitors also received heavy rotation on MTV.


FIRE IT UP!
John Parr "St. Elmo's Fire" (1985)
- This single from the St. Elmo's Fire soundtrack overtook another soundtrack single "Power of Love" by Huey Lewis & The News to become a #1 hit in 1985. The song was actually written by David Foster as a tribute to Canadian paralympian Rick Hansen and his Man In Motion world tour that lasted from March 1985 - May 1987 logging 25,000 miles.

Wang Chung "Fire in the Twilight" (1985)
- One of my favorite tracks from The Breakfast Club soundtrack. The music video featured lead singer Jack Hues encountering several situations (including a movie theater and the hall scene of the film) which then begin to move backwards.

U2 "The Unforgettable Fire" (1984)
- The title track on U2's 4th studio album was the second single released. The band claims the inspiration for the song as a visit to a Chicago art exhibit of the Hiroshima and Nagasaki atomic bombings.

Bruce Springsteen "I'm On Fire" (1986)
- The Born In The USA album produced a record-tying seven top 10 singles, including this track which reached #6 on the U.S. chart. "I'm On Fire" is one of the shortest songs in history to crack the top 10 at just 2 minutes and 37 seconds.

Did I miss any "hot" tracks? Add more in the comments.
You can also visit the RD80s YouTube channel to watch the complete playlist.
Newer
Older
Powered by