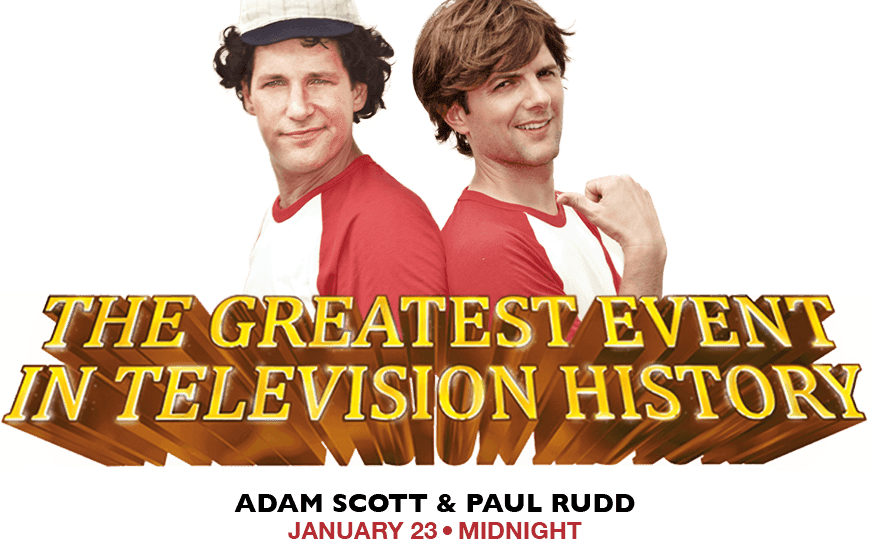 I called it! I called it! My blogpost last week on Adult Swim's The Greatest Event In Television History showcased the recreated 80s TV intros alongside of the originals. I've really enjoyed the first three episodes so far and the newest attempt at reviving 80s television debuts tonight.

A recent photo clue with Adam Scott and Paul Rudd hinted as to what TV show would be their next episode...

By the hair alone, my initial guess was the 1980-82 sitcom Bosom Buddies which starred Tom Hanks and Peter Scolari. Judging by the new web ads with the actors sporting red-and-white baseball uniforms, I was right! 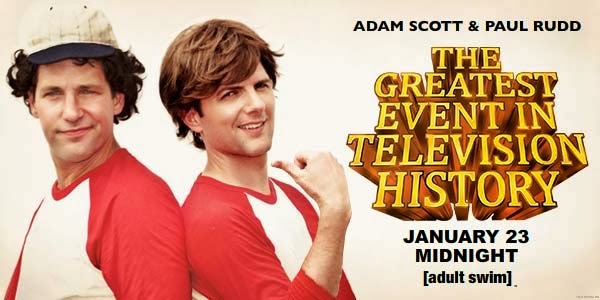 Check out the original Bosom Buddies intro below and take notice to final scene...

With all of the great scenes and timing in at 1 minute and 45 seconds, this should be a great epsiode. The Greatest Event In Television History airs tonight at midnight EST on Cartoon Network's Adult Swim. Rumors are swirling that this might be the last episode (I hope not!) so tune in tonight to capture some 80s nostalgia for what could be the final time.