4 Minty Reasons Why The Shamrock Shake Peaked In The '80s 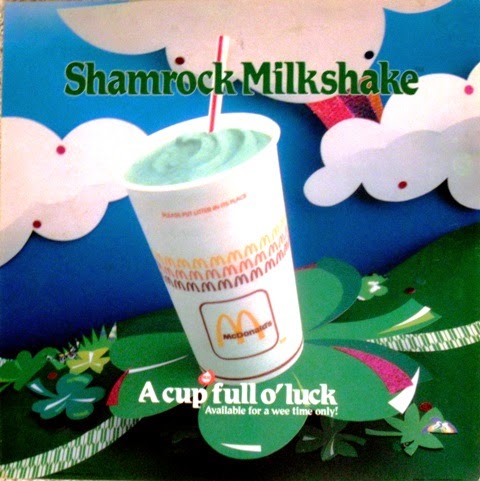 Happy St. Patrick's Day! As a child of the '80s, I couldn't wait for "first green of spring" that is the McDonald's shamrock shake. Call me crazy, but I liked the minty green ooze that accompanied my happy meals for a couple months of the year. Of course, it helped that I liked mint-flavored stuff, but McDonald's advertising and promotions I think also played a part in how much I adored the shamrock shake.

You can still get shamrock shakes at McDonald's, but they have seemed to lost their luster. It's been a couple years since I had one and it's probably because it's not as highly touted as it used to be. So here are 4 reasons why I think the shamrock peaked in the '80s...

#1 - Uncle O'Grimacey
McDonald's advertising came up with Uncle O'Grimacey, an Irish uncle for it's character Grimace, to promote shamrock shakes. The green blob was everywhere including cups, balloons, and even toy rings in happy meals. 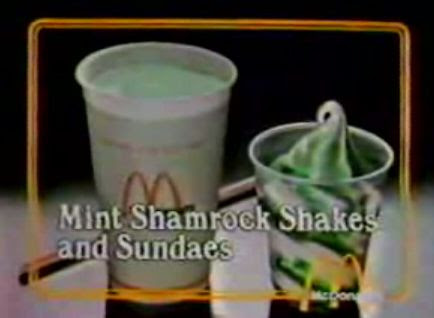 Yes, it's true. For a short time in the early '80s, the shamrock shake was so popular that McDonald's offered to pour a minty green liquid over perfectly good vanilla ice cream and called it the shamrock sundae. Now, I can make fun of them only because they were available just in 1980 and trust my parents didn't feed their 4 year old son something that looked like alien snot. But had the sundae lasted for a few more years, I guarantee it would've been something I would've enjoyed.

#3 - Shamrock Shakes Were Not Gourmet

After the shamrock shake went the way of the dodo in the '90s, it was brought back as more of a gourmet treat. Yes, we children of the '80s have grown up but when you get a shake now, doen't you have the reaction of "why is there whipped cream and a cherry in my shamrock shake??!!" Why did McDonald's have to turn it into an adult treat? We didn't need all that fluff in the '80s. The novelty and the advertising alone were enough to make the drink highly popular among all ages. 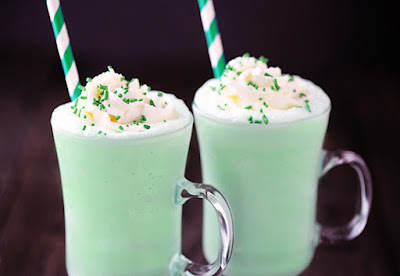 With the internet age years away, we didn't have instant access to recipe websites to make shamrock shake knock-offs at home. Nowadays, a quick Google search will find a dozen different recipes to make your own shamrock shake anytime. Sure, that didn't stop up from blending those red and white starlight mints with some vanilla ice cream and green food coloring when we were kids. But our own concoctions never came close to what McDonald's seemed to master and made their shakes more of a novelty.