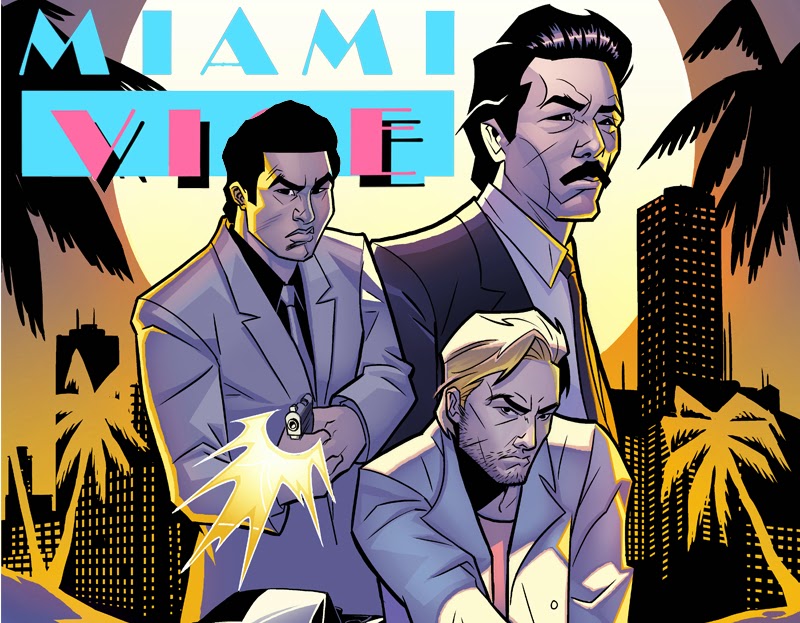 After posting an announcement last July that Lion Forge Comics was creating new comic books based on '80s properties, I totally lapsed on the release dates. Well, the recent announcement that Big Trouble in Little China was going the graphic novel route triggered my brain to check up on these other comics. Turns out, they have already gone live! I will be acquiring a few this week to check out for myself.

Here is a quick wrap-up of what's available as of today through Lion Forge and Roar Comics along with a quick link to Amazon Kindle editions... 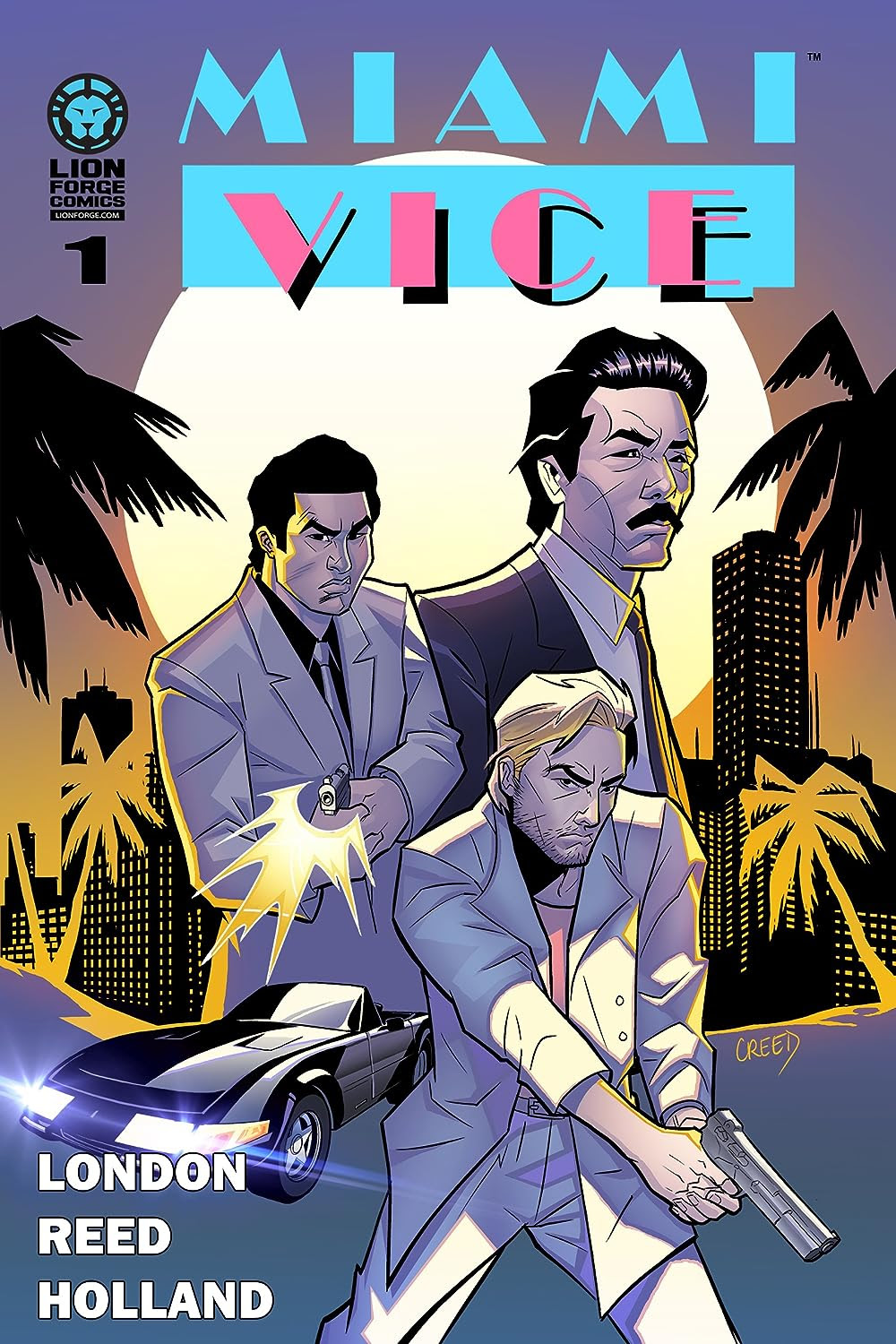 Synopsis: Miami Vice detectives Sonny Crockett and Ricardo Tubbs race to solve a brand new case when a lethal street drug prompts a string of deaths in Miami's modeling community. Working with the team at the Organized Crime Bureau, Crockett and Tubbs attempt to locate the drug's source as all signs point to the arrival of a mysterious drug kingpin who has his sights set on taking over the Miami underworld! All of the 80s styles, the beautiful women and excitement return in this brand new adventure that takes place in the original show's continuity!

The debut issue was released on February 25, so it's the perfect time to check out the series. I'm a huge fan of the show so really interested to see how it this series will turn out. Note that content is rated for mature readers. 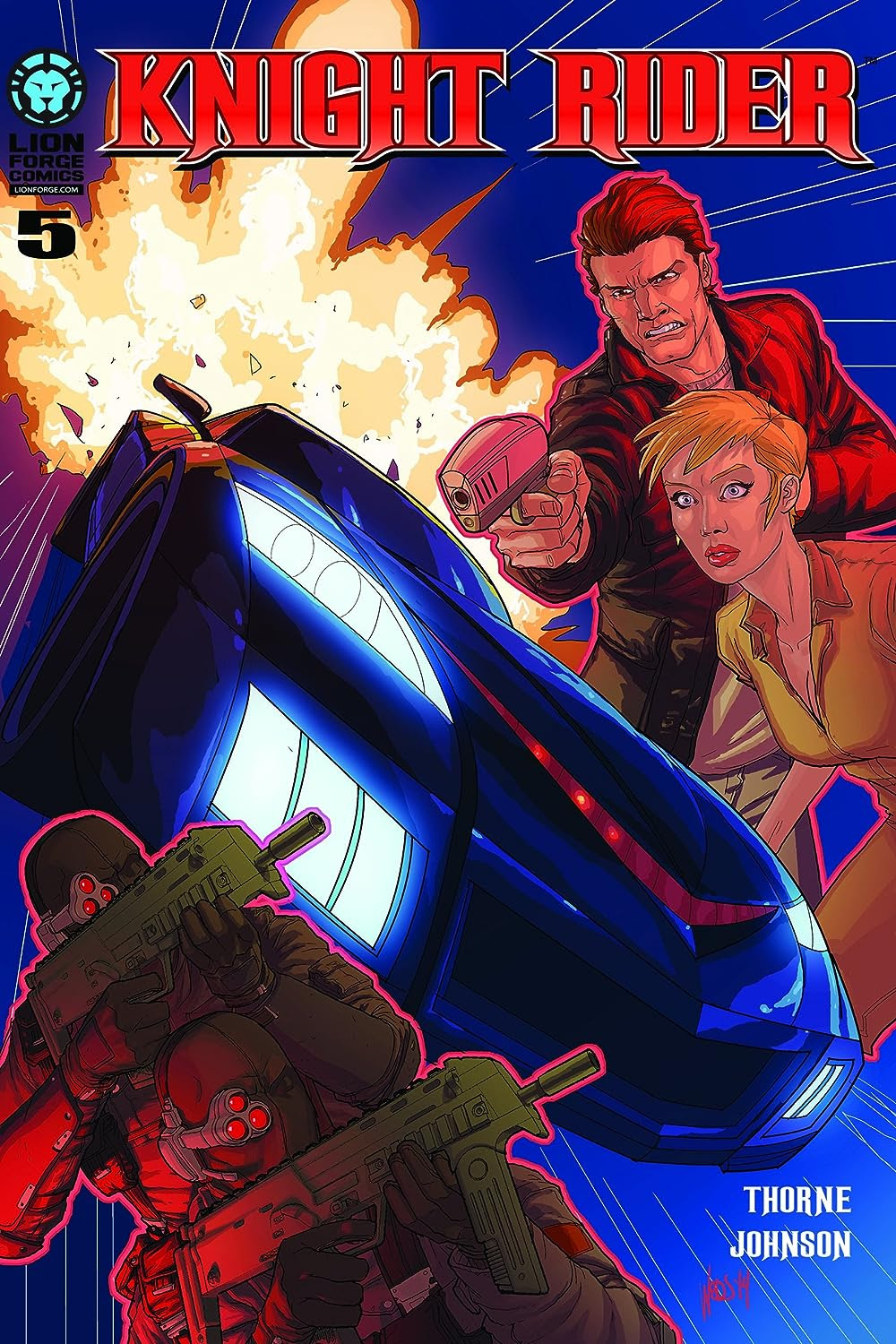 Synopsis: The gun battle with the mercs leaves Michael’s car crashed and Michael and Tabitha for dead. Elsewhere, Katherine gets a huge surprise when she meets the mercs’ employer.

The latest issue was released a couple weeks ago on February 17. The debut issue was actually released back in October 2013, so I'm a little late to the F.L.A.G. party. The description above sounds like Goliath was in town to smash up K.I.T.T., although is the reference to "Michael's car" actually K.I.T.T.? If it is then why wouldn't they call it that? A mystery I'll hopefully solve when I get my virtual hands on issue #1. 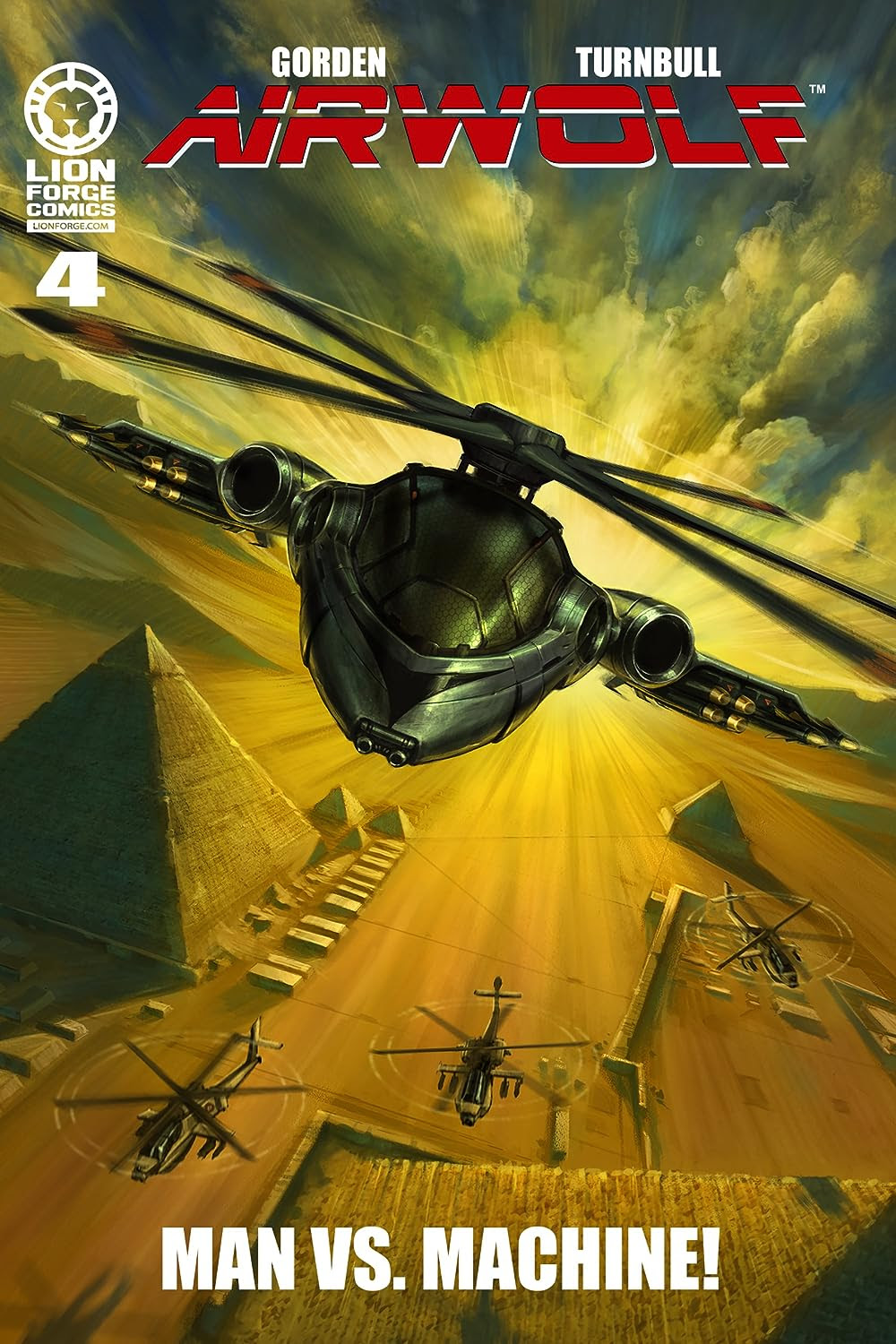 Synopsis: It’s Hawke VS. Airwolf as it lays waste to Shahid’s complex. The problem for Hawke is that even if he finds a way to defeat the super helicopter he still has to deal with the pilot the maniacal loose cannon Granger!

The latest issue for Airwolf was released January 28 with the debut issue also being launched last October as with Knight Rider. The current issue sounds like something out of the TV pilot which makes me excited. Although I hope it is more than just a retelling of the TV series which from the descriptions, seems to be. 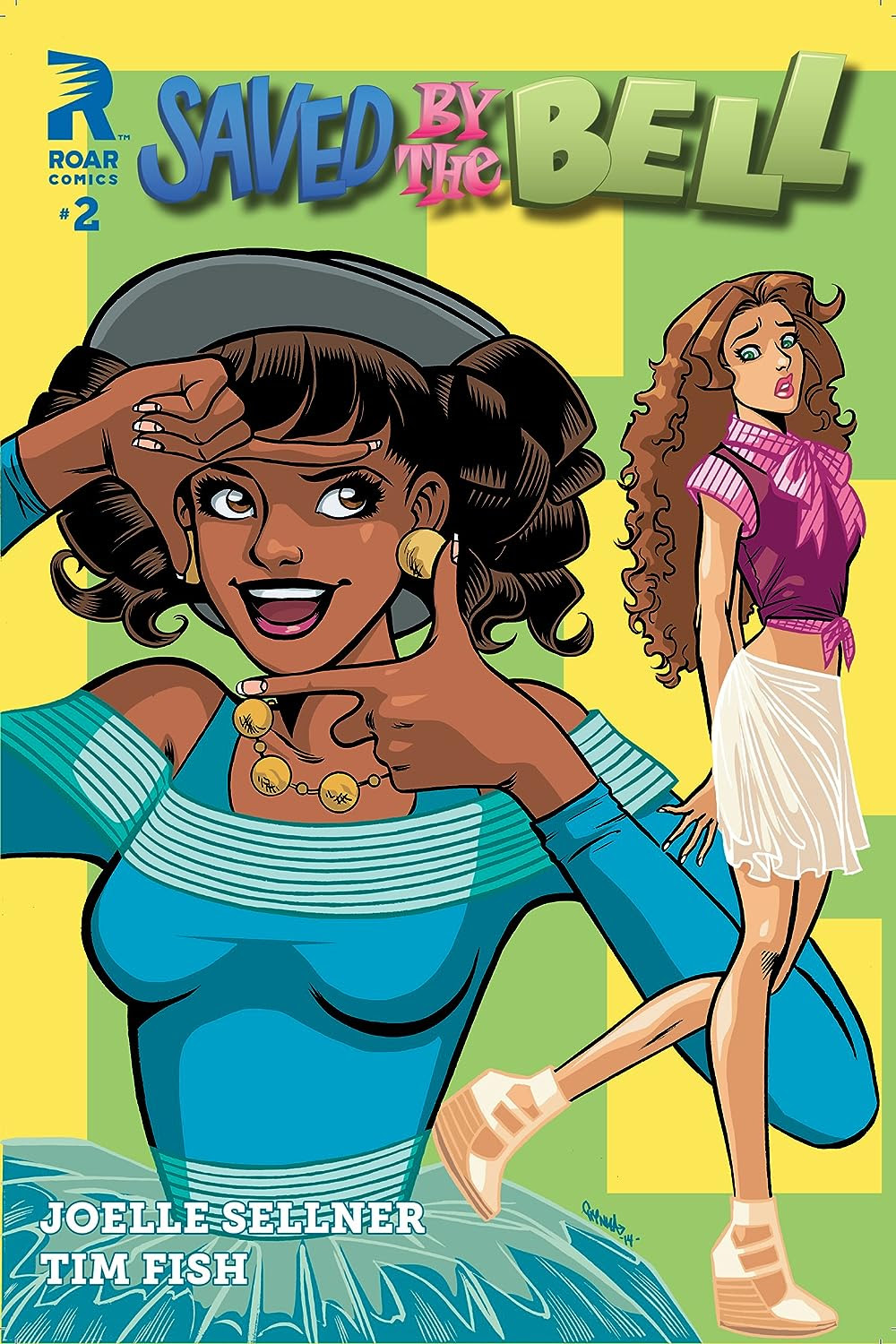 Synopsis: Lisa's taking her fashion vlog from a little webisode on BayTube to a chance at stardom... She's entering a contest to be the Fashion Channel's next student commentator! But when her ratings slip, her only chance is accidental video of Jessie's wardrobe malfunction! Will Lisa do the right thing and take the video down, or fulfill her life-long dream of being on TV -- even if it's at Jessie's expense?

Issue #2 was just released this past Tuesday Mar 4 with its debut on Feb 4. Looks like the Bayside gang is all here, only their high school year has change to 2014. Will the characters adapt to being 25 years in the future? Guess you'll have to find out for yourself. 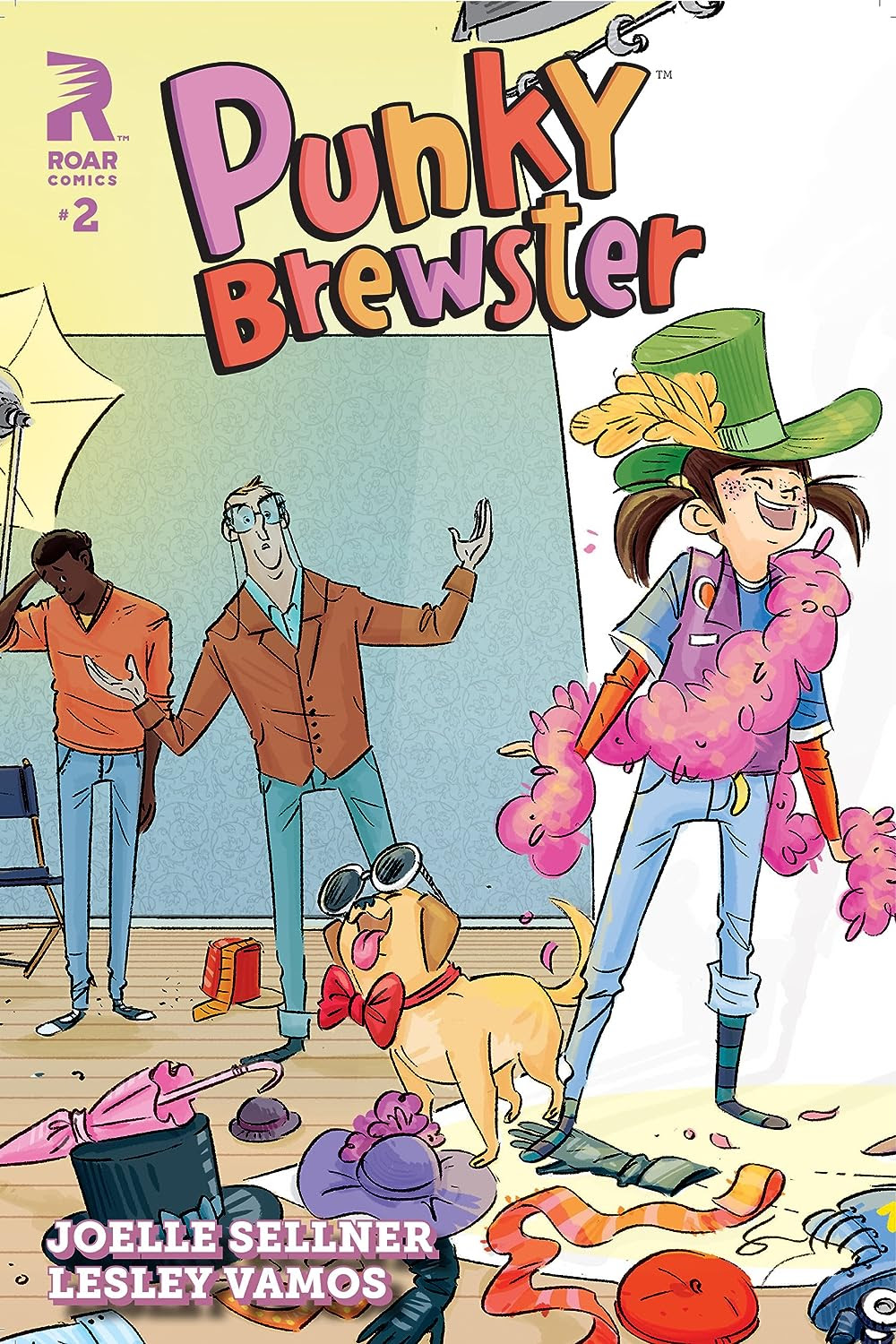 
Synopsis: Holy Macanoli! Punky gets a tour of a magical place full of beautiful costumes and exotic artifacts -- Henry's camera studio! Henry sure seems like a grumpy old guy, but that can't keep Punky's spirit -- or Brandon's tail -- down! But how could an old photographer like Henry take care of a little girl like Punky? It just doesn't seem possible... What're Punky and Brandon going to do?


The Punky Brewster series has mirrored the release dates of Saved By the Bell with issue #2 becoming available just this past Tuesday March 4. Not sure what's up with the art, but the cover from the debut issue looks alot better. I've got a feeling her misadventures will translate well to comic book pages as you'll remember she also had an animated series in the '80s.

If you've acquired any of the aforementioned comics, I'd love to hear your opinion in the comments below!
Newer
Older