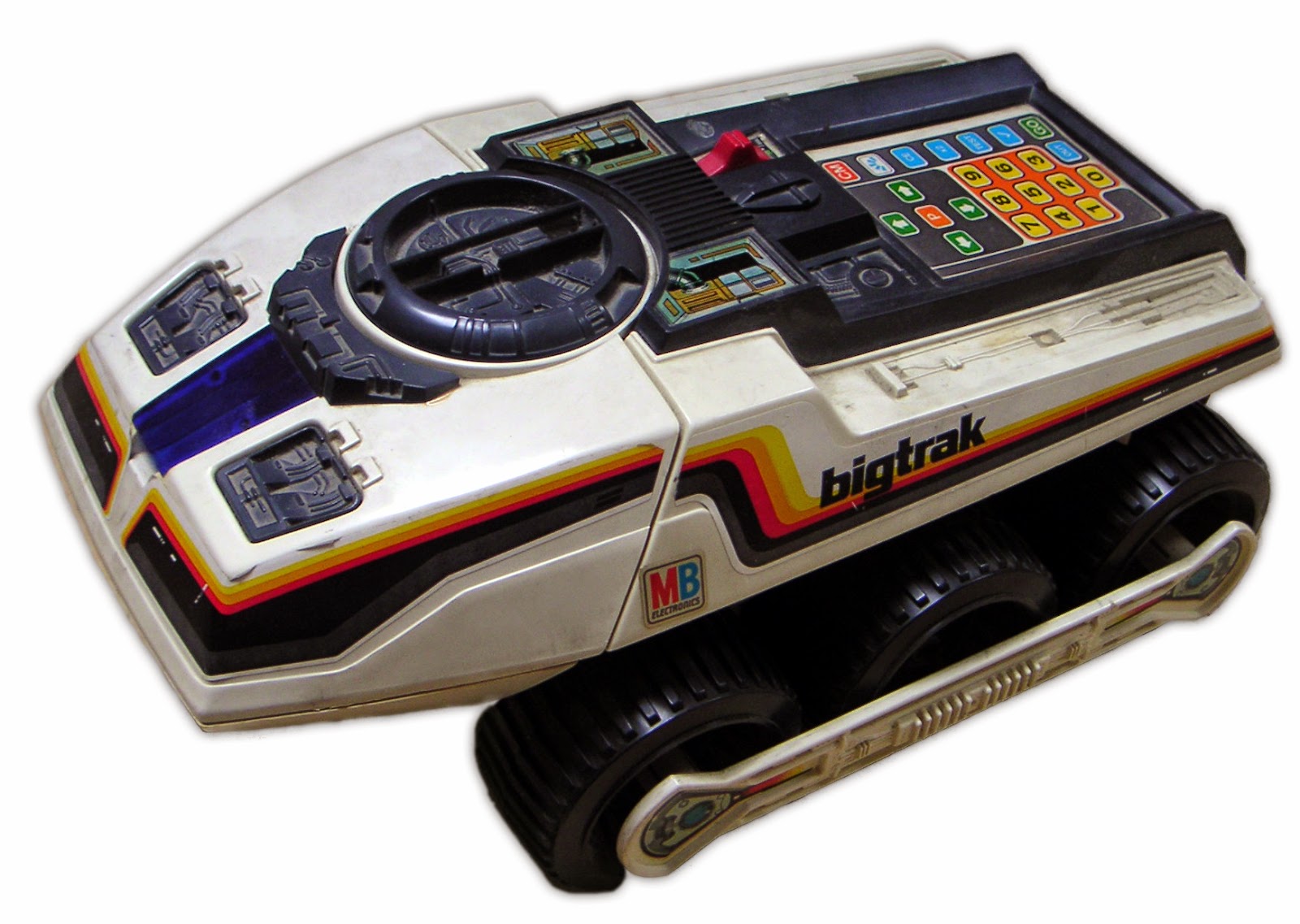 Television shows and cartoons in the '80s were saturated with ridiculously awesome vehicles. As '80s kids soaked in these shows, it only goes to reason that popular toylines would have the same level of awesome and beyond.

With the popularity of the animated series G.I. Joe: A Real American Hero, it seemed that military vehicles were spread across almost every toyline. Tanks were always some of my favorite ground vehicles. It could be because I watched the A-Team build one from scrap metal almost every week. But for whatever reason, whether they had tracks or wheels, I was always fascinated with tanks as a kid.

I thought I'd put together a short list of the 8 best toy tanks of the '80s and 3 that didn't quite measure up to the rest... 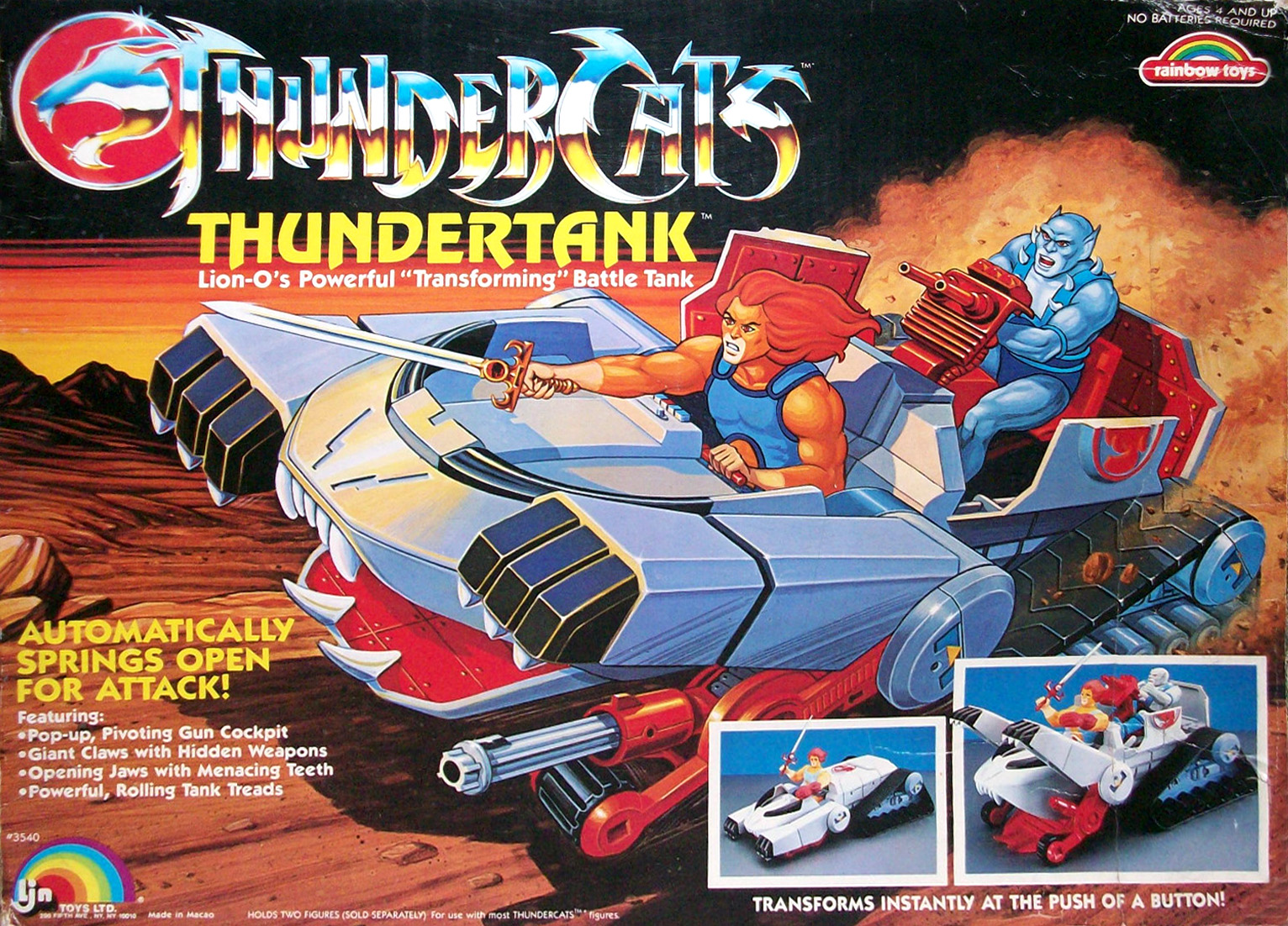 I was huge into Thundercats after they broke onto the cartoon scene in 1985. One of the first figures I remember having was Panthro. Sure he was the strong one of the bunch and had cool red & blue nunchucks, but his greatest asset was building the Thundertank. The toy was great with the pop-up action, but they definitely got it wrong on the box...why was it "Lion-O's tank" and how can you drive it while holding a sword in one hand and a big ol' glove in the other?? If you played with this toy correctly, we all knew that Panthro was behind the wheel. 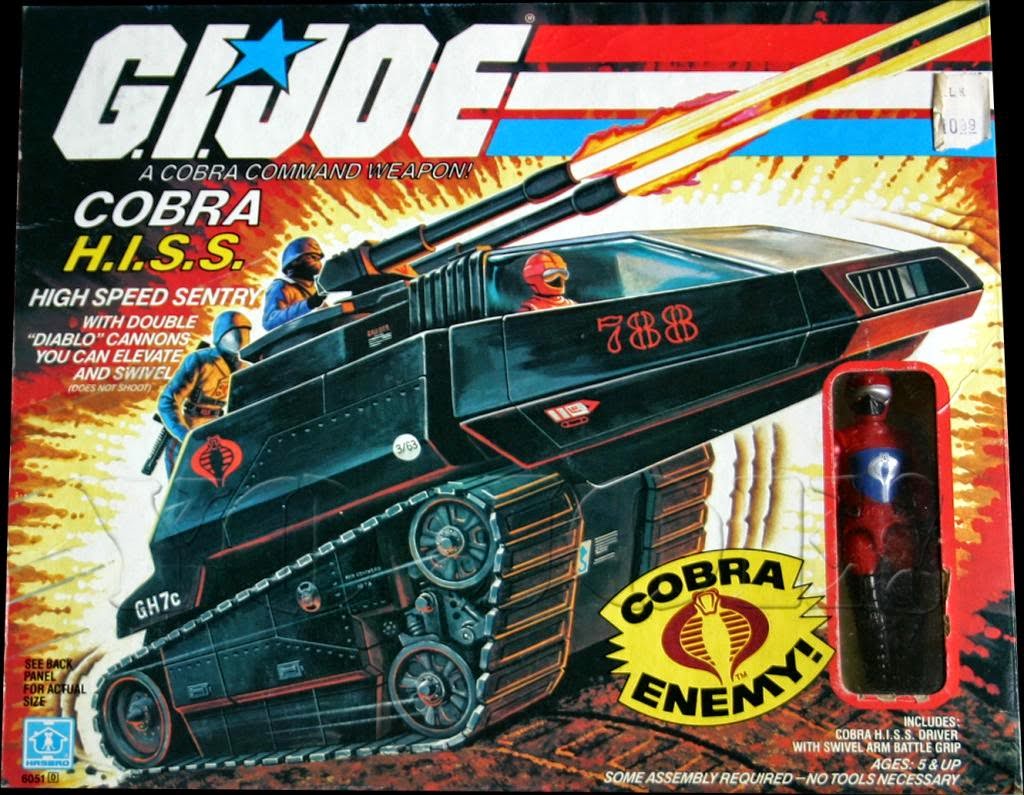 The high speed sentry or "H.I.S.S." tank was the dominant ground vehicle of Cobra since it first went on the attack against G.I. Joe. Although altered over time, the classic design was very unique and the toy also captured its cartoon essence. From the swiveling twin cannon turret to the nosed cockpit, the H.I.S.S. just looked like a cobra snake ready to strike. 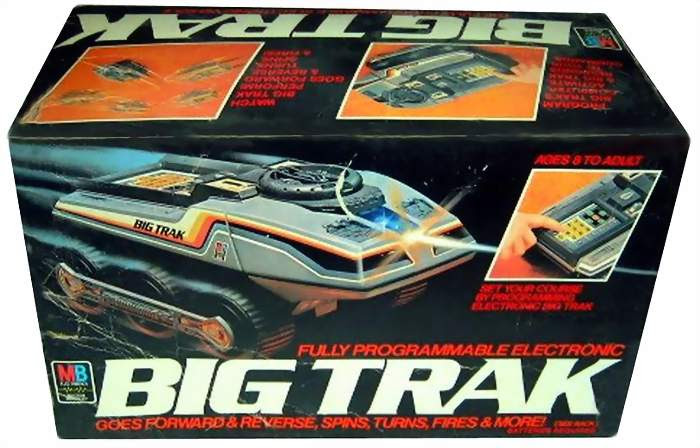 How cool was the Big Trak??!! This tank-like vehicle didn't have tracks, but when you could program its maneuvers, who really cared? I can't remember which friend had the Big Trak, but I do remember getting my hands on one as a kid. A laser light, full rotation, and 16 programmable commands made this tank one of the best. All it really needed was a comfortable riding place for G.I. Joe figures. 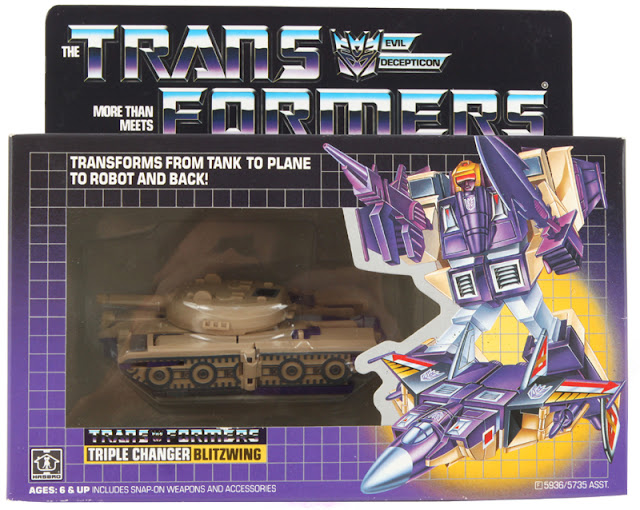 Transformers G1 triple changers were a great addition to the already popular toyline in 1985. No longer was a robot and vehicle enough in one toy...Hasbro blew our minds by having Transformers with TWO vehicle modes! Blitzwing (awesome name by the way) captured the best of ground and air attack by being able to transform into a battle tank and a jet fighter. 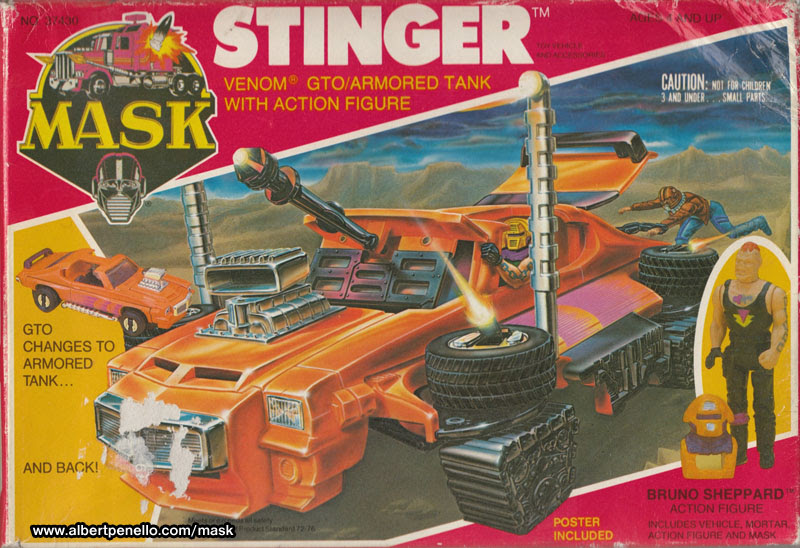 A Pontiac GTO that turns into an armored tank? Yes, please! Most of you know my affinity for the Mobile Armored Strike Kommand franchise and this vehicle was just plain cool. I could actually make a case for the Bulldog semi/half track and the Jackhammer Bronco/assault vehicle making this list as well, but the Stinger was my favorite M.A.S.K. "tank." 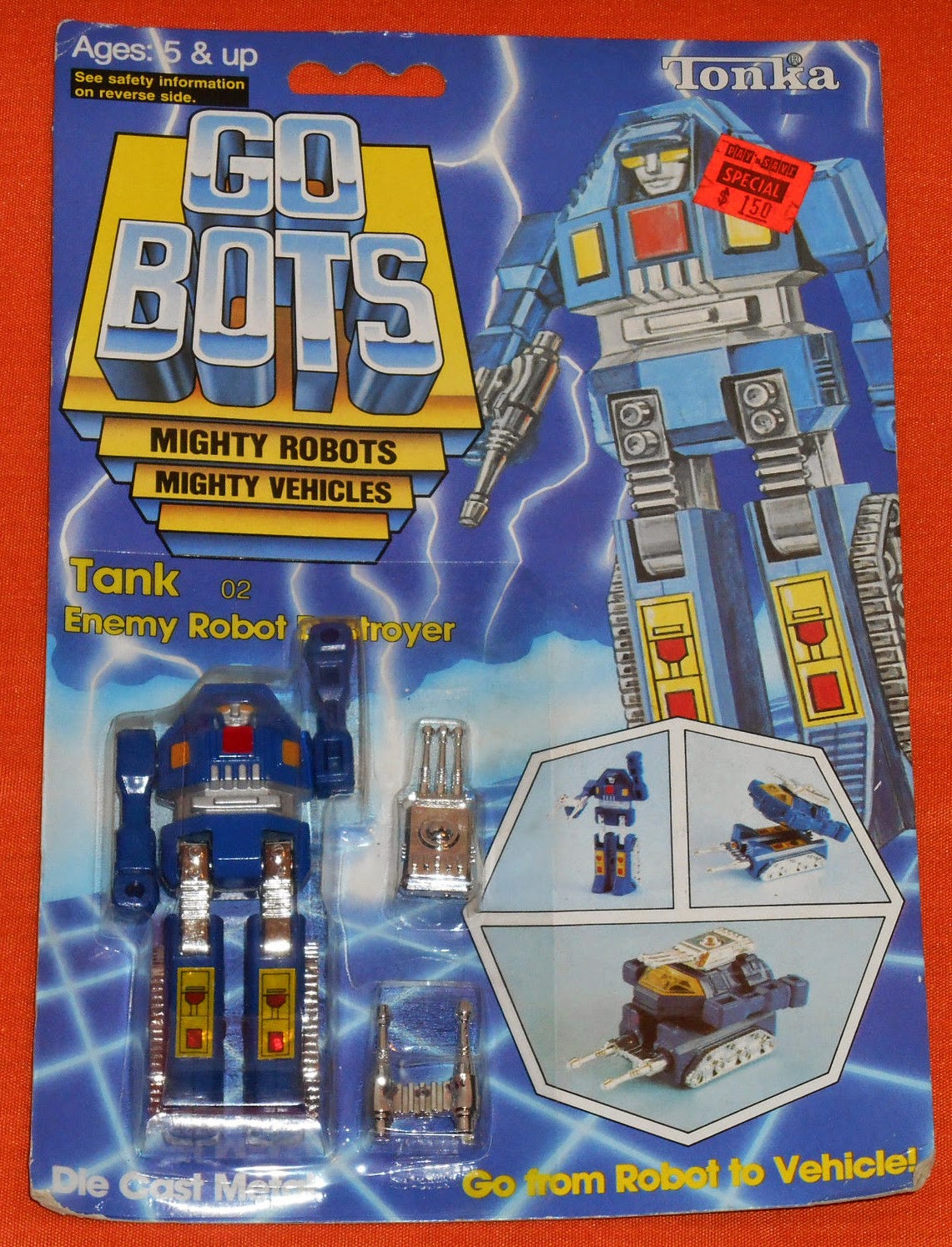 I'm a Gobots apologist and always will be when it comes to transforming robot toys. The simple design made them easy transform and fun. The enemy robot destroyer Tank was no different and even came with two gun accessories (that were typically utilized for what...the first week?) 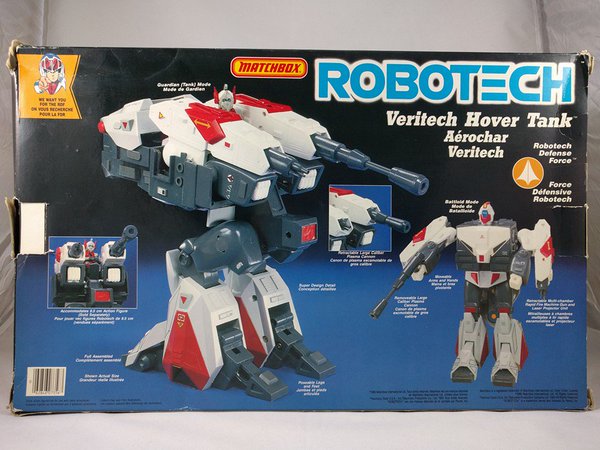 I was never really into Robotech but the Veritech hover tank was basically a large-scale triple changer. The vehicle could change from a hovering tank (like the Halo Wraith except way cooler) to a battle platform and also to a robot. How is it that Robotech never caught on big in the US with toys like this? 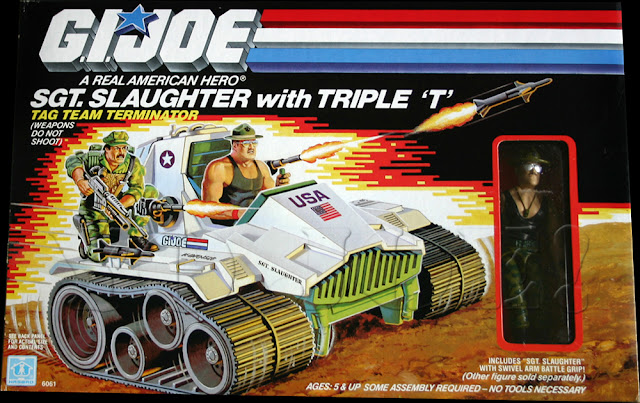 There are so many cool Joe tanks to choose from that I wasn't sure what to add to this list. The Mauler, Wolverine, MOBAT, and Armadillo were some of my favorites, but for some reason the "Triple T" that Sgt. Slaughter drove stands out in my mind. It wasn't particularly special other than having other Joes ride along to incorporate its "Tag Team Terminator" name. But with Sgt. Slaughter being one of the most popular characters, the Triple T just seemed to be his perfect chariot. 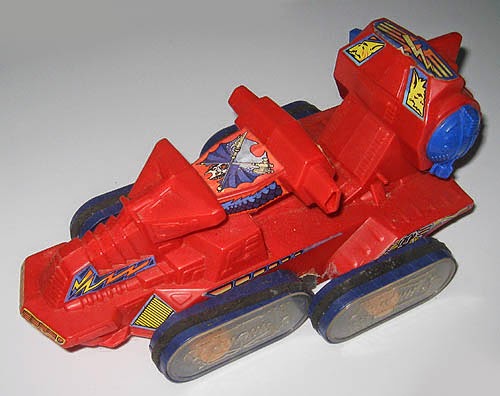 First of all, the toy looked nothing like the one in the cartoon. Secondly, if you had one or was around a kid who did, you might remember how LOUD it was. And forget about pushing it, unless you wanted the sound of a full deck of playing cards on bicycle spokes. It also didn't help that they treated the vehicle on the show like it was their mechanical pet. The setup seemed like one of those cheap plastic knockoffs they sold at the dollar store. Plus, it just seemed awkward for a cannon to be protruding from a robot's chest. I think even the Gobots made fun of this one. 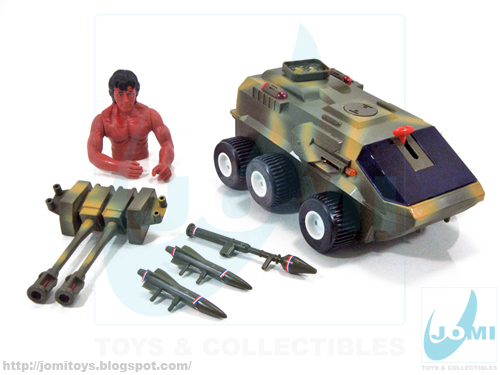 Umm...where is the other half of Rambo?? This tank was actually a knockoff and never released to the US and let me say on behalf of Rambo fans everywhere...thanks!!!! This has to be the weirdest tank ever. It looks like they took a Big Trak, some random G.I. Joe vehicle guns and a 12" Rambo torso and then glued it all together. And if that isn't enough to make this list, wait until you see it in action! Weird.

Did I miss any tanks that you would've included in the best or worst list? Leave a comment!