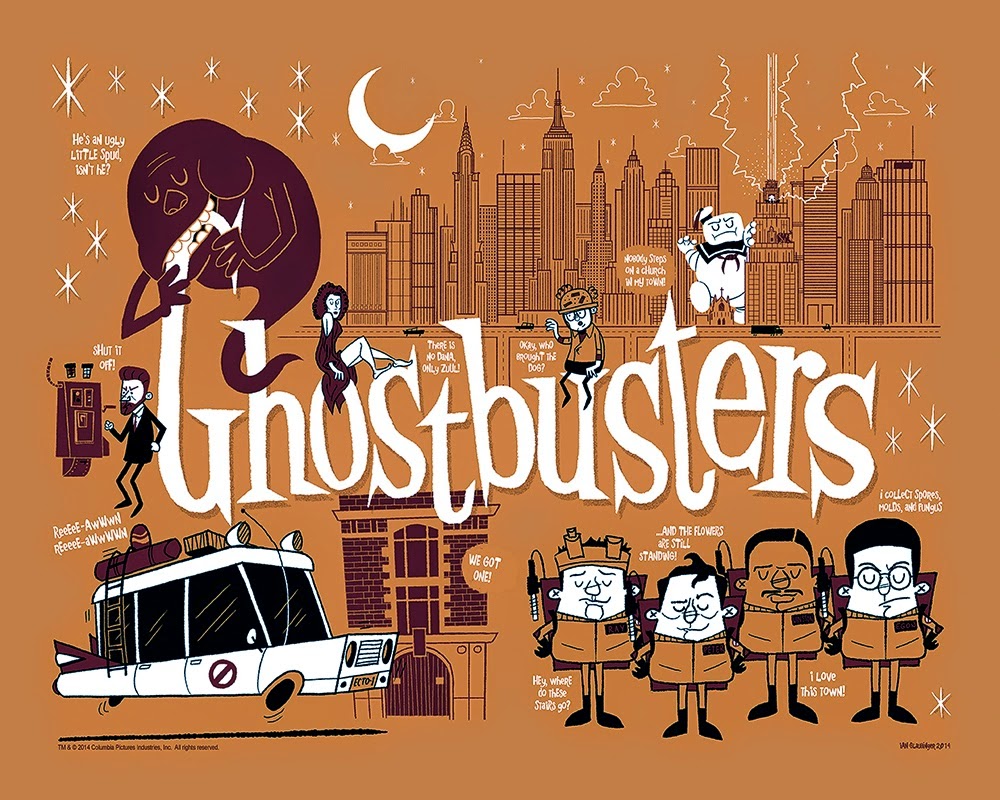 Gallery 1988 has formed a traveling art show this year for the 30 anniversary of Ghostbusters. Stops include New York City (going on now through April 26), L.A., Chicago, and San Diego Comic Con. If you can't make one of the shows, you can always visit Ghostbusters30th.com to take a glimpse at some incredible licensed artwork.

Released just yesterday was the art in the header image above by Ian Glaubinger, whose cereal box art has also been featured on RD80s in the past. His latest titled "That's a Big Twinkie" will be included in the traveling show and features fun caricatures and quotes from the original film. Visit his website for more info on purchasing a print.

Also check out some of the other commemorative artwork you can traveling around the US this year... 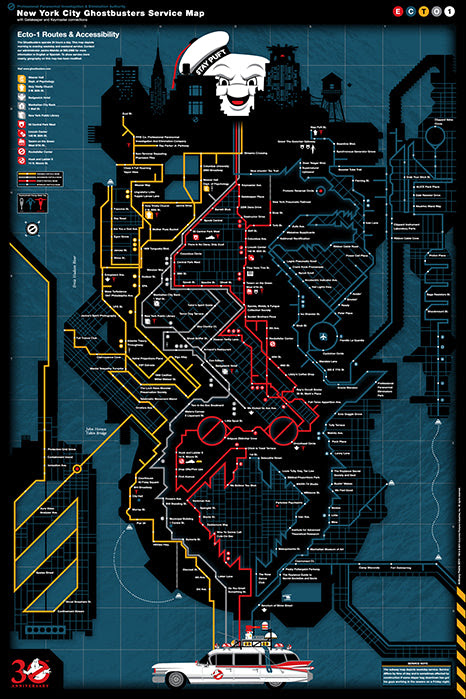 "They're Here To Save The World" by Mike Mitchell 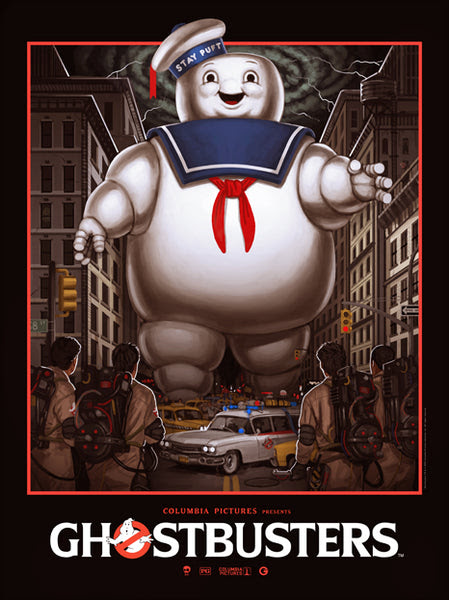 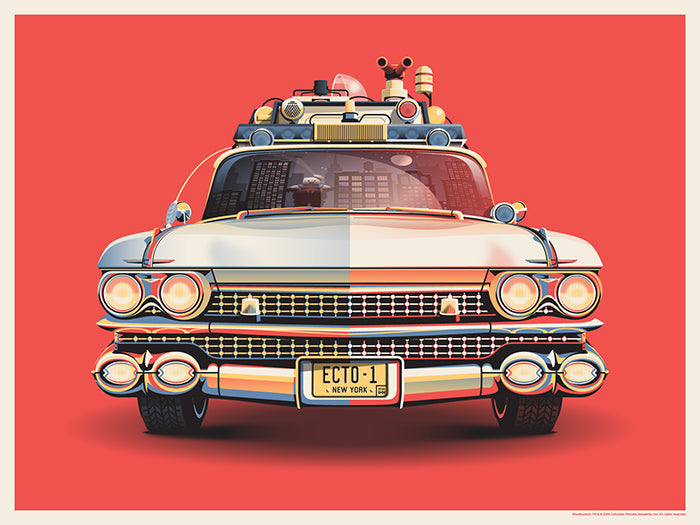 "They're Here To Save The World" by Joshua Budich 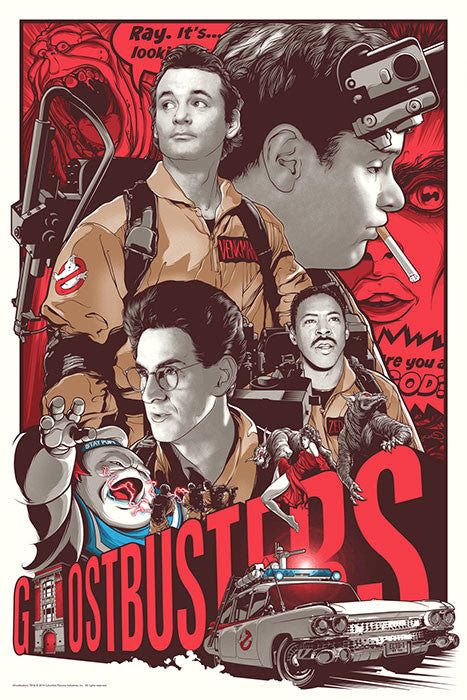 "The Flowers Are Still Standing" by Mark Englert 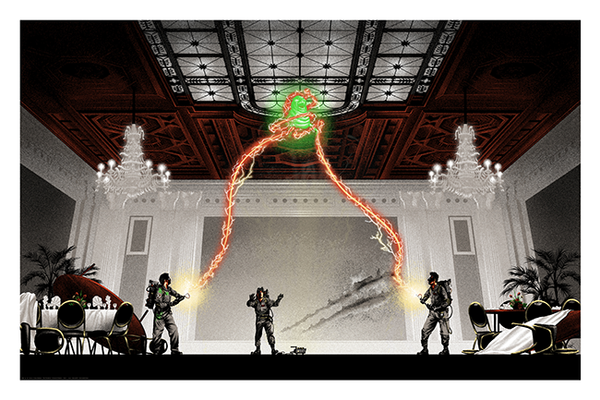