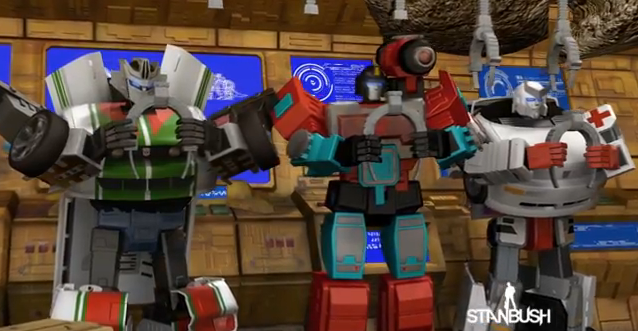 Stan Bush, best known for "The Touch" from the 1985 animated film Transformers: The Movie, just released a new album on March 17. The Ultimate is his 12th studio album and can be purchased through the store at StanBush.Com or iTunes.

I've listened to three tracks from the new album and it sounds exactly like what you'd expect from Stan Bush, awesome synthesized '80s style rock. What caught my eye was the music video for "Thunder In Your Heart" released yesterday which features G1 Transformers. It was directed a produced by Randall Ng, a 3D artist/animator who has worked on video games likes Justice League Heroes. The result is a retrotastic reunion of classic Transformers characters with a Stan Bush soundtrack. Enjoy!