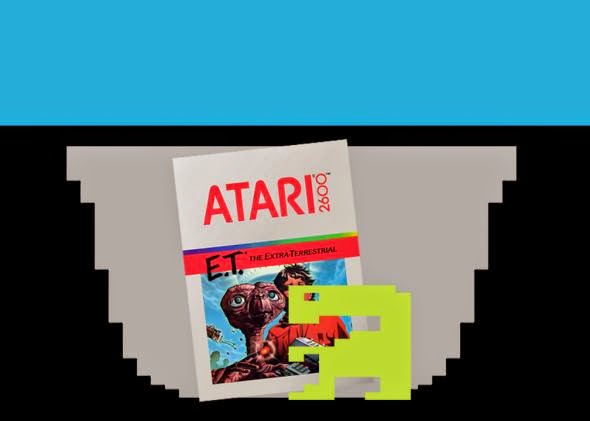 I've been a huge proponent of pulling the E.T. video game "out of the pit" and off the hook for the video game crash of 1983. It's really hard for me to imagine a few bad video games causing the hold North American industry to collapse, but that's been the view for several years now.

After the famous landfill dig in New Mexico back in April, I voiced my opinion of the findings which again proved to me that it wasn't just the E.T. game to blame. Yesterday, I was on the Retrogaming Reddit page and found a mini-documentary presented by Rev. Rob that does a fantastic job of laying out the facts of the video game crash. The video also really debunks the myths surrounding the stereotypical badly-ported Atari 2600 games like E.T. and Pac-man and proves the majority of the blame should be on the video game companies and their order filling and return policy with retailers. The visuals provided with the facts surrounding the crash also make the 19 minute video easy to watch.

If you want the full story on the E.T. video game and the 1983 video game crash, the mini-doc posted below is definitely the best I've seen...