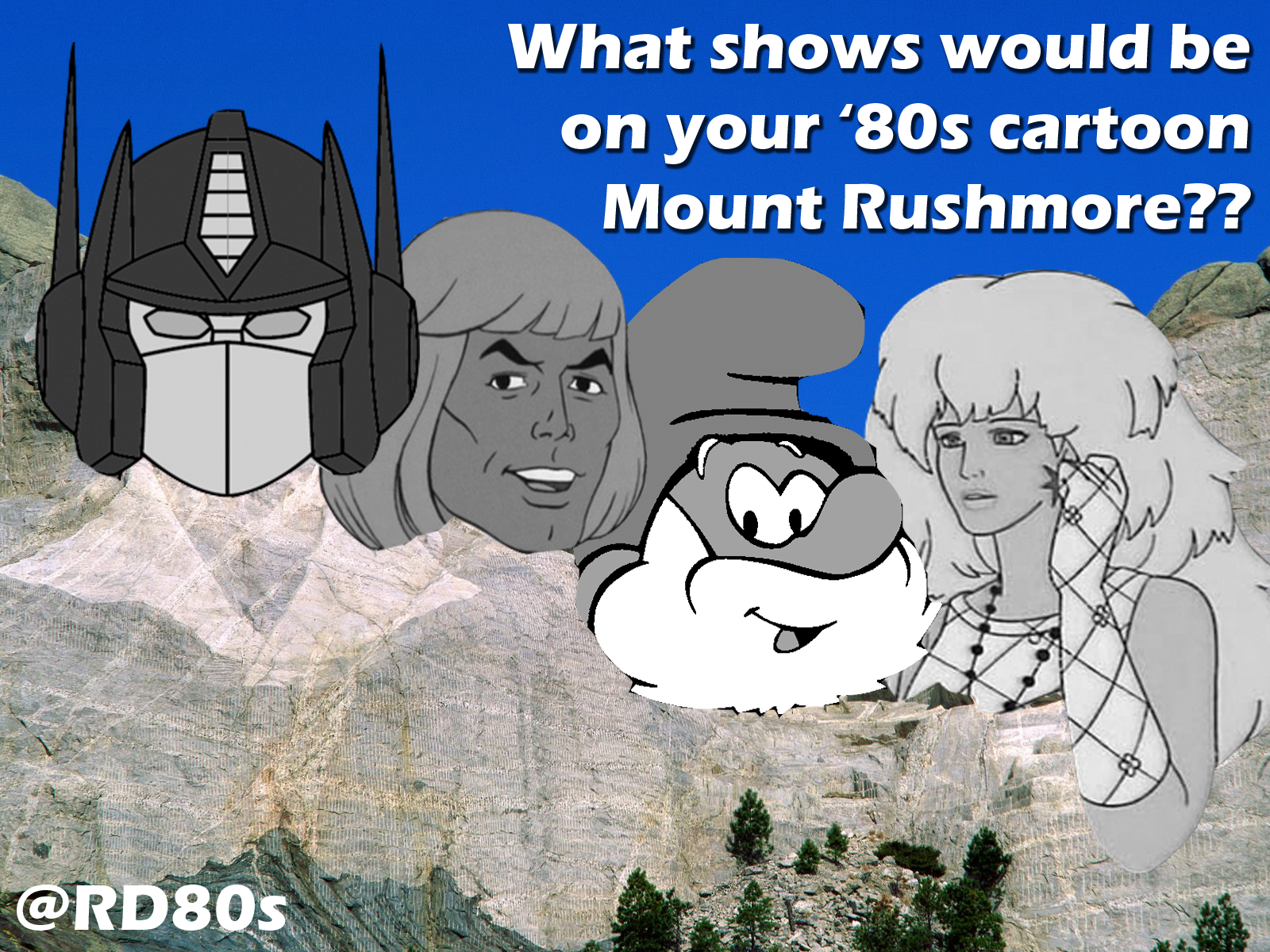 '80s Mount Rushmores uses the basic premise of picking 4 things to enshrine as favorites of a certain topic. The first edition on RD80s featured '80s music artists and I got some great feedback on social media before and after I revealed my personal choices.

Now, it's time for another topic, cartoon shows! What four '80s shows would you carve into your '80s Cartoon Mount Rushmore? I'm looking for the most popular shows but more personal favorites. Whether they lasted for several seasons or just 13 episodes, what four animated shows mean the most to you? Here are mine: 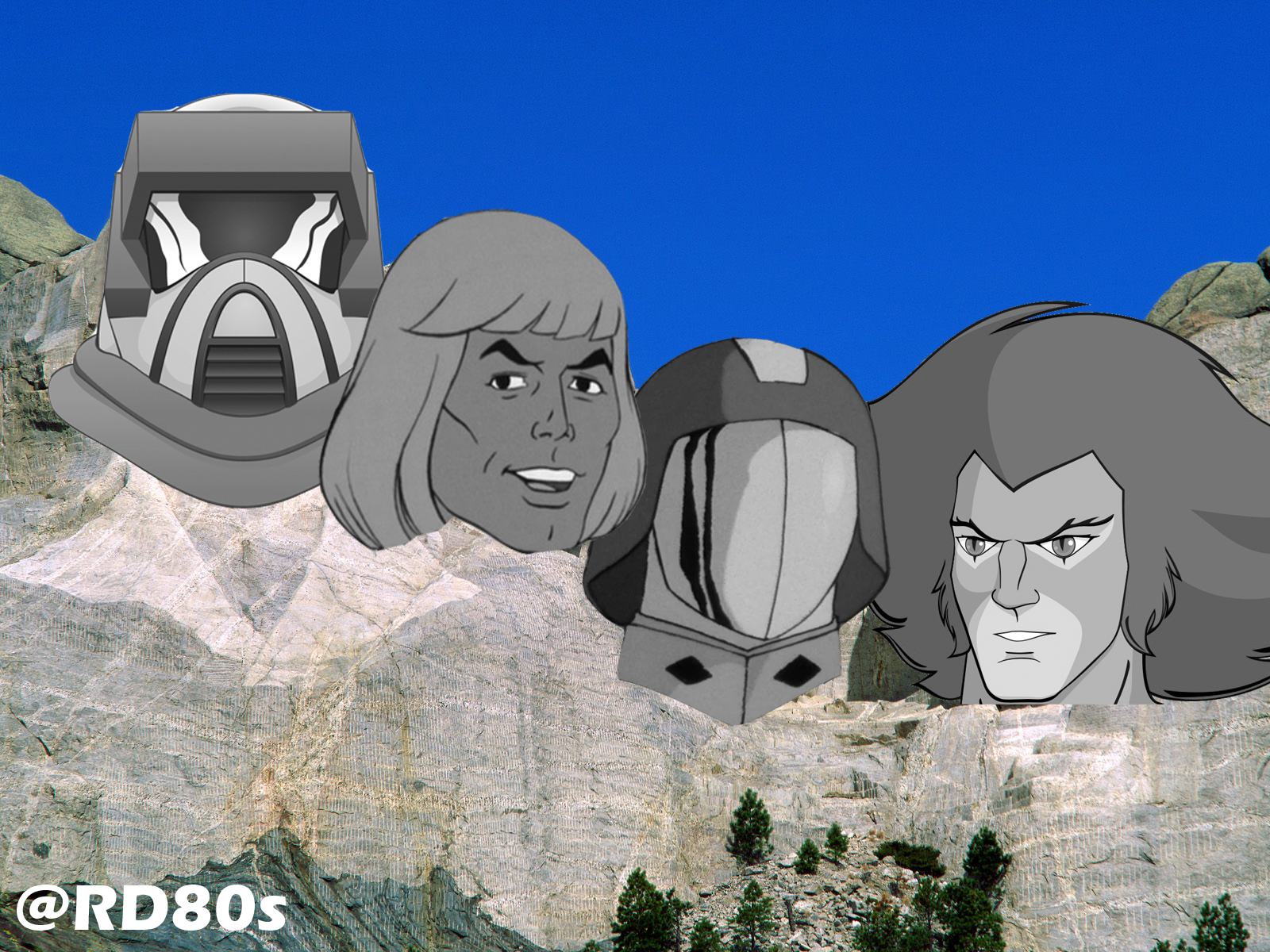 G.I. Joe: Real Amercian Hero
G.I. Joe: Real American Hero was definitely THE show I couldn't wait to watch after school. The characters. The vehicles. The show had everything for a little boy's imagination whether it was toys to play with inside or epic battles in the woods outside.

Thundercats had many elements that made it a great show. There was a hint of Star Wars with space travel and Jaga playing the part of Lion-O's Obi-Wan. The creatures and environment of Third Earth was similar to He-man's encounters on Eternia. The show had a great villain in Mumm-Ra, but he wasn't always the one the Thundercats fought which I think helped it's longevity. The toys were also great and I collected a good deal of them.

He-Man & The Masters of the Universe
So much to love about He-Man and Masters of the Universe. It was probably the first I watched on a regular basis, a classic battle of good vs evil but in the nontraditional setting of a planet in outer space. The characters and mystical adventures were very vibrant and when combined with the awesome soundtrack by Levy and Saban, the show was just so easy to be fascinated with as a kid. As with the others mentioned, the larger action figures were great for epic play battles.


M.A.S.K.
Mobile Armored Strike Kommand wasn't one of the most popular shows, but it combined the major elements of G.I. Joe and Transformers into one epic franchise. This was definitely a toy-driven franchise with the show mainly an educational video for playtime. Two factions battling with transforming vehicles was the perfect equation to result in a great cartoon show in my young mind.


So, there are my four. Hard to imagine I left off Transformers, but as I've mentioned in previous posts, I'm a GoBots apologist and my affection for Challenge of the GoBots pretty much levels out Transformers. I've was HUGE into the Smurfs as a kid so it was very difficult to leave them off the Mount. Some other honorable mentions for me would be Garfield and Friends, Muppet Babies, Voltron, Saturday Supercade, and Pac-man.