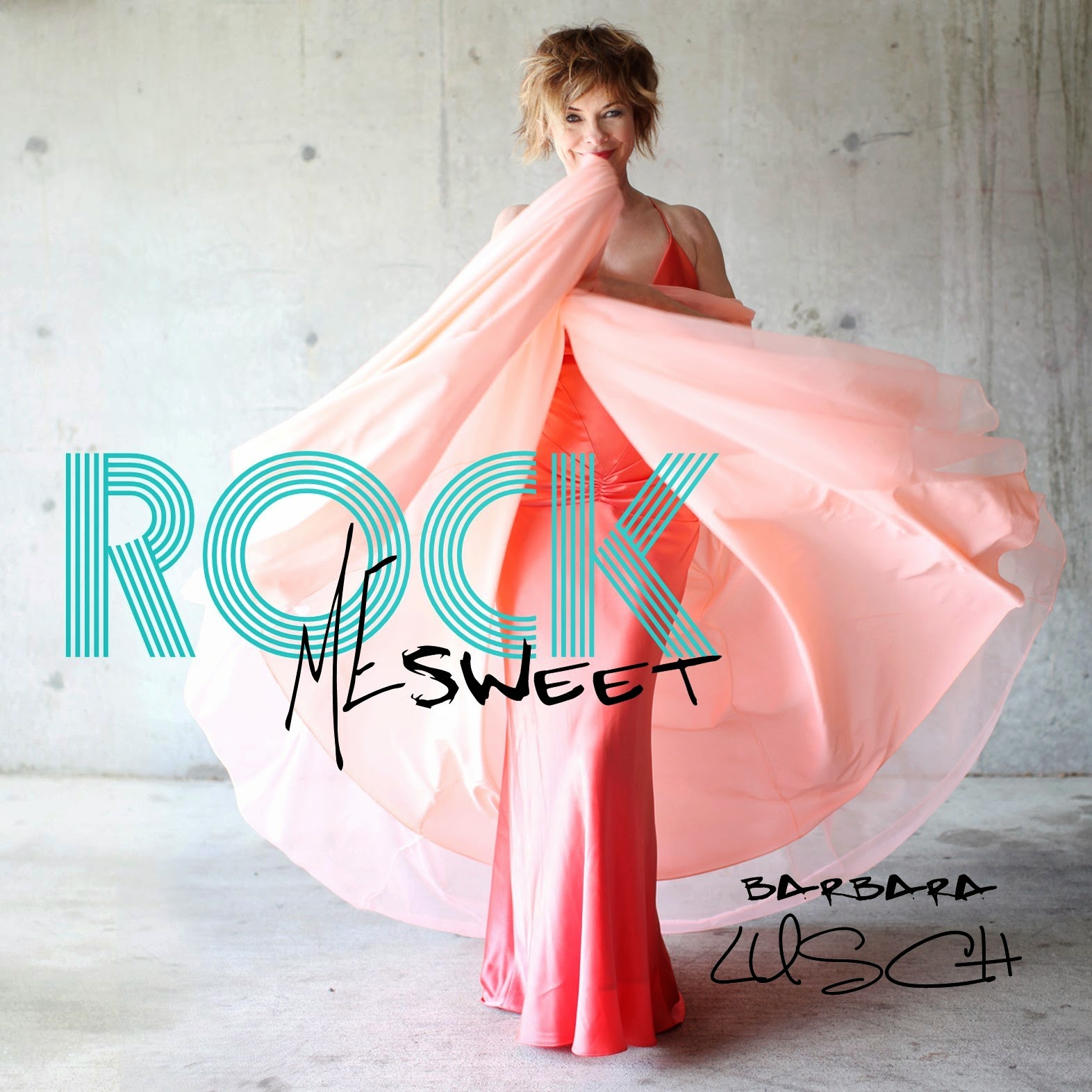 One of the perks about blogging the '80s is I occasionally get emails that bring the '80s to me! Recently I was introduced to a compilation album of '80s rock anthems. I'm not talking about Freedom Rock or those other sets that Time Life used to pitch us on TV back in the day. Actually, this '80s rock compilation isn't rock at all!

Artist Barbara Lusch along with producer Tom Nunan have elegantly fused big hair with the subtle sounds of jazz in the new album Rock Me Sweet. It features covers of Bon Jovi, Guns N' Roses, Yes, Foreigner, Billy Idol and more! Here is the album description from the press release:

Portland jazz artist Barbara Lusch is no novice to the heart and grit that fueled the 80s and brought about rock powerhouse numbers from Springsteen, Bowie, Bon Jovi and many other culture icons. In a creative attempt to underline the passion and emotive fervor contained in the lyrics of these rock ballads, Lusch and conductor Earl Rose have slowed the tempos and reinterpreted these songs as sensual and honest jazz numbers.
Lusch’s cover album, Rock Me Sweet, is a tribute to some of the best love stories in rock music. As Barb puts it, "I wanted to do these songs my way, and bring out the vulnerability and emotional depth of the lyrics". Barb’s reinterpretations are mesmerizing, alluring, and allow us to hear these rock narratives of the 1980s in a novel way.


I've had a great time previewing the album this past week. Take a listen to a couple tracks that are my favorites including Bon Jovi's "Livin' on a Prayer" and GNR's "Sweet Child of Mine":


I also got the opportunity to ask Barbara a few interview questions regarding the new album:

How did the development of Rock Me Sweet come about?

The concept for ROCK ME SWEET came from my dear friend Tom Nunan, an executive producer for many film and TV Shows including the Oscar winning Best Picture "Crash". We had been wanting to work together on a project for years. I wanted try something different. Tom suggested taking rock anthems originally recorded by male artists, re-arranging the songs into ballads performed and orchestrated in the mood and style of American Standards. More familiar to Frank Sinatra and Tony Bennett's era. We intentionally chose "male tracks" against which to contrast my style. Our goal was to make the experience as surprising and emotionally compelling for the listener as possible.

What was your process for choosing the 80s rock hits to cover? (Where they more your favorites or just songs that you felt were a good fit for jazz?)

We started with about 30 songs that were our favorites, recognizable and that we thought most people could sing along to. Then I listened closely to the lyrics. If I didn't feel that I could relate to the lyrics and tell the story well, I put it aside. Then the basic structure of the song. In some cases there wasn't enough variation to re-arrange the song into ballad. We didn't want to vary the original melody of the song. It was a combination of favorites and what we thought would be a good fit for the music we were going to produce.


Were any tracks a struggle to get the rights to reproduce?

No, not really. It was a lot of leg work though. In many cases there would be several writers for one song and they each used a different publisher.

What’s your personal favorite track on the new album and why?

I love them all and have become attached to each one for different reasons. Once we brought the tempos down, the emotions and stories contained in the lyrics emerged so clearly. I began to love all these songs more and more, and to gain new admiration for the artists who conceived them. I've been performing the songs live and if I had to choose what I have been enjoying performing the most , it would be, 1. "Where The Streets Have No Name" 2. "Sweet Child O' Mine."


Many thanks to Barbara for answering my questions. What really sticks out to me about the album, coming from someone who normally doesn't listens to jazz, is the lyrics of the songs. Her crisp, clear voice really conveys the words of each track, some of which I've never understood before. If you are into rock music like me, you can go for years either not knowing the lyrics to your favorite rock songs or singing along with incorrect ones. Rock Me Sweet was like an elegant audiobook to my distorted rock n' roll hearing.

Hopefully you are now just as curious as I was when I first heard about the album. Well, lucky for you I have the album track list so you can see if Barbara also covered some of your favorites. Here they are:


The album debuts tomorrow Sept 23, 2014, but you can preorder now on iTunes and Amazon. You can also check out Barbara's other albums while you are there!
Newer
Older