Movie-Themed Fairground Rides From The '80s I grew up in smalltown Pennsylvania, far away from Universal Studios or Disney World where I could "ride the movies." Other than the end-of-the-year school field trip to Hershey Park or Kennywood, the county fair was consistently the place to be to tempt fate on amusement rides (tempting fate because these rides were usually put together in a day by hired help.)

A recent venture of Tumblr led me to find some photos of themed fairground rides that stirred up some great memories. I don't specifically remember any of these rides at our local fair, but it could be because the origin of these photos are from the National Fairground Archive that was put together by the University of Sheffield in the UK. But whether you remember these rides or not, I thought they would be a fun trip back in time. 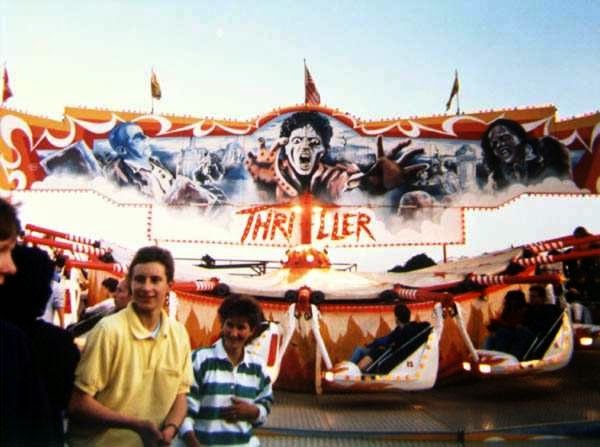 Thriller
The short film Thriller for Michael Jackson's hit single scared kids everywhere (including me) in 1983. The fairground adaptation was matterhorn-type ride produced with the Thriller theme. The picture above was taken in 1988 by Jack Leeson. I found several newer pictures of the ride, but it appears it received a makeover at one point and kept only the name. 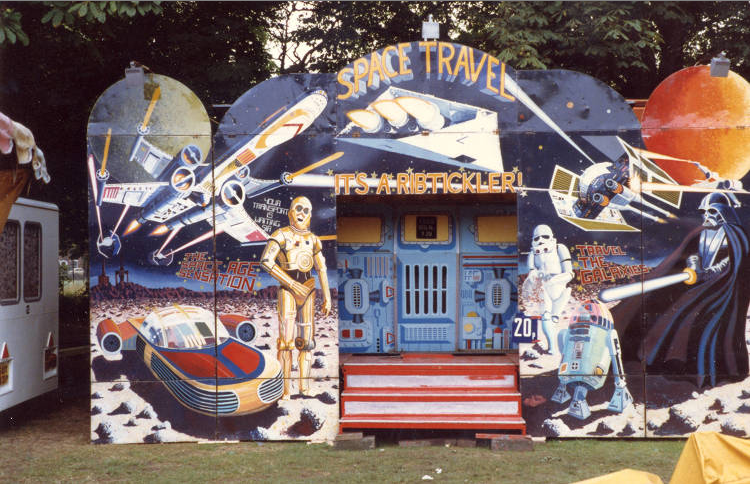 Star Wars
Though not official named, I bet the Star Wars fun house above would have been a hot commodity in July 1981. The picture above was taken by Paul Angel just a couple months after the release of The Empire Strikes Back film. Not sure why space travel would be a "ribtickler" but I know I would've paid to find out! 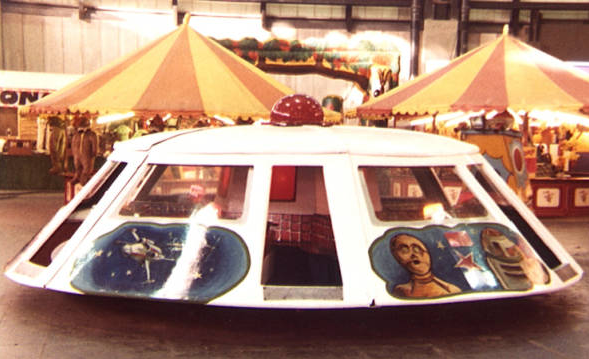 Another small kiddie ride I found had a Star Wars theme. This carousel was photographed in 1980 by Dick Price. With a little more creative effort, I think it would have been perfect for the top of R2-D2 that we all know was able to spin! 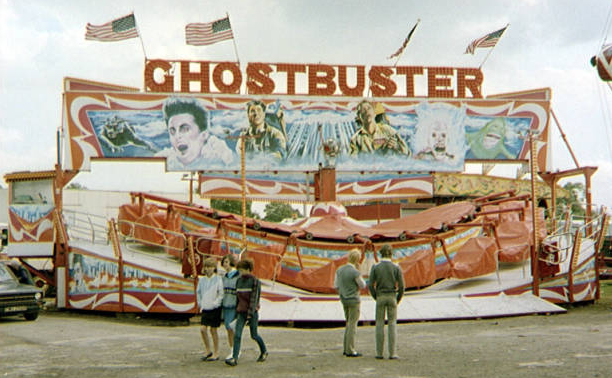 Ghostbusters
I would have ran to this ride!! This matterhorn-style Ghostbuster ride was developed by Joey Manning and photographed by Ian Trowell in 1985. The artwork alone would have been a draw to me with the actual ride a distant second place. It appears the ride lasted unaltered for several years because I found several newer pictures in the archive. Here's a night shot by Dick Price in 1990... 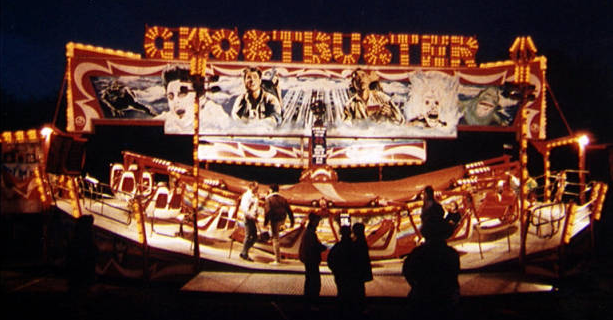 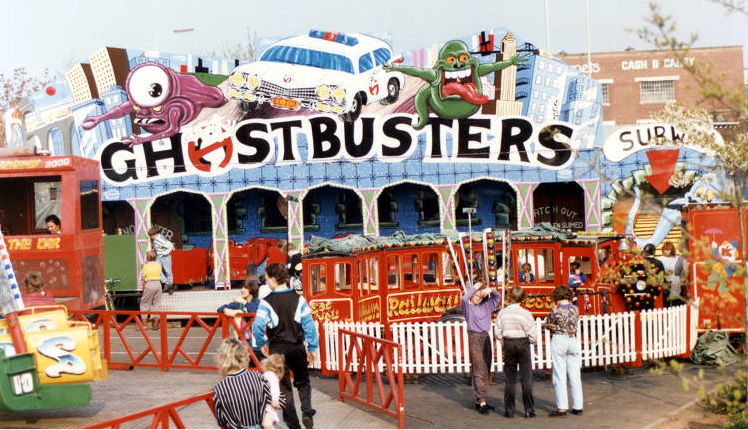 All aboard the Ghostbusters Ghost Train! Paul Angel photographed this glorious kid's ride in March 1990 following the release of Ghostbusters II the summer before. Although several liberties were obviously taken in the artwork, the ride still would have been very visually appealing to fans of all ages. Check out more photographs below from Paul Angel and leave a comment if you remember any more movie-themed fairground rides in the '80s! 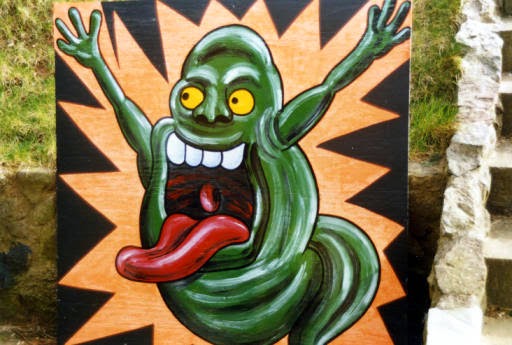 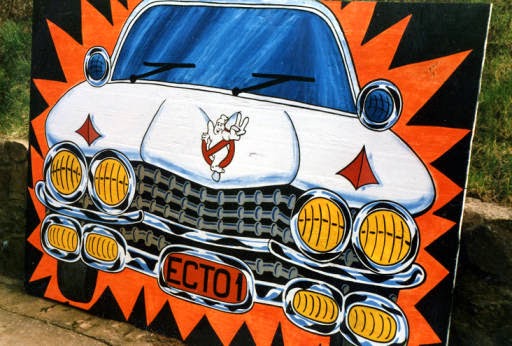 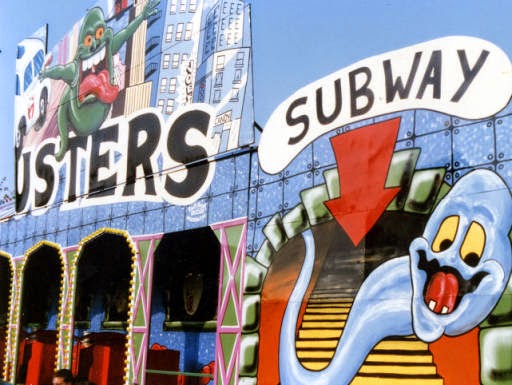 Do you remember any other '80s movies that were made into fairground rides?
Newer
Older
Powered by