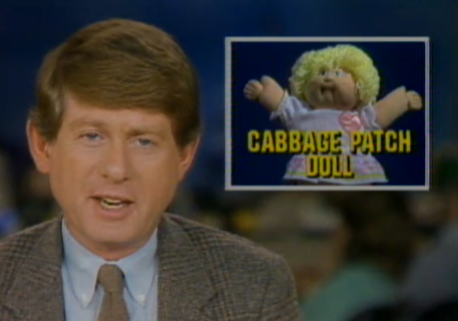 As we begin what retailers now call "Black Friday Week", I thought I'd take a look back at some of the toy crazes in the '80s. The origin of the term "Black Friday" can be traced back to the '60s and more mainstream in the mid '70s. But several times in the '80s, there were hot ticket toys that caused panic in the malls and led to the shopping craziness we now associate with the Friday after Thanksgiving. 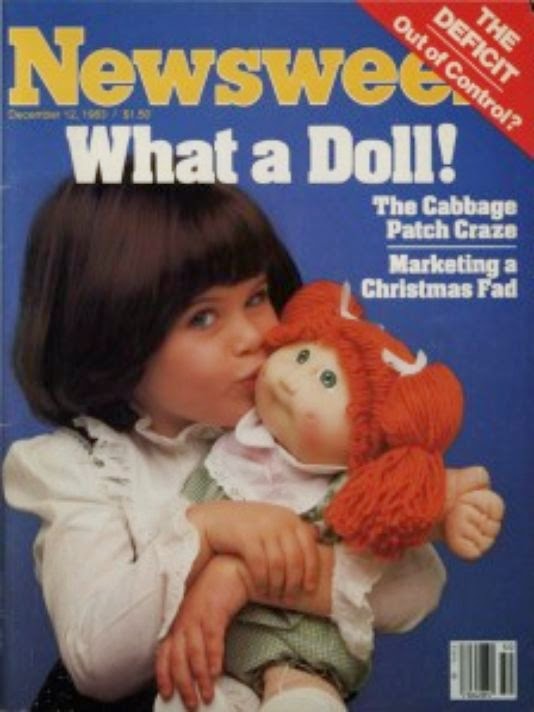 Probably the best known toy craze of the '80s was the Cabbage Patch Kid dolls released in 1983. They first appeared at the International Toy Fair in NYC and by October, parents were already going crazy trying to obtain them for Christmas presents. "Doll Mania" was reported locally and nationally through TV stations, newspapers, and magazines. Stories of employee bribery, shopping brawls resulting in broken bones, and store owners with baseball bats surfaced over the course of the holiday season. Some retailers tried the more civilized approach by handing out lottery tickets to customers willing to let luck decide if they would be receiving a doll for Christmas.

The demand for the dolls couldn't have come at a better time for manufacturer Coleco which was primarily known for its video game consoles and electronic games. With the implode of the video game industry in 1983, Cabbage Patch Kid dolls helped Coleco to remain successful over the next several years. By the time 1984 ended, the supply had been greatly raised with almost $2 billion in revenue being amassed just by the Cabbage Patch Kids brand alone. With consumers now being able to easily obtain the dolls, the violence subsided. But the remnants of Black Friday in the '80s seem to occassional show up in the modern shopping experience and memories of "Doll Mania" occasionally come to the surface.