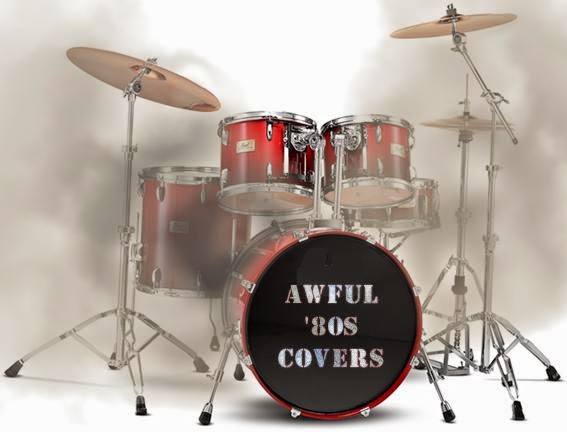 In my opinion, the best cover songs are the ones you don't realize are covers. I've got absolutely no problem with an artist taking a song that either failed on the charts or is relatively unknown and trying to make it a hit. Most of the time, they work and in some cases, even win Grammys. I also don't have a problem parody cover songs which are just out for a laugh.

What I have a problem with is taking a hit song and seemingly using its success to try and build your own. I don't blame the original artist for trying to make some extra money from their success, but more often than naught, the resulting cover songs are AWFUL. And believe it or not, I'm not talking about modern music which seems to cover or sample every past hit. Back in the '80s, it was going on too!

One of my favorite sites to get lost in is WhoSampled.com which is like a music ancestry. You can simply search any song and trace its roots back to other songs or find the red-headed stepchild that covered it later. What I usually stumble onto are hilariously awful versions of my favorite songs. And what I have for you today is a list of 12 songs that were released in 1989 that covered other '80s hits...and not in a good way.

This one is a little personal since its one of my favorite songs by The Cure. I've never been fond of the version by Dinosaur Jr. mainly because it just sounds a bad garage band distoring a good song. Apparently Robert Smith doesn't agree with me though.

I love some of their early hits like "Don't You Forget About Me" and "Alive and Kicking", but it's hard for me to imagine anyone but Prince on this track. The success of Simple Minds seemed to trail off by the late '80s in the US so I wonder if they were trying to regain some attention.

Phil Collins has turned many cover tracks into epic hits, but its this Jam Tronik cover is nothing but an epic fail. The somber duet with David Crosby was an international hit and to slap a techno beat on it the very same year it was released is anything but paradise.

There have been a few R&B tracks translated to rock that have had success (see "Smooth Crimnal"), but this one had no chance. It's hard to cover a signature song, but it's even more difficult when you do it with super awful metal.

If I had to rank this list, I'd probably put this cover as the worst of the worst. The spoken word lyrics and the up-tempo Casio keyboard beat is just tainted.

I swear this cover was recorded at a karoke bar. Very little differentiation from the original rhythm and a sub-par rap performance is the formula for a freakin' awful cover.

I'm not sure what S.U.M.P. stands for, but you'll need a sump pump to get this crappy cover out of your head. I've heard better covers of this song on TV commercials than this acoustic nightmare. The music video featuring death was appropriate.


I can tell you what I don't like...how about this entire song. The Morales version removes some of the unique elements like the "hey"s and the awesome harmonica solo. But what I don't like the most is that this cover version outperformed the original on the charts! Huh??

Imagine the girl group Bananarama covering Van Halen for The Neverending Story soundtrack and this awful cover would be the result. The original song has a perfect mix of synth and guitar rock while this cover takes a huge leap to all keyboard.

This cover is so far off from the groove. It sounds like they purposefully took an upbeat tune and tried to darken and slow down for a horror movie soundtrack. And there is something weird about guys trying to cover girl songs that talk about guys.

Yeah, he's lying. I know what Technotronic sounds like and this beat ain't it. Who was this guy fooling with releasing a cover the same year as the original with "Noell Abedul" on the cover?

It's my prerogative to assume that even Jamaican people would hate this reggae cover song. Don't get me wrong, there are plenty of songs that translate well to reggae, but the tempo in this cover just doesn't match well with the original.
Newer
Older
Powered by