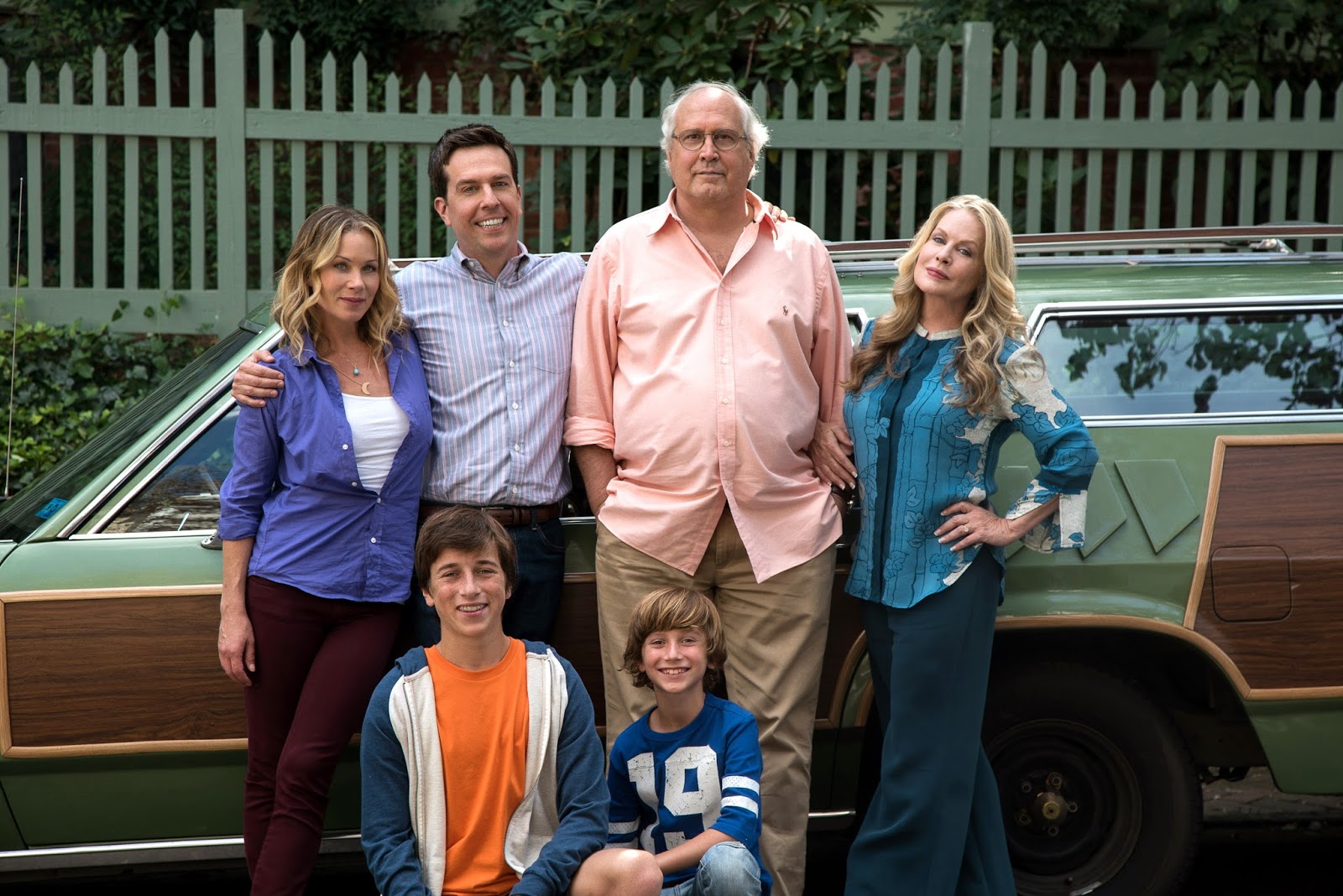 The Griswolds are set to return to theaters on July 31 and Warner Bros has given us a little taste of the multi-generational family. By now you probably know Ed Helms will be the newest Rusty in the franchise and will embark on a road trip with his wife (Christina Applegate) and sons in the footsteps of his father.

Speaking of, the new set photos released show Chevy Chase and Beverly D'Angelo will reprise their roles this time as grandparents. What I was excited to see was that the Family Truckster station wagon is still alive and kicking! She looks a little worse for wear, missing a hubcap and showing some fading paint, but the wood looks as polished as the day Clark got stuck with it. 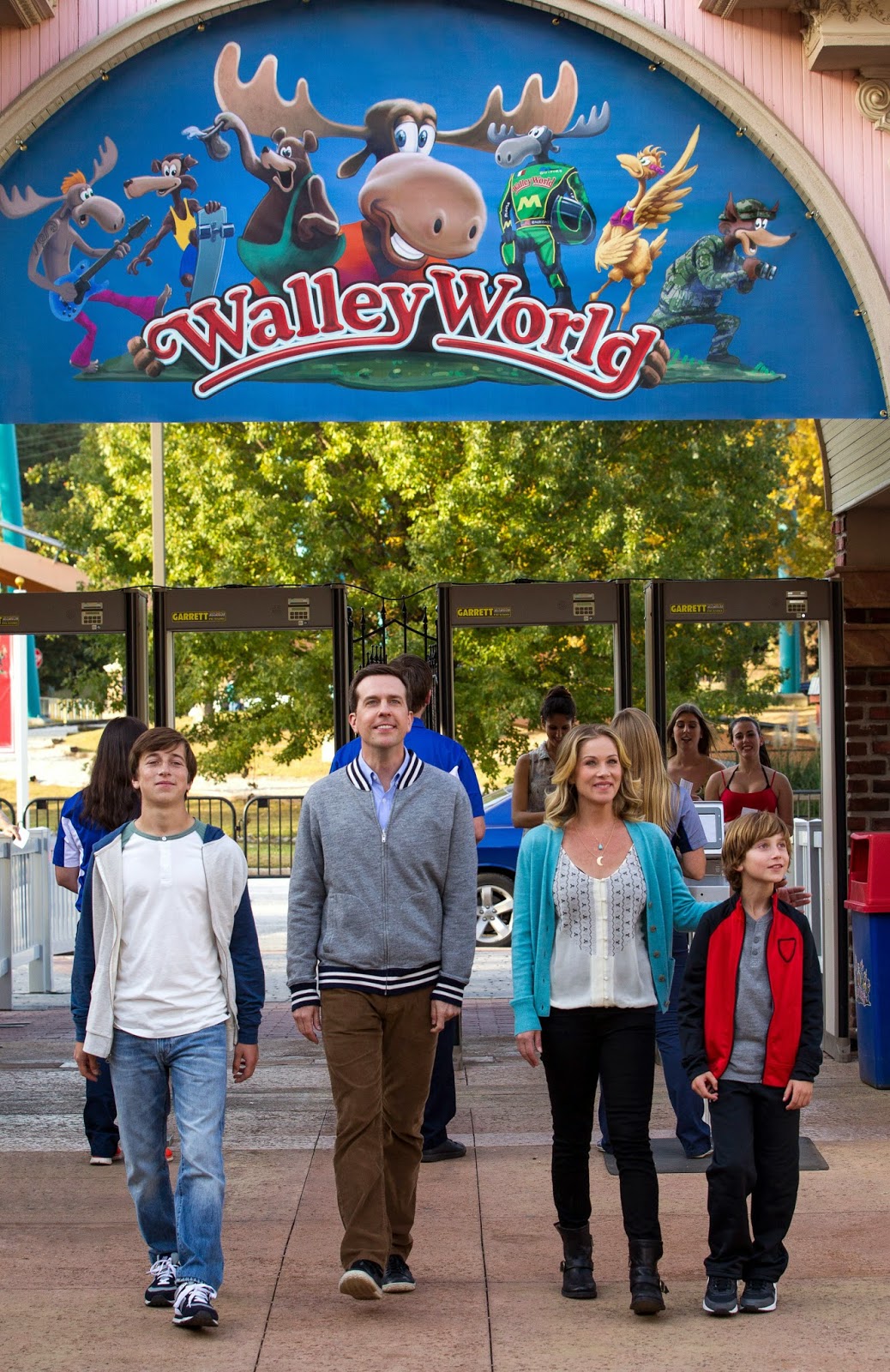 The other official picture released by Warner Brothers shows Rusty and the family entering the gates of Wally World. It appears that he his planning skills are a little better than his dad's in that they visit on a day that the park is actually open to the public. From the sign, it looks like Marty Moose has gained six new friends over the last 30+ years which gives Rusty plenty of costumed workers to fist fight.

It's my assumption that "Chev & Bev" will make cameo appearances during the film, but it seems that nuances of the original National Lampoon's Vacation will be sprinkled throughout. Looking over the cast and crew at IMDB also tells me we'll get plenty of typical Griswold incidents with a slew of police officers, EMTs, and firefighters in the cast.