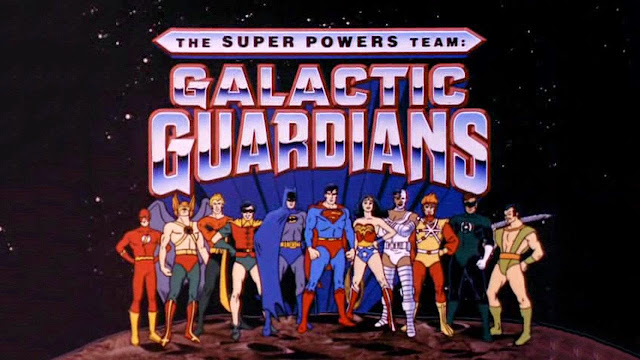 Rank 'Em has returned! It's time for another round of posts that will give you the opportunity to rank your Top 5 favorites among several categories. 2015 marks the 30th anniversary of 1985 releases and we'll be revisiting our favorite movies, TV shows, albums, and more from that year throughout the month of May.

In case you need a refresher, I invite a guest to post their Top 5 list along with mine and also give a brief summary of why our selections were chosen. Readers are encouraged to join us by posting their Top 5 in the comments so we can further the discussion. Remember, each list should be based on your personal favorites and not necessarily what "should" be the Top 5 based on popularity.

Our first topic is cartoons! Several animated shows made their debuts in 1985 on both Saturday morning and weekday afternoons. Boys got to watch their favorite soldiers on G.I. Joe: A Real American Hero while the girls got to rock out to Jem. Brothers also peaked over their sister's shoulders to watch She-Ra: Princess of Power. The Care Bears came to life from greeting cards and Star Wars invested in robots and forest creatures. WWF stars joined the Saturday morning crew while human-like creatures called Thundercats and Silverhawks invaded cable channels. Toys companies also sought to cash-in on shows like M.A.S.K., Jayce & the Wheeled Warriors, Centurions, and Sectaurs.

To help jog your animated memory banks before we start ranking, I've manged to pull together a playlist of 27 cartoon intros. Watch below and look for your favorites!

To help me rank the best cartoons that debuted in '85, I've invited Erik Tukey of the Cartoon Express Podcast and Boulder-Hill.Net to lend his animated knowledge. On the Cartoon Express Podcast, Erik is joined by his two brothers who rewatch and review cartoons of the '80s and '90s (both popular and obscure). They also go "off the rails" to discuss different topics in the world of animations.

Boulder-Hill.Net is dedicated to the world of M.A.S.K. including the toys, comics, merchandise, artwork, and more. The quality photos of Erik's personal collection gives his site a unique and personal touch. Erik was also a guest on the 2nd episode of the RD80s podcast and has join me on MASKast several times. You can find both of his ventures on social media too so please check the links above and give him a follow!

Below is a comprehensive list of cartoons released in 1985. I've tried to tally as many as I could, but if I missed one of your favorites, feel free to add it to your list. Let's Rank 'Em!!! 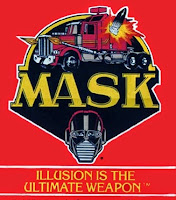 When I was asked to pick my top 5 shows from 1985 I immediately knew I was putting M.A.S.K. as number one. It’s been my favorite cartoon for as long as I can remember. The other four were a lot harder to pick, but here goes nothing. For my second choice, I’ve gone with Disney’s Adventures of the Gummi Bears. The Disney Afternoon shows were all top notch, no question about it. Third up, I’ve selected Thundercats – I still think about how cool it would be to drive a Thundertank. My fourth pick might seem odd, but I always liked She-Ra: Princess of Power, and I believe that the character has really endured. Last but not least, rounding out my top 5 is G.I. Joe: A Real American Hero. Without a doubt, G.I. Joe is one of the best known and prolific cartoons to come out of the 1980s. 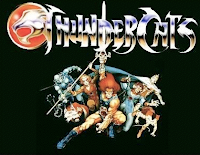 For those of you who know me, my list might come as a surprise. I decided to go with Thundercats as my top show purely based on the show itself. I remember so many great places and creatures on Third Earth that made the show very adventurous. (I also owned the electronic Cat's Lair if that tells you anything.) In the same way, I have fond memories of Disney's Adventures of the Gummi Bears and the exploratory-type episodes. The one with the piccolo that calls the dragon is ingrained in my memory forever. I still do love M.A.S.K., mainly for the toys as a kid. After reviewing episodes now though I know it has more flaws than the others above it. I also enjoyed running home from the school bus stop to watch G.I. Joe: A Real American Hero. The mini-series episodes earlier in the '80s and the introduction of Serpentor are the ones I remember enjoying most as a kid. I was also a huge WWF fan as a kid and remember watching Hulk Hogan's Rock 'n' Wrestling on Saturday morning. There were better shows but I liked the colorful characters made it fun to watch.

Honorable Mention: She-Ra: Princess of Power (which I did watch on occasion), Silverhawks, Jayce & The Wheeled Warriors

Now it's your turn to Rank 'Em! Post your Top 5 list in the comments below and also let me know if you're interested in being the guest ranker for a future topic.