10 Most Repetitive '80s Songs That Get Stuck In Your Brain 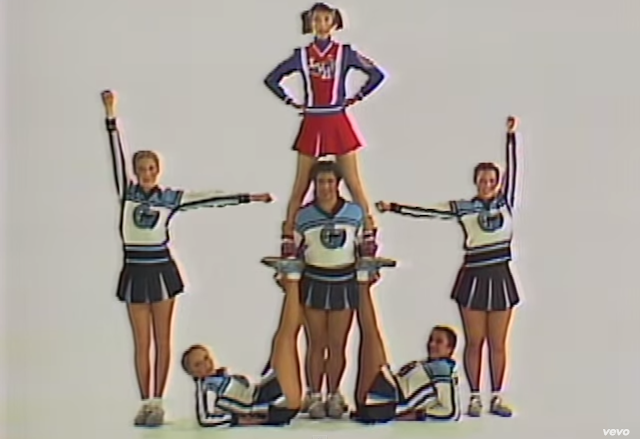 (WARNING! Proceed at your own risk! Rediscover the '80s takes no responsibility for mental breakdowns or personal harm afflicted after listening to any songs in this article.)

It's crazy how random songs just pop in your head and can stay lodged in your brain for days. If you are an avid listener of '80s music like I am, several repetitive songs seem to be the main culprits. These tracks can torture you by rhythm or by lyrics and sometimes both!

This lists contains 10 of the most repetitive songs from the '80s that often get stuck in my brain. Just for clarification, I'm not saying I dislike all these tracks. Several you will see are well known hits that lived on the top of the US pop chart. In fact, a few songs on this would make it into my '80s favorites, but some are probably in the unlistenable category for any music lover.

Feel free to add more to the list in the comments section!

"Tom's Diner" by Suzanne Vega - This song was actually an a cappella song written in '87 by Vega while visiting Tom's Restaurant in New York City. The real culprit behind making this song popular is the British group DNA who added the backing music in 1990.

"Iko Iko" by Belle Stars - This song reached it's repetitive peak after being featured on the Rain Man soundtrack in 1989. This version is actually a cover of the 1965 by The Dixie-Cups which was featured on another '80s soundtrack, The Big Easy. The songs keeps haunting moviegoers about every 5 years with other recent soundtrack appearances including The Hangover and Mission Impossible 2.

"Da Da Da" by Trio - This insanely repetitive track was nicely tucked away in music history until the marketing team at Volkswagen decided to unearth it in a 1997 TV campaign. Since then, the track has creeped its way into '80s stations and shows everywhere.


"Mickey" by Tony Basil - I'm pretty sure the benefits of watching a music video full of cheerleaders do NOT outweigh the lasting effects of getting this song stuck in your head. I don't blame Mickey one bit for not understanding this chick.


"Shout" by Tears For Fears - Being a TFF fan, this is one repetitive track I can stand. In it's defense, the song does have a natural progression of verses which at least breaks up the recurrent chorus.


"Whip It" by Devo - Another track that I absolutely love in all of its synthesized glory. The rhythm and lyrics though are very mechanical which is why it deserves a spot on this list.

"Don't Worry Be Happy" by Bobby McFerrin - I would been happy if I had never heard this track. It's unbelievable that this a cappella song made it to #1 and even won a Grammy award. Not even Robin Williams appearance in the music video could remotely entice me to press play.


"Got My mind Set On You" by George Harrison - As a teenager, I found the music video highly entertaining. All the activity in the room and on the wall made it feel like being on a ride at Disney World. Now, the lyrics are just far too repetitious for my ears.

"Hot Hot Hot" by Arrow - Most of us remember the Buster Poindexter version and doing the limbo at the local roller skating rink (well, at least I do.) The original version was released several years earlier, but still featured all the "hot-hot-hots" and "oh-lay-oh-lays" that your ears could stand.

"I'm Goin' Down" by Bruce Springsteen - Go down already! I'm not the biggest Springsteen fan by any means, so this track usually got skipped over while listening to the Born in the U.S.A. album.

What are some other repetitive '80s songs that get stuck in your head?
Newer
Older
Powered by