One of the classic sitcoms from the '80s was Punky Brewster, the story of an young girl abandoned on the streets of Chicago who befriends and is eventually adopted by a lonely widower. It was a very charming story that aired for four seasons on NBC from 1984-86 and starred the duo of Soleil Moon Frye and George Gaynes. The show would also spawned an animated spinoff It's Punky Brewster in 1985-86. 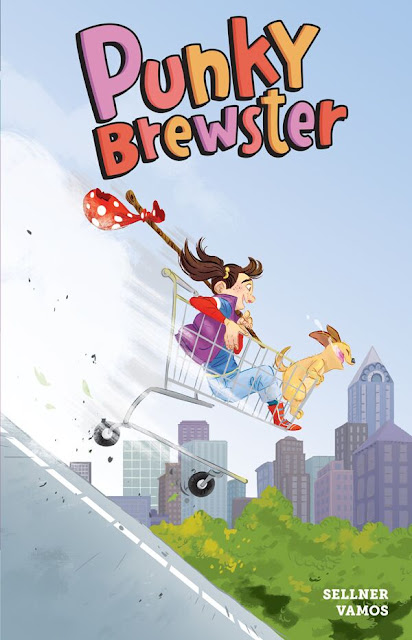 Skip ahead 30 years and Roar Comics, the middle-grade reading division of Lion Forge Comics, has rebooted the classic series as a graphic novel! The transcendent message of this non-traditional family has a new home available now in digital and paperback formats. Listen to what Roar Comics has to say about their new Punky Brewster series:


Just like the original, our graphic novel Punky is a bright eight-year-old girl who has been abandoned by her mother and lives on the streets of Chicago with her puppy sidekick. Punky thinks she doesn’t need help, but after getting picked up by the police she enters a foster home where she meets Henry, a long-lost relative. Punky decides he’s the adoptive dad for her but she has to convince the foster home, judges and lawyers, and possibly Henry himself. Luckily, she’s got an unbeatable resource — her limitless reserve of Punky Power! Television veteran Joelle Sellner (Teen Titans, Avengers: Earth’s Mightiest Heroes) and breakout new art talent Lesley Vamos have crafted a fun, funny, and real story about one little kid’s unassailable optimism and indefatigable search for a place to call home. 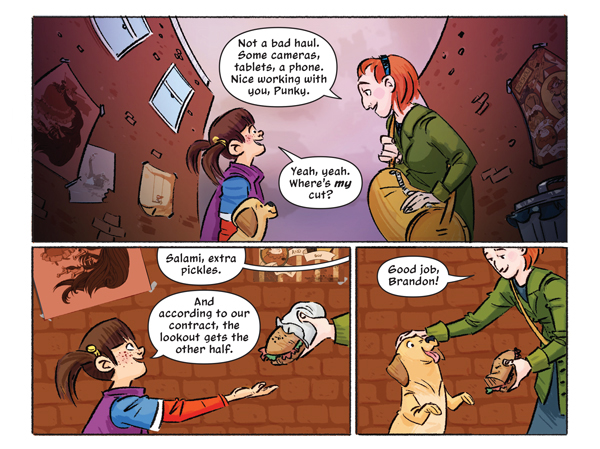 I've had the opportunity to read the complete Volume One series and enjoyed it very much. My immediate reaction upon finishing was to seek out some old episodes on YouTube. In comparison, the new graphic novel captures the heart of the original series while adjusting the origin story to reflect more aspects of foster care. Punky is still that gruff, intelligent kid that runs away and can take care of herself on the street, but the new story incorporates more of the foster system than I remember from the TV show...and I believe that's a good thing. Adoption and foster care seemed to be more prevalent on TV in the '80s with popular shows like Diff'rent Strokes. The modern twist on Punky's tale still keeps the charm of the story while educating middle-schoolers on foster homes and parenting. I enjoyed reading on the shear nostalgia factor and Punky Brewster fans will as well, but I also wouldn't hesitate to give to my 10-year old or 8-year old to experience "Punky Power." 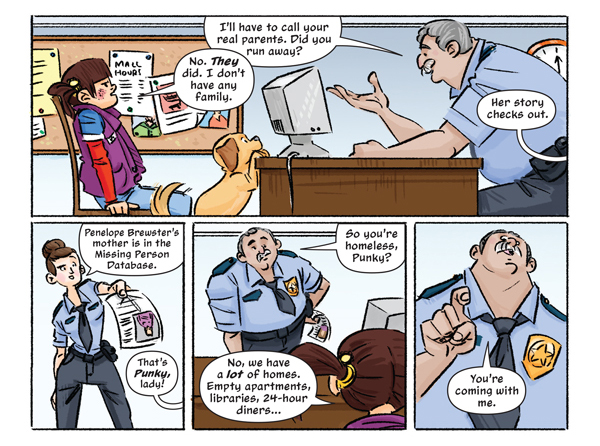 Punky Brewster: Volume One includes the first 8 comics released by Roar Comics in one collection. It's the complete story of meeting Punky, her transition to foster care, the growing relationship with Henry, and their court battle to official grant Henry adoption. The Volume One paperback is now available on Amazon which is currently less than $10 or you can download individual issues through Amazon Kindle, ComiXology, or Comic Plus stores and apps.

Check out the RD80s review and podcast of Knight Rider #1 too!
Newer
Older