Streaming The 80s: Back To The Risky Gremlin Adventure 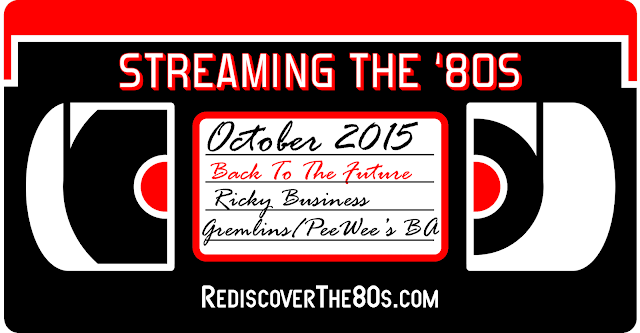 They're baaaaaaaack! Yes, THEY and hopefully better than ever. My monthly review of new Netflix titles which was previously called the "Netflix '80s Fix" has now become the "Streaming The '80s!" Why you ask? Partly because I finally have an Amazon Prime streaming account so I'll be adding new titles from that streaming service to each monthly post. But the change mostly happened because Netflix crapped on October and gave us only two new '80s titles to watch.

So with that, it's time for a new logo! With a new name comes a new video cassette logo, customized for each month with sharpie headlines written on the tape instead of movie posters like I used to do. I'll still be keeping the same layout, except this time you'll need to check whether the new titles are on Netflix or Amazon Prime. Also, instead of just a top 20 list for Netflix, you'll be getting two top 10 lists for both Netflix and Amazon.

For those of you who remember the short-lived 1986-87 animated series The Popples, Netflix will be releasing their rebooted series on October 30, 2015. If you would like to rediscover the original cartoon, check out this YouTube playlist that features the first 20 episodes. 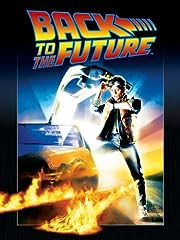 Back To The Future (1985)
Rated PG Amazon Prime
Marty McFly (Michael J. Fox) is blasted to 1955 in the time machine created by Doc Brown (Christopher Lloyd) and finds himself in a time-shattering situation that jeopardizes his future.

Part II and Part III are also available on Amazon Prime for the entire month. Rediscover this classic trilogy as we approach BTTF Day on October 21, 2015, the actual date Marty visits in Part II.

Rated R Netflix
With his parents on vacation, teen Joel goes wild and gets into one mess after another, prompting his desperate attempt to make lots of money fast.


I was never really a fan of this movie. It's probably because I was too young when it came out and didn't see it until the '90s. Nonetheless, the "Old Time Rock and Roll" lip-sync scene remains one of the most iconic of the '80s and Tom Cruise's career.

Rated PG Amazon Prime
A small town is besieged by some furry and not-so-cute little creatures after a young man ignores the warnings of a wise elder regarding their care and feeding.

It's been years since I've watch Gremlins which I'm sad to say. I'm anxious to revisit the PG horror classic since we are approaching Halloween (even though I guess it's more of a Christmas movie.) I also want to see if my boys are ready for it even though I saw it at a pretty young age. 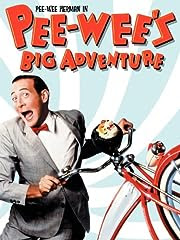 Rated PG Amazon Prime
This surprise hit showcases nerdy superstar Pee-wee Herman in a mad-cap comedy-adventure about a unique "rebel" who takes to the road to track down the kidnappers of his beloved bicycle.


Pee-Wee's big bike-stealing adventure moves from Netfilx to Prime this month. I think I've watched it at least 3 times in the past couple months with my boys and they loved it. Although, they were introduced to the Playhouse first which I think helped their interest.


It's been several years since I've watched the original, so I'll probably wait to rediscover the sequel. If my memory serves me well (which it does on occasion), I think Jason Bateman's version paled in comparison to Michael J. Fox's version.

'80s Pop Ten Lists
Here are the 10 most popular '80s movies or TV shows currently available on Netflix and Amazon Prime. Since the Prime list is new, I'll have the previous location on the list only for Netflix this month.

Removed from Netflix was Star Trek II: The Wrath of Khan.

If you've missed last month's post, visit the Netflix '80s Fix archive. Most featured titles should still be available to stream. Also, feel free to comment with any movies or shows you've recently rediscovered on Netflix or Amazon Prime.