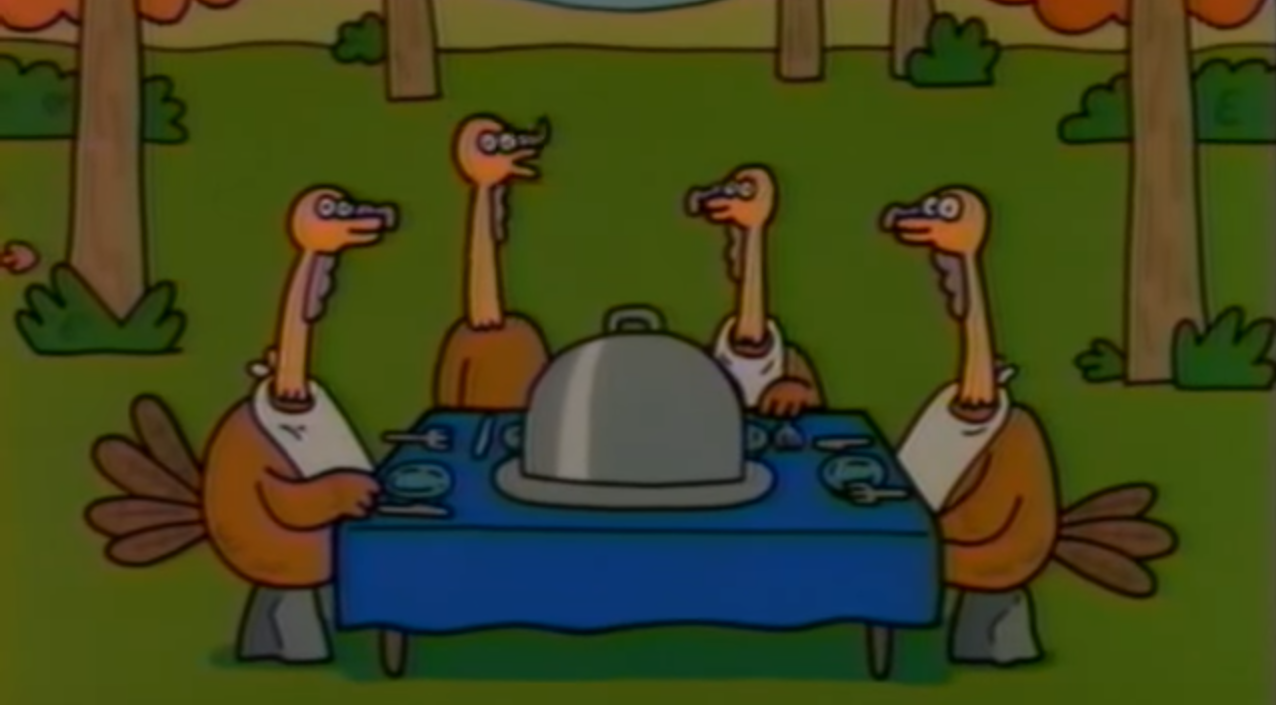 Before Nicktoons launched in the early '90s and debuted original animated shows like Rugrats and The Ren & Stimpy Show, Nickelodeon primarily broadcasted reruns of older cartoons or imported shows from foreign companies. Nick did use original animation during their commercial breaks like all those Doo-Wop Bumpers, but it wasn't until 1989 that the first original animated special was produced.

Nickelodeon first dabbled into animation with the Christmas in Tattertown special released in 1988. Ralph Bakshi Productions created the special for Nickelodeon, but it wasn't until the following year that the first in-house project happened. Nick's Thanksgiving Fest released in Nov 1989 was the first Nickelodeon project for Vanessa Coffey who later became executive producer for Doug, Rugrats, The Ren & Stimpy Show, and Rocko's Modern Life.

The half-hour special consisted of two parts "Thanksgiving Nightmare" and "Thanksgiving Dreams" which were interwoven with several mini-segments. These small gags were really the forerunners of Nick animation to come. Despite the average ratings, Nick's Thanksgiving Fest gave executives enough to move forward with original animated content that now has a 25-year legacy. Enjoy rediscovering this forgotten Thanksgiving special that truly launched Nickelodeon animation.