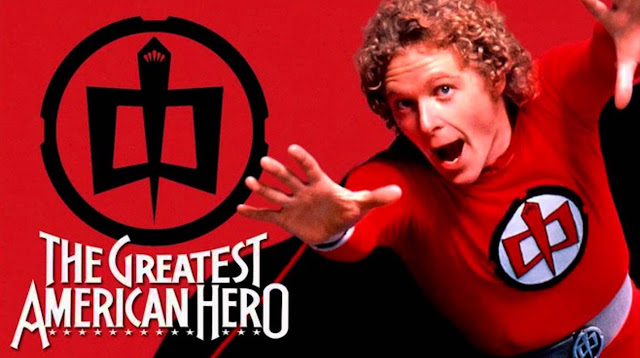 Stephen J. Cannell's 1981 TV series Greatest American Hero is the latest '80s show to get the reboot treatment. GAH will get a 2nd chance to fly on network television with Deadline reporting yesterday that 20th Century Fox has committed (for a 2nd time) to produce a pilot based on the original series.

Phil Lord and Chris Miller (21 Jump Street Films, The Lego Movie) will executive produce the show who led a reboot effort last year which also led to a pilot commitment that never happened. This time the duo will team with writer Rick Famuyiwa (Dope, Our Family Wedding) along with Cannell's daughter, television director Tawnia McKiernan.

If you'll remember, 20th Century Fox and McKiernan just announced a reboot series for The A-Team this past September. If you're keeping score at home, Riptide and Hardcastle and McCormick should probably move up as the odds-on favorites to become the next '80s TV series reboots.

I'm actually not too upset about a Greatest Amercian Hero comeback. Obviously, the upgrade from practical effects to CGI should help the show. Plus, with the superhero market at an all-time high, the new series should have a decent shot at pulling in an audience. Personally I remember the show more for the original theme, written by Mike Post and sung by Joey Scarbury. I had the 45 record single as a kid and remember it being in my regular rotation on our stereo. (I wonder if they'll hire someone like Fall Out Boy to produce a modern cover. Ugh.)

All this hype also peaked my interest to watch a few episodes. Although I was surprised to find the first season at a reasonable price on Amazon, FREE is better!! Believe it or not, Superhero Television posted all 44 episodes on YouTube about 2 years ago. Join me in rediscovering this '80s classic TV series on YouTube or through the embedded playlist below...